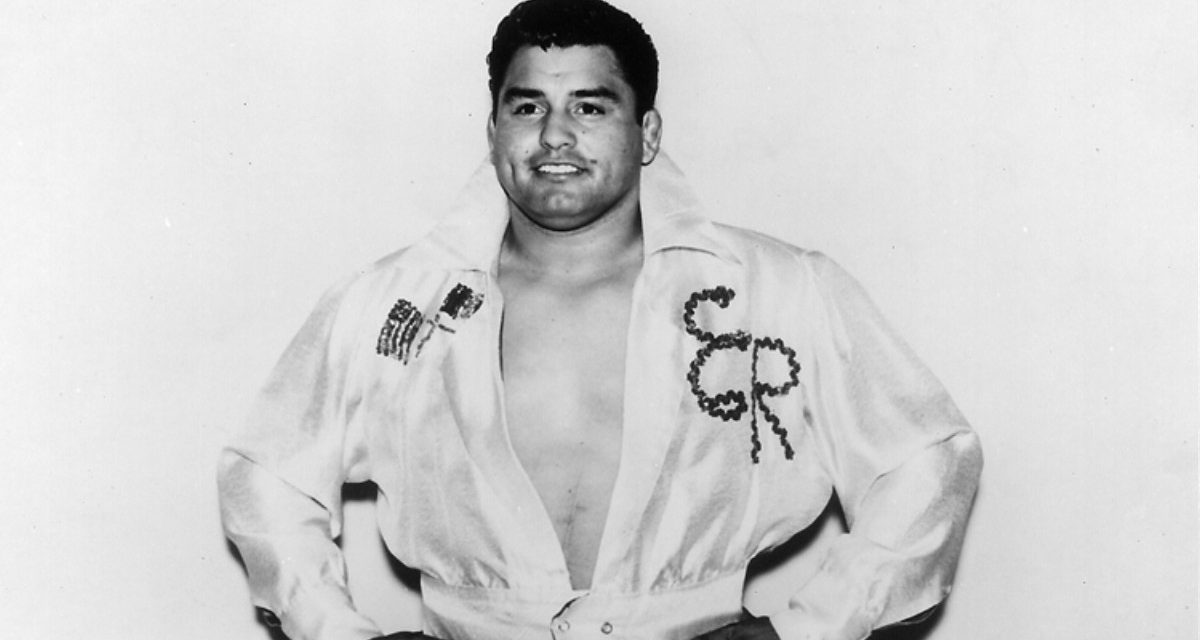 Ricky Romero, patriarch of the Youngblood wrestling clan, has died in Texas of complications from diabetes.

A star in his own right, Romero had a long, successful career, often centered out of Amarillo, Texas, where he was best friends with Dory Funk, Sr., who spawned his own wrestling kin in Dory Jr. and Terry Funk.

In his autobiography, Terry Funk wished that he could have wrestled against Romero more, whom he always respected. But they were both always babyfaces in Amarillo. “One I learned a lot from was Ricky Romero,” Funk wrote. “I made a lot of trips with him, and he was as good a Mexican wrestler as there was in the United States in the 1960s.”

Born in San Bernadino, Calif., in May 1931, Enrique Gregory Romero was a baseball player as a youth, but declined an offer by the Giants to enter into the minor leagues. Tall for a Mexican at 6-foot, he was recruited to be a wrestler by Professor Romero and Professor Diablo Velasco. After two years of training, he made his debut, and within a few weeks, had moved into main event slots.

After four years, he was invited to Los Angeles by promoter Jules Strongbow, but he never made the big time there. Danny McShane invited him to Houston, but that didn’t last because the territory already had Mexicans in El Medico, Blackie Guzman and Pepper Gomez. So the call to go to Amarillo for promoter Doc Sarpolis would have seemed to have been a godsend. It wasn’t.

The bookers in Amarillo, Al Lovelock and Tommy Phelps, kept Romero in the little towns, out of the big cities like Amarillo, Lubbock and Odessa. “I was making twenty-five dollars in the little towns, and the other guys are making money,” Romero told historian Scott Teal in 1997. “I finally couldn’t take it no more.” Romero quit wrestling and left for Los Angeles, where he worked painting plane parts.

When Dory Funk Sr. took over the booking duties in Amarillo, he convinced his boss, Sarpolis, to give Romero (whom he called “Mexican”) a $1,500 per week guarantee — a lot of money in 1960. Funk Sr. “made” Romero by wrestling — and losing to him.

“If it hadn’t been for Dory, I would never have made it,” Romero told Teal. “Dory went all the way to help me the best he could, beause he knew that I could produce.” (Romero would later help train Dory’s sons Terry and Dory Jr., as well as Ted DiBiase.)

Most people connect “Rapid” Ricky Romero with the Amarillo wrestling territory, and many old colleagues remembered meeting him near there. (Romero would later own a percentage of the territory before Dory Sr. died.)

“I worked with him a lot in Amarillo in the late ’70s and he was so over there with the people, that it is hard to describe,” said Sir Oliver Humperdink. “He had a great and loving family that I got to know a little while I was there. Of course I knew Jay Youngblood (his son) pretty well. A great talent and a super individual.”

“I met Ricky Romero in 1973 on my first visit to West Texas,” recalled J.J. Dillon. “He was a great performer that withstood the strongest test, the test of time. It is a sad loss, and Ricky will be greatly missed by all of us that knew him.” 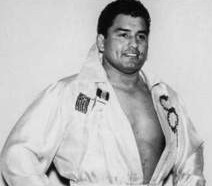 “Big” Bill Anderson was one of those kids who worshiped Romero as a fan, watching the TV show from Amarillo in Phoenix, Arizona, and got to know him a little when he got into the business himself. “Ricky always impressed me with his fire in the ring as a babyface. I admired his mat skills a lot,” said Anderson.

“I never met Ricky until a few years ago at the Cauliflower Alley Club (CAC) reunion in Las Vegas,” Anderson said. After the dinner, someone pointed out Romero to him, sitting alone in his wheelchair, having lost both legs to diabetes. “There were at least 500 men and women in attendance, yet this legend sat alone! I went about five tables over and knelt down to introduce myself to him. I told him how I watched him 30 years ago on the old Amarillo tapes and he was my hero growing up and that he was a legend. Tears came down his face as he thanked me. He seemed to be a very humble man. He graciously posed for a photo with me.”

Chief CAC photographed Dr. Mike Lano took many shots of Romero at the events. “Ricky was honored a few years back at the CAC in Los Angeles and posed with his old friends John Tolos, Tough Tony Borne, Moondog Eddie Moretti, Lou Thesz, Bruce Swayze and others,” said Lano. “Ricky began coming to CAC regularly which he said he looked forward to every year. ‘Right after I come, I can’t wait to come back! I really like seeing everyone and miss the guys we keep losing.'” 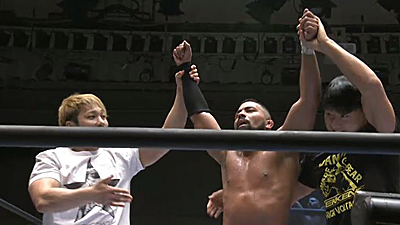 Like Anderson, Lano recalled Romero’s last CAC visit, when he was in a wheelchair. “He didn’t let it get him down and brought a dignified face to disabled wrestlers that included Al Hayes, Mad Dog Vachon, AWA announcing great Roger Kent and Stu Hart — all four in wheelchairs that year, posing for one last group shot.”

Through Jay, Mark and Chris Youngblood, Romero’s name continued to be known to the 1980s generation of wrestling fans.

“I only met Ricky for a few minutes at a show in Texas back in the ’80s,” recalled magazine editor Bill Apter. “I remember his friendly demeanor and how graciously he thanked me for being one of many that covered his sons in the wrestling magazines.”

James Beard got to know Ricky Romero through his children as well. “Ricky Romero was a guy who was easy to like and love. As one of Texas’s most popular wrestling stars, he fit his role as a fan favorite to a ‘T’. Inside and outside the ring, he made friends and fans feel his good-hearted qualities and sincerity. But, to me, one of his greatest and most revealing traits was as a father who loved his children and instilled in them those same qualities that made him so great and so well loved,” said Beard, who worked for years as a referee and in other capacities. “When I had the opportunity to be around and work with Ricky Romero’s sons, I saw his influences and had the opportunity to see, firsthand, how a guy’s character and skills could be passed down to the next generation. I believe Ricky’s greatest legacy is not that he was beloved by his fans or that he was a great wrestler, though he was both. I believe the thing that says the most about him is what he so obviously instilled in his offspring and how they have continued his legacy.”

Former WWE announcer Jim Ross first met Romero when he was breaking into the business in Tulsa, Oklahoma, doing publicity and learning to referee in the early ’70s. “I do remember Ricky being so professional, always being on time and taking great pride in his work whether he was the first match or in a main event level presentation,” said Ross. “Ricky was so fundamentally sound that his in ring skills would surpass many of today’s ‘main eventers.'”

Ross also recalled Romero’s emphasis on his family. “Ricky placed a high value, as he should, on family and kept everyone in the locker room appraised on what was going on in his household especially with his boys. I always thought Ricky was underrated by many within the business. If he had the inkling or desire to be away from his family, who he wanted to stay in one school, Ricky’s career would have been perceived much differently by many wrestling historians. Ricky’s natural fire and emotion reminded me of Eddie Guerrero many years later. Ricky was a smooth as Tito Santana and as reliable as anyone you would ever meet. He wasn’t a bodybuilder but looked like an athlete and knew his craft expertly. In today’s marketplace with his in ring skills, Ricky Romero would be a huge star to his fellow Hispanics and other fans as well.”

Dario (“El Negro”) and Alberto (“Lumberjack”) Romero, Ricky’s brothers, also worked in the business. Ricky Romero had five children, and three got into wrestling using a family name (often wrongly attributed to their mother’s maiden name, which was actually Marrujo): Steve, who worked as Jay Youngblood and died in 1985, Mark and Chris.

Romero had been battling diabetes for years, and was a double amputee. He was in his 70s.