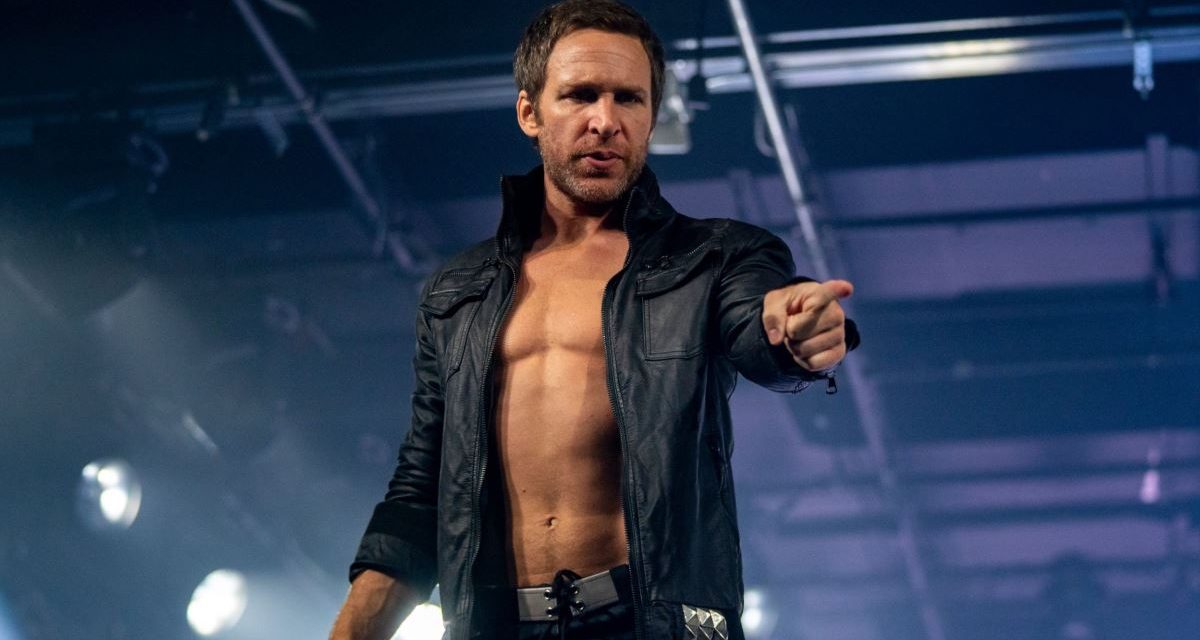 OSHAWA – As TNA Wrestling’s stock continues to rise, so too does the stock of Chris Sabin. SLAM! Wrestling caught up with the X Division standout at the Great Canadian Wrestling Expo in Oshawa this past weekend to discuss his thoughts on the X Division and the promotion as a whole.

During the summer, when TNA stopped airing their weekly program, IMPACT!, on Fox Sports Net, the organization appeared to be in disarray and spiraling downward. Signing the contract with SPIKE TV gave the promotion an air of legitimacy; it also allowed TNA officials to focus on the in-ring product, instead of having the pressures of finding a new network television home. 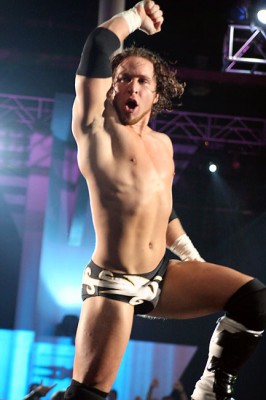 The 5-foot-10, 210-pound Sabin believes that TNA is in a solid state right now. “TNA is just beginning to get in its groove; we’re getting good ratings on SPIKE and getting where we need to be,” he told SLAM! Wrestling. “The TV shows and pay-per-views are better each month, so I think this is just the beginning of where TNA is going to be when it gets really huge.”

The difference exposure-wise between TNA television being on Fox Sports Net and SPIKE TV is like night and day. SPIKE TV already has a wrestling following from its five years of WWE coverage and can now try to continue that success with the TNA brand. “Fox Sports Net isn’t really a well known channel, SPIKE has a bigger demographic. A lot more people know about SPIKE, and it’s nice that my friends and family can see me and the other wrestlers on TV a lot easier,” explained Sabin, who hails from Detroit. The larger network and easier viewing access for the general public can only bode well for the future of TNA.

Something that has kept fans tuning into TNA Wrestling time and time again is the always entertaining X Division. With its slogan being “It isn’t about weight limits, it’s about no limits,” the X Division has certainly developed into the showcase of TNA. One type of match in particular has become a major drawing card for the promotion. This is The Ultimate X Match, which has cables crossing over the ring in an ‘X’ formation with a giant red ‘X’ hanging from the centre. This death-defying contest combines athleticism with acrobatics, the object being to climb across the elevated ropes and grab the ‘X’ (or X Division title) first.

However, with any great idea there runs the risk of overexposure. When TNA Wrestling delivered an Ultimate X Match on a free SPIKE TV primetime special earlier this month, there were rumblings in the wrestling community that giving away this specialty match on television was a mistake. Too much intense “Ultimate X” action on a consistent basis could result in fans becoming accustomed to the extreme nature of the match, similar to WWE followers getting used to the hardcore style of the late 1990s.

Sabin, 23, agrees that using that particular match on a regular basis would damage its uniqueness, but believes the use of “Ultimate X” on the primetime special displayed the hard-hitting attitude that TNA is all about. “This past week’s Thursday show was the biggest show that everyone would get to see. Not as many people buy the PPV as who watch the free TV shows. Giving the audience a taste of it (Ultimate X match) on free TV, then maybe if we don’t do the match for awhile, then when we bring it back it would give people more incentive to buy the pay-per-view,” Sabin said.

With the X Division’s popularity at an all time high, one has to wonder, where does it go from here? A former X Division champion, Sabin is incredibly optimistic about what the future holds. “The X-Division is kind of TNA’s selling point. New guys like Samoa Joe, Austin Aries, and Roderick Strong really add to the mix. With those three new athletes I think we have enough X-Division guys to only get better from here.”

The recent departing of Jay Reso, better known as Christian, from WWE has started the rumor mill around the wrestling world. With Reso living close to TNA television headquarters in Orlando, Florida, it is only natural that the former “Captain Charisma” would take a look at competing for the promotion.

Certainly someone with Reso’s star power would be a fantastic addition to the TNA locker room and may even attract some WWE viewers to take a look at the “competition’s” product. Sabin believes that the celebrity rub from Reso would be excellent for TNA. “I think that would really help having someone as popular as he was in WWE. That would be really cool; he’d do nothing but help us out.”

Besides signing established stars to the roster, TNA has recruited some top talent from the independent circuit. Some of the company’s most prominent rising stars, like Sabin, were plucked from the indy scene and are now impressing on a national level with TNA Wrestling. Sabin still makes the rounds with the indy promotions on his days off and has noticed some high caliber athletes along the way that may be TNA material in the future. “A couple of guys out of the Ring of Honor shows are really good, such as Jay Lethal. Also, Claudio Casanova, who’s new in ROH, is absolutely amazing in the ring and I think he definitely deserves a shot.”

The state of TNA Wrestling appears to be growing stronger by the week with their quality matches and at times, innovative style. The promotion will get their chance to impress once again this Sunday with “Genesis” coming to fans live on pay-per-view at 8 p.m. The X Division will be well represented at the event with a championship bout pitting champ A.J. Styles against Petey Williams, along with an Elimination X Match that includes Sabin.