Fans of hardcore wrestling will be getting a few more chances to see their favourite Extreme Championship Wrestling superstars together in the ring again.

Hardcore Homecoming, the group which ran an extremely successful ECW reunion show on June 10, 2005, is getting set to run a tour across the United States.

Titled the Extreme Reunion Tour, Hardcore Homecoming will be presenting a total of six shows, with three dates confirmed so far. The company will make stops in Cleveland (September 16), Pittsburgh (September 17), Buffalo (September 18, since cancelled), Chicago (TBD), Tampa (TBD) and Philadelphia (TBD) as part of the initial tour. 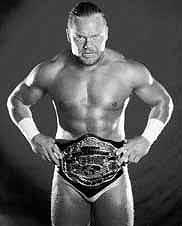 Shane Douglas, the front man behind the initial Hardcore Homecoming show, told SLAM! Wrestling in an exclusive interview that the support for the reunion event at Viking Hall in Philly, plus a positive response through the show’s website, made the tour an easy decision.

“We decided to take Hardcore Homecoming on tour because of the overwhelming reception the June 10th show received. It was a smashing success from both a critical and a business standpoint. Also, since the June 10th show sold out so quickly (three days), we felt strongly that all ECW fans should get the opportunity to attend Hardcore Homecoming at the same venues ECW used to frequent, like The Agora Theatre in Cleveland, the Golden Dome in Pittsburgh (Monaca, PA), and the Burt Flickinger Center in Buffalo,” Douglas said.

“We heard from literally thousands of fans that couldn’t attend the June show for varying reasons,” he added. “Some were unable to purchase tickets due to the incredibly fast sell-out (we even saw tickets sell on eBay for $1,200 dollars a pair!), while others were unable to physically get to Philadelphia. Thus, we had a poll on HardcoreHomecoming.com asking the fans what cities Hardcore Homecoming should invade next. Nearly 3,000 fans responded to the poll in 36 hours, and we saw a huge demand for the three cities on this tour kickoff (Cleveland, Pittsburgh and Buffalo).”

While these shows will go ahead, as well as future dates, two considered cities will not be part of the initial tour, due to the effects of Hurricane Katrina. “We had also scheduled New Orleans, and Baton Rouge but, unfortunately, those dates now won’t be happening,” Douglas said, “and all of us at Hardcore Homecoming send our sincerest condolences and prayers to all the people suffering in that region.”

While the company will not be able to run shows in Lousiana, they will be lending their suppport to the region. Fans who attend any of the Extreme Reunion Tour shows this weekend will have the opportunity to make a donation to the American Red Cross. Anyone contributing at least five dollars will receive a wristband, entitling them to participate in a post-show autograph session.

As wrestling fans are well aware, the wrestling landscape has changed since the first Hardcore Homecoming show, as numerous wrestlers were let go by World Wrestling Entertainment. Because of this, other ECW alumni such as Bubba Ray and D-Von Dudley will be able to participate on the Extreme Reunion Tour, along with returning talent such as Douglas, Terry Funk, Sabu, Raven and Sandman among others. While the former Dudleys, now known as Team 3D, have been confirmed for the shows, Douglas was quick to note there will be a couple surprises along the way.

“I would love to tell you all the talent we’ve picked up from the WWE,” Douglas told SLAM! “However, we also like to surprise the fans with a little trick we originated in ECW called ‘Lights Out.’ At a Hardcore Homecoming show, you can bet that along with all your favorite heroes of hardcore, there will definitely also be some ‘Lights Out’ surprises.”

Inevitably, there will be fans following the alumns from city to city, and Douglas wants to ensure that each and every show will be different. “The cards will change from city to city,” he said. “We are doing this because we want to offer as much nostalgia and history to our fans as possible. This way a fan that comes to the Cleveland show may want to come to the Pittsburgh show the next day because of the different talent and matchups being promoted there.”

“We also feel strongly that we wanted to be able to circulate as much of the ‘family’ through the shows as possible,” Douglas added. “We wanted to make sure everyone that lost their asses with bounced cheques, and all, had a chance to recoup some of what they earned in ECW and were cheated out of! So, yes, the cards and talent will change from show to show, but all matchups will emanate from old storylines and feuds.”

“Well, that all depends on the fans. If they like what Vince [McMahon] has been shoving down their throats, then I doubt there would be a need for and Hardcore Homecoming. If, on the other hand, any fans out there agree with the old Franchise that something from Stamford smells like s**t … then I do believe you will see recurring Hardcore Homecoming tours as often as all of our schedules would permit,” Douglas said.

“No doubt there will be, at the very least, a yearly blowout show like in Philly, and possibly a tour that wrestling fans will actually want to go to because they’ll be assured that the product will play to their hardcore and extreme tastes, not insult their senses or sensibilities.”