Students get chance at Buffalo clinic

BUFFALO, NY — Prior to BallPark Brawl IV, 24 young hopefuls got the chance of a lifetime, stepping into the ring and for class with four of today’s top stars. The game plan was simple: listen, participate and learn; but there was an bonus as well — the person who impressed the trainers the most would get a spot in the Six-Way Elimination Match later that night.

With the July sun beating down as noon came around, Team Canada members, Coach Scott D’Amore, Petey Williams and “Hot Shot” Johnny Devine, as well as TNA phenomenon, Chris Sabin, stepped into the ring to teach their students of the day some tricks of the trade. 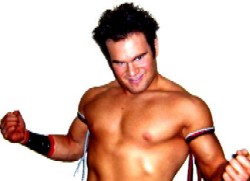 Students traveled far and wide just for the shot to be in the same ring and to learn from some of the greatest minds in the business, and they were not disappointed.

“The clinic with Scott D’Amore was amazing. You need two things to be in this business, you need talent, and you need to be smart enough to listen to guys who have been in the business as long as Scott D’Amore. Everything he taught me I am going to take home with me. Petey Williams, Chris Sabin and even Kid Kash came out later to help out. I can’t tell you everything I learned today, and we didn’t even do anything crazy like you may see on TV, if you learn the basics, you can learn anything, and that’s what Scott D’Amore taught me,” an enthusiastic Chris Cooper of Empire State Wrestling told SLAM! Wrestling.

The clinic started with D’Amore and company getting into the ring and teaching hip tosses, clotheslines and other moves, displaying how to do them properly.

“Scott and the guys really showed me a lot as far as detail and precision. If this clinic did one thing for me, it was that it allowed me to make myself better and learn from some of the best teachers. I couldn’t have asked for a better experience,” said ECPW grappler Jay Santana.

After about two hours in the sun, D’Amore took the students inside for a little Q & A, and a lesson on how to succeed. “We had a lot of great guys here today, it was a little hot, but all the guys stayed out there and had great attitudes, and I think if a good majority of these guys stick with it, we will be seeing them in a lot of different places and on a lot of television sets down the line,” D’Amore professed to SLAM! Wrestling.

After about an hour of Q & A and talking, the wrestlers headed back out to the ring for another hour of in-ring workout and learning the fundamentals. “It’s always good to help out, I was helped out a lot by Scott D’Amore, a lot of guys can be helped out by Scott D’Amore too, it was a fun thing, and I hope everyone learned something from it,” Sabin said.

Once all was said and done, D’Amore and company sat in the locker room for an hour to decide who would be on the show that night. Everyone had high hopes, but were confident that even if they didn’t make it onto the card, they still had received an education unlike any other. 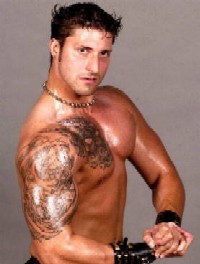 “Scott D’Amore was a huge help, he taught me that it isn’t about being the biggest and best looking or throwing out crazy highspots, it all comes back to fundamentals. If you learn the fundamentals, you can learn anything, the guys that know that are around for years, and are not a flash in the pan. If you can learn that, you’re set,” said Empire State Wrestling’s Damian Alexander.

After a decision was reached, Petey Williams talked to SLAM! Wrestling. “There were a few guys we narrowed it down to, we had to narrow it down to about three or four, and Mastiff was the best pick. I really enjoyed the clinic, I hope all the guys learned, we look forward to doing it again.”

Mastiff was excited at the opportunity that was presented to him, and shared his thoughts on the clinic. “I always like to come out — I’ve only been wrestling for two to three years, so anytime I can come out and get some information from guys who have been around, it’s always a good experience. It was a little hot at the beginning, but it was great. Scott D’Amore came out and taught us to work on character, work on making everything look intense, work on making everything look sharp. Kid Kash came out and helped. All the guys were great and it was just a great experience.”

Devine didn’t stop there. He had one more lesson — “It’s always good to make friends, and be careful whose toes you step on, because they may be attached to the ass you have to kiss later.”