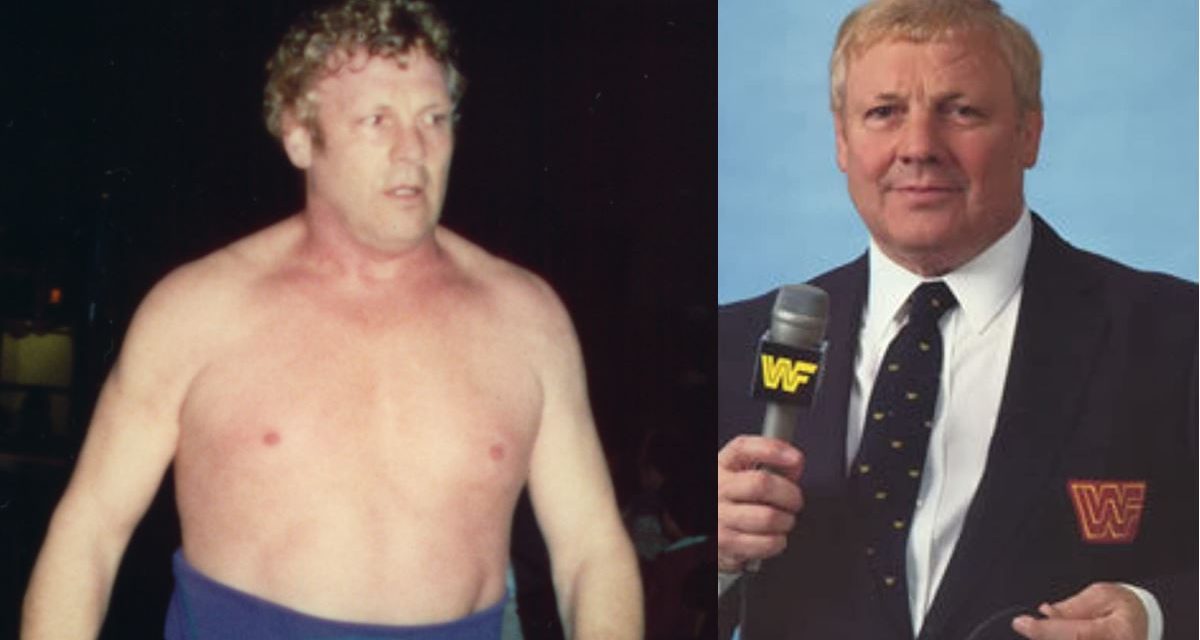 Lord Alfred Hayes will be sent off Tuesday with a funeral service in Plano, Texas. A few of his friends and colleagues shared their memories of His Lordship with SLAM! Wrestling.

Bobby Heenan first managed Hayes in St. Louis in the 1970s. In the AWA, circa 1979, Hayes was turned into a manager with Heenan away in Georgia. Upon Heenan’s return to the Verne Gagne-run territory, he and Hayes battled over the Super Destroyer team of Bob Remus (aka Sgt. Slaughter) and Don Jardine (aka The Spoiler). Slaughter, who was Super Destroyer Mark II, turned on Hayes and sided with Heenan. Hayes would fall to Heenan in a Loser Leaves Town match and head off to Montreal as the manager for fellow Brit Billy Robinson. 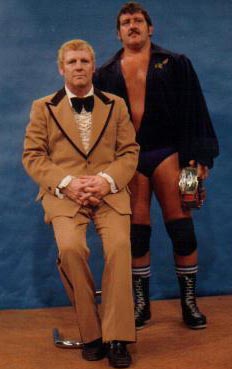 “Lord Alfred Hayes was a very, very good friend of mine,” Heenan told SLAM! Wrestling’s Bob Kapur last week. “I never heard the man say a mean word, I never heard him swear. If he hit a golf ball and it went wrong, he would say, ‘that beastly little thing.’ He was just a true gentleman.”

A few months back, the wrestling fraternity put out word that Hayes was going downhill. “I called him at Christmas, but couldn’t get a hold of him,” Heenan said. “I sent him some pictures of the two of us in a magazine, but I never got to talk to him, and I’m sorry about that. He was one of the most interesting people to talk to on a trip, he just knew about everything. He would tell stories about wrestling in England and in Europe that were just fabulous.”

On the WWE website, Sgt. Slaughter remembered Lord Alfred Hayes, and brought up Hayes’ manners. “He was the perfect Englishman. He spoke Queen’s English and never spoke a bad word in his life. Sometimes we would be golfing and he would miss a short putt. Rather than swearing, which he never did, he would pick up the ball and say ‘you’re a beast. You’re supposed to go into the hole.’ He was a very proud man that never asked for anything. I know that Alfred fought courageously to the end, denying any help, so that when he left this world, he’d have his head held high when he entered his new world. He was just that kind of a guy, very gracious and noble.”

Gene Okerlund knew Hayes from both the AWA and later in the WWF. “I was very close personally with Al Hayes. In the later years, his body kind of broke down, but he always had a quick mind. He had a heart of gold,” “Mean” Gene told Bob Kapur. “He was one of the most entertaining men in the history of the business. I’d put him in the same league as Bobby Heenan or Roddy Piper.”

At the height of the WWF’s expansion, the company used Video One, a TV production company in Owings Mills, Md., outside Baltimore. Bruce DePuyt was one of the people who crossed paths with Hayes there. “Hayes must have lived in the area, because — unlike the others — he was at Video One every day,” said DePuyt, who is now the host of NewsTalk on NewsChannel 8 in Washington, D.C. “A geek from DC with only a passing interest in wrestling, I hated that job. But Hayes made it bearable with his wit, smarts, and gentle manner.” Even then, DePuyt said, Hayes dealt with arthritis. “He battled it long before. In fact, movement of any kind was extremely difficult and painful for him in the mid-1980s, when I knew him. I hope the younger wrestlers who were in and out of Video One all the time got the obvious message: quit before it’s too late.”

Photographer Mike Lano shot Hayes at various times in his career, and as the official lensman for the Cauliflower Alley Club, saw Hayes at functions in 2001 and 2003. “It was so rough seeing Al in the wheelchair at the various Cauliflower Alleys he came to. He told me it was very difficult to get there from his home near Ft Worth, but he never complained,” Lano said. “He was nearly completely gnarled with devastating arthritis. The Tuesday Night Titan comedic foil who was so brilliant and funny opposite Vince [McMahon] Jr in the early days of the nationalization was reduced to this. His mind and brain were still 100% and he remembered me as a snot-nosed mark photographer for Stanley Weston’s magazines, taking pictures of him in England in the early ’70s before he emigrated to the U.S. for Dory Funk Sr.’s great promotion.”

Killer Karl Kox was one of those people who first met Hayes when he arrived in the U.S. for the Funks’ Amarillo promotion.

“He wasn’t that good when he first came over here. It was a different style than over here,” Kox recalled. But later, the London, England-born Hayes really became a great hand in the ring, he said. “What makes those guys so good, Lord Layton, Billy Robinson, Al Hayes, is their British accent. It’s so pure when they speak, and especially everybody here in America, or Canada, take notice.”

The nursing home where Hayes spent his last months is four blocks from Kox’s house, but no one told him when Hayes first moved in there. But for the last month and a half, he’d been to see his old friend regularly. Kox visited Lord Alfred Hayes about five days before he died on Thursday, July 21, 2005 at age 76. “He wasn’t in good shape at all, at all. I said, ‘How you feeling?’ He said, ‘Terrible.’ He said, ‘I want to tell you something. I’ve known you for a long time, I’ve got about five days to go and it’s been beautiful knowing you.’ Boy, I almost lost it there. He couldn’t move any part of his body but his eyeballs. Sitting in a chair, just moving his eyeballs back and forth. I had to sit right in front of him.”

Hayes is survived by his son, Kersten Alexander Hayes, and his daughter, Kandace Nadine Hayes, and three grandchildren.