Saturday, June 18th at NAIT in Edmonton will be another stepping stone in the continued growth of the popular Prairie Wrestling Alliance promotion. Dubbed “Night of Champions” the show will feature a battle royal, a woman’s match, a tag team ladder match and an appearance by WWE superstar Lance Storm.

“We are thrilled to have Lance Storm as part of the show,” promoter Kurt Sorochan told SLAM! Wrestling. “It’s going to be a special night.”

Marky Mark, who along with Phoenix Taylor will defend the PWA Tag Team Championship against the new Karachi Vice, agrees. “It is great, we will probably draw in a lot of fans that haven’t seen the product and our regulars are stoked as well. I expect he will watch the show from backstage and critique us and to get his point of view on it will be awesome as well.” 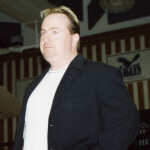 It has been a long road to success for the promotion, which started in March 2001 with shows outside of Edmonton. But Sorochan had been a long-term goal with his promotion, and a lengthy history with the NAIT building.

“I got my start in wrestling when I called the WWF office in Stamford and asked if they had a promoter in Edmonton. They asked me to put up posters and do some promotional stuff in exchange for some tickets,” Sorochan said. “It was perfect timing that I had called, back in 1993. I was sent a bunch of merchandise and tickets and when they came to town a year later they called and asked me to do it again. It is hard to get your foot in the door and I just wanted the experience and to be at the shows. They disappeared for awhile, they had done some shows with another promoter and they bombed. At the RAW show in 1997 I met Bruce Hart and he was talking about Stampede restarting and I said I would be interested in helping out with Edmonton. At the same time I got a call from Carl DeMarco who offered me the Alberta promoter job. I had to make a decision and felt I would learn more working with Bruce. I don’t regret the choice because they set me on the path, I am the only promoter who has done everything all in one night except wrestle.”

Sorochan enjoyed his time with the Harts but a bout with cancer and personal difficulties forced him to take time away from the ring. After beating the disease PWA was born.

“PWA was started by myself, Tex Gaines and Hercules Ayala. My job was to promote, Herc was going to book and Tex was going to handle ring and ring crew. We had a lot of hurdles, our first ring was the shits and we had to rebuild it. It was hard to get a promoter’s license in Edmonton at first so we did some spot shows out of town. We knew we had a lot of bugs to iron out before going to Edmonton. Our first show in Edmonton was March of 2001, and we drew almost 700 people and had great media coverage.”

There have been times when the company has struggled and taken breaks but it has always rebounded.

“It has been a tough haul, Indy wrestling is always searching for money and advertisers,” explained Sorochan. “We have the best support group that we have ever had now. Without the people around me and the fans I wouldn’t be here.”

PWA is on the verge of breaking out. Sorochan told SLAM! Wrestling big plans about the next few months of the company.

“The weekend of July 15 – 17 we will be promoting matches at the West Edmonton Mall Indy Races in front of 200,000 people at the Municipal Airport,” revealed Sorochan. “From there we are heading out on the Northern Exposure tour from July 27th to 31st to cities such as Yellowknife, Hay River, High Level and Grande Prairie.”

It is a small taste of what the months ahead hold, and a chance for talent to prepare for life on the road, said Sorochan. “We are working on a 12-city circuit of Western Canada including Calgary, Red Deer, Lethbridge, Medicine Hat, Kelowna, Kamloops, Fort McMurray, Grande Prairie, Lloydminster, Saskatoon and Regina. We have promoters set up in eight of the twelve cities and are looking at a Southern Alberta tour this fall. We are pretty happy with what we have set up, have some big sponsors coming on board.”

It is great news for those involved in the company.

“It means a lot, it is a huge opportunity to be part of this, having been here from the beginning it feels like the hard work of guys like myself, Phoenix (Taylor), Mr. Grizz and the rest of the roster who have put in the effort has paid off,” said Marky Mark. “I am more than excited (about the expansion). Wrestling a couple of shows a month in Edmonton and Calgary is fun but you need to get out there more. It will be like a vacation from real life to go out there and live the gimmick.”

For Duke Durrango, an Alberta veteran who will challenge Chris Steele for the PWA Championship Saturday, it is the culmination of a slow growth process.

“It is always exciting to have new things happening. I like to see baby steps and not to get ahead of ourselves, but I am excited about it. I am excited for Kurt and am glad to see him excited,” Durrango said. “I hope to see PWA broaden their fan base and be a bigger draw. The better a promotion draws the more money everyone makes. For myself personally I want to help the young guys come along.”

Durrango also is involved with the backstage aspect of PWA, something he picked up while working for Stampede and the defunct Western Canadian Extreme Wrestling. “You get a unique perspective when working with promoters like the Harts who have been around forever and can learn a ton there. Then you go to a promoter who may not know a lot about the business and are relied upon to be the expert. Both sides are a big learning curve because you have to play those roles and learn on the fly. When a guy doesn’t show up or is injured in PWA you learn to deal with it. It is all good experience.”

The company has also had discussions with Border City Wrestling in Ontario about talent exchanges, including talent from TNA. As well Sorochan has spoken to stars like Test (Andrew Martin) and Honky Tonk Man about appearing.

“I would love to bring in some of those guys. We have talked to reps from Border City and are hoping to send some guys out there and have some of their guys come out here as a talent share. I would love to see more cooperation among promoters to book talent across Canada and share costs of big name stars. I have a list of guys we would love to bring in like Jamie Noble, A.J. Styles, Petey Williams. Test is a Canadian boy and is excited about the chance to come up. I want to always promote Canadian talent that is an important thing to do.”

With Lance Storm appearing on the show, rumours have run rampant that a deal is in the works for graduates of Storm’s wrestling academy will move into the PWA ranks. According to Sorochan this is only rumour at this point and he is taking a ‘wait and see’ attitude. “There is no guarantee of doing more with Lance Storm but we have a great relationship already. I am sure he will enjoy what he sees at the show,”

For those involved with PWA, the time to grab for the proverbial brass ring is now. Sorochan is confident that the future is bright. “Fans want to see a bit of everything, pure athleticism, mat wrestling, old school stuff, international styles all combined. We are one of the only promotions that can provide it because we have such a diverse roster. I believe we have the best roster in Western Canada right now and more guys are calling that we just don’t have room for. In one year’s time we want to be the biggest promotion in Western Canada. It would take quite a bit for us to be the number one promotion in Canada but we have a great shot at being on top out here.”

For more on PWA including the line up for “Night of Champions” visit pwawrestling.ca