The Birdman flies back north 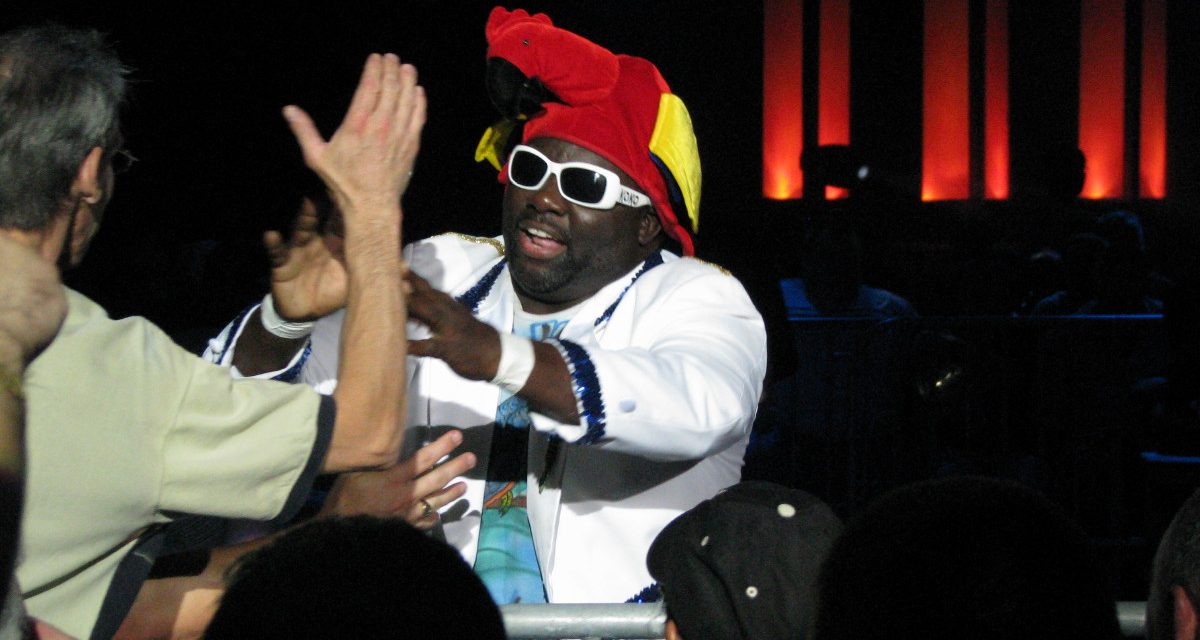 It’s been years since the “Birdman” last flew through a WWE ring, but wrestling fans will have a chance to rub elbows with former superstar Koko B. Ware during the Sportcard and Memorabilia Expo being held from April 29 to May 1 at the Toronto International Centre in Mississauga.

The event marks a rare Canadian appearance for the Tennessee native, who soared to international fame during his WWF run in the ’80s and early ’90s. Always accompanied to the ring by his parrot, Frankie, Ware (born James Ware) quickly caught the fans’ attention with his outlandish ring attire and even more outlandish personality. Although he never won any titles during his WWF career, Ware competed in a number of high profile matches, including a loss to Butch Reed at WrestleMania III. 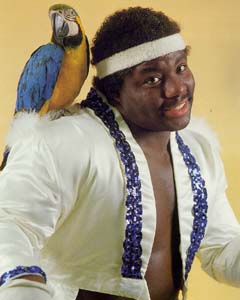 Koko B. Ware and Frankie

“The biggest WrestleMania ever, with all the legends of all time. We hold the record for WrestleMania III, 93,000 people. There’s no one who can beat our record,” said Ware. “That’s what you call a real WrestleMania.”

Ware left the company more than a decade ago, but not before gaining the dubious distinction of losing to Yokozuna in the first match of RAW’s debut episode on January 11, 1993. He made a brief appearance several years later as the “Black” Blue Blazer during an angle with his former High Energy tag team partner, the late Owen Hart. Since then, Ware has wrestled sporadically on the independent circuit in his home state of Tennessee. When he’s not wrestling, Ware runs a commercial and residential painting business, Koko B. Ware Painting. To this day, fans still recognize him on the job.

“We just go and paint, and everybody just says, ‘you’re Koko B. Ware? I’ve seen you wrestle on TV. Oh my God, I was your biggest fan,'” Ware said, adding, “For a good paint job, you can’t ask for a better painter than Koko B. Ware!”

He’s thrilled when fans come up to him and share their favourite Koko B. Ware memory. The “Birdman” wants fans to remember him as a humble man outside the ring and a high-flying, larger-than-life superstar within it. He also hopes the WWE remembers him when it selects its next batch of Hall of Fame inductees.

“I just think the day is going to come when Koko B. Ware might be in the Hall of Fame. You never know. I have waited a long time,” said Ware. “I just want the people to still remember Koko B. Ware. I won’t ever be forgotten, man. It’s going to be hard for the fans to forget a good legend like Koko B. Ware.”

Forgetting wrestlers from the past will be even harder with the company’s WWE 24/7 initiative and its many DVD releases. The current wave of nostalgia sweeping the company has reintroduced today’s fans to yesterday’s stars. Ware believes that he helped pave the way for many of this era’s biggest names.

“Man, I consider that I kind of made the way for Triple H and The Rock himself,” said Ware. “All those guys, they were looking at Koko B. Ware back in the day.”

Ware feels that carefully scripted promos have changed the way that wrestlers interact with the crowd. He thinks today’s stars should be allowed to let their personalities shine through naturally. “Back in our day, we didn’t have any of the scriptwriters, but they have them now,” said Ware.

Still, Ware has nothing but praise for his former employer. He notes that while attendance has dwindled from the packed houses of his WWE run, business is still going strong. “You can’t knock WWE, because they’re still successful,” Ware said.

Although he’s enjoying life outside the squared circle, Ware still misses performing before throngs of screaming fans around the globe.

Ware is thrilled to return to Toronto for the Sportcard and Memorabilia Expo. He’ll be travelling without a familiar companion, however. Ware’s feathered sidekick Frankie tragically perished five years ago during a house fire. “I don’t have Frankie anymore. I had him for 15 years and it was just like losing a kid,” said Ware.

Still, Ware looks forward to signing autographs and posing for photos with his many fans over the weekend.

“To me it’s no different, American fans or Canadian fans; they’re all Koko B. Ware’s fans,” said Ware. “It’s a breath of fresh air just to get out and see them one more time. It don’t make no difference whether I’m in Toronto, Winnipeg, Montreal, Dallas, New York City, or Los Angeles, because I’m still hungry for the business and I’m still hungry just to see all of my friends. We’re all one big family, and we’ve got to realize that.”

For many fans, the highlight of the weekend will be meeting stars like Ware and Jim “The Anvil” Neidhart, says Dave Bigas, one of the organizers of November’s Great Canadian Wrestling Expo in Oshawa.

“As a fan of wrestling, there is no bigger thrill than being able to meet a legend face-to-face, to be able to speak to them one-on-one, to be able to have your photo taken with them, and to receive their autograph,” said Bigas. “Our mission here is to provide fans with the unique opportunity to interact with wrestling legends, both old and new.”

Ware is grateful to the show’s organizers for thinking of him for the event.

“I’m just so glad that they thought of Koko B. Ware and gave him a chance to come back to Canada to see the great fans, man,” said Ware. “I can’t wait! Man, I’m already dressed; I’ve got my shoes shined. I’m telling you, I am ready, brother.”

The 28th Sportcard and Memorabilia Expo will be held April 29, 30 and May 1 at the Toronto International Centre on 6900 Airport Road in Mississauga, Ontario. For complete event information, visit www.sportcardexpo.com.