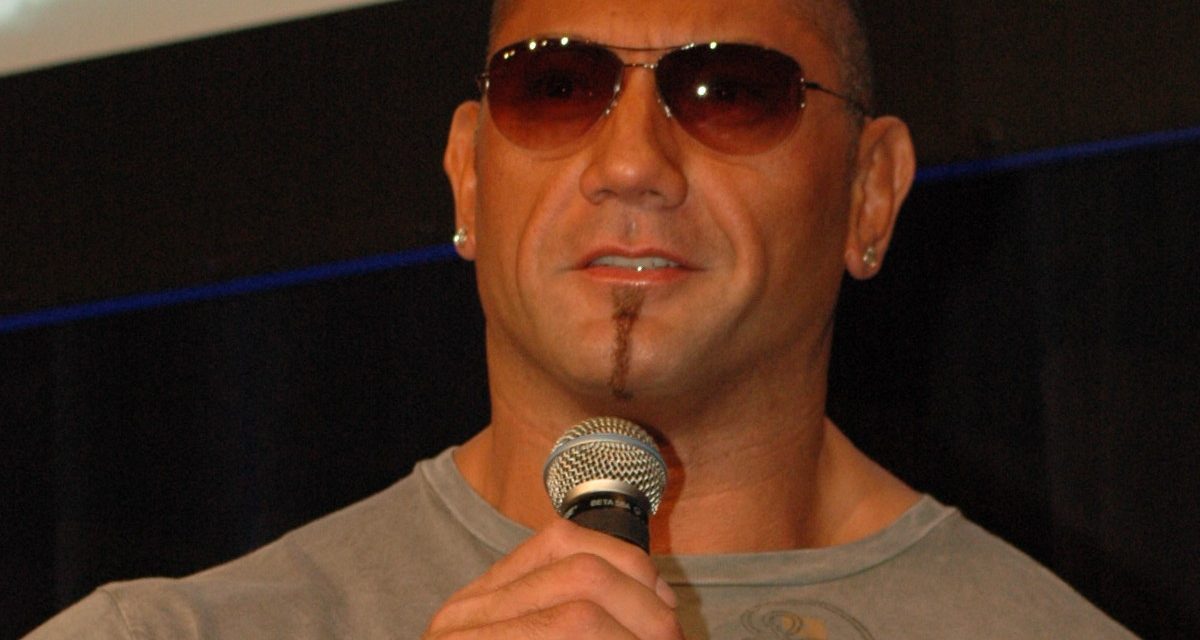 CALGARY – He is 6’5″, 317 pounds of tattoos and ripped muscle. “The Animal.” “The Monster.” He’s Batista, and he’s on a collision course with Triple-H for the WWE Championship at Wrestlemania. It’s a position that he didn’t envision even a year ago.

“It is surreal, I sometimes feel like I don’t deserve it because I haven’t been in the business all that long. At the same time it is an opportunity I wouldn’t dare pass up. . I never thought too much about holding the gold, it was a dream to win the tag team gold with Ric Flair and I thought that would be the highlight of my career. To have this opportunity to go for the most precious prize that we have, it is unbelievable and a great honor that I will even get the chance,” Batista told fans at a recent WWE Press Conference. 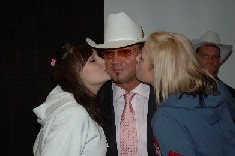 Batista gets some affection while Chris Benoit looks on in envy. Photo by Bill Cubitt

When Batista sat down for an exclusive one-on-one interview with SLAM! Wrestling, the immediate impression isn’t of the stereotype of wrestlers — which is often false — but that Batista is incredibly intelligent, articulate and you immediately see his sincerity, humility and a genuine respect and love for the business.

“I have been fortunate enough to work with the best. I am very lucky, having had guys like Triple-H and Ric Flair in my corner. The people I have worked with like them, influences like Jim Cornette, Chris Benoit, Afa the Wild Samoan, these guys are legends and to have a chance to be a sponge around them and absorb the knowledge, I can’t say enough about them, I have learned tons. Hopefully I can do them justice, and do them proud and make a dent in this business.”

It has been a whirlwind as fans recently took to the superstar, chanting his name during matches. With Randy Orton penciled into the main event match up until a few months ago, the change in focus has been based on Batista becoming the hottest wrestler on RAW. At the press conference, Batista’s sense of humor came through and his personality has started to become apparent on TV.

“Fans are starting to relate to me because they are getting to know me. I have had more microphone time since Randy stepped out of Evolution. The focus hasn’t been as much on Randy and more on me, which has let me relate more. That in itself is winning the fans over and they now have a sense of me and know I am not strictly the brute who stands in the background and beats people up, I am an actual real person. I try not to read to much into it, I never minded if the fans booed me as long as they came to the show and had a good time.”

The former bouncer has watched closely the title runs of stars like Randy Orton, Chris Benoit and Triple-H and while he has learned from them, if he takes the belt on April 3rd he won’t be patterning his reign after anyone else.

“I haven’t taken anything from other peoples reigns. Only way I know how to do things is my way, I can’t model myself after someone else. To try and emulate someone else, it isn’t true to you and fans pick up on that.”

Batista broke into the business late in life, and is presently in his mid-thirties, making this the best time for WWE to capitalize on him and shoot him to superstardom. While some predict that Batista’s time in the business will be short, he has no plans of leaving any time soon.

“I want to as long as I am physically able too. I want to always be part of this business in some shape or form, whether as an agent or a trainer. People like Chris Benoit and I, we love this business so much that we do it as long as our bodies will hold up.”