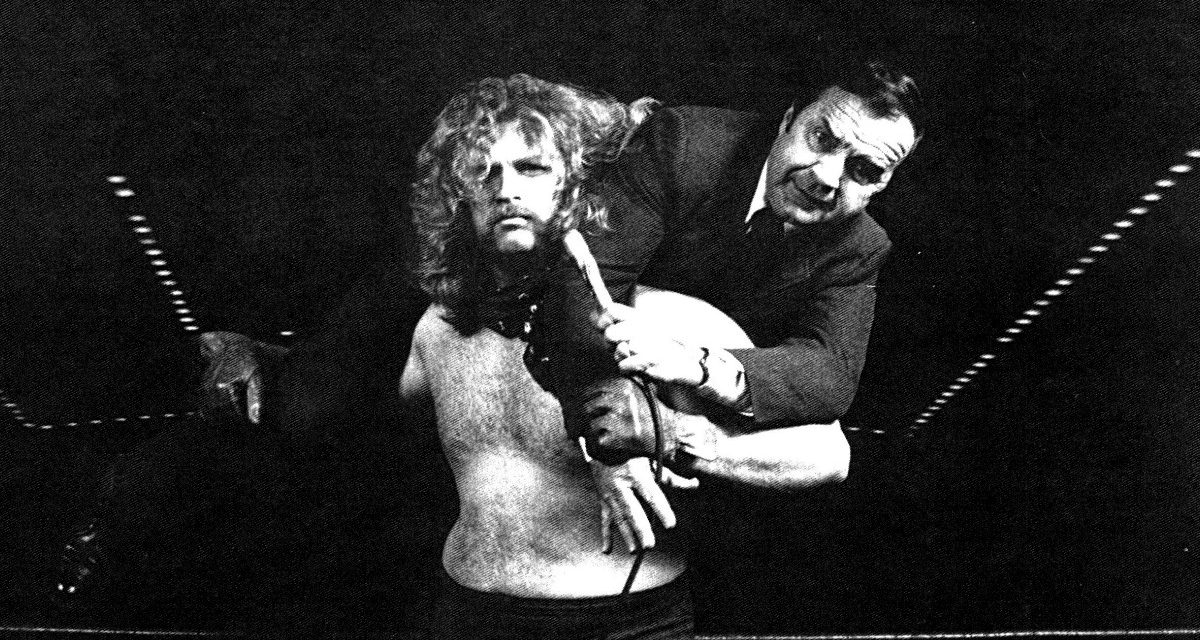 Once upon a time, it was easy for wrestling fans to forget — caught up in the world of make-believe as they were — that the announcers calling the action only considered pro wrestling a part-time gig; that they were real journalists by day and wrestling was for play.

In the case of veteran World Class announcer Bill Mercer of Dallas, he was front and center on November 22, 1963 when President Kennedy was assassinated. He’s teamed with three other colleagues in a new venture: a book that explores what it was like to be a journalist during those chaotic days and how the news business came of age that day.

When the News Went Live: Dallas 1963, by Bob Huffaker, Bill Mercer, George Phenix and Wes Wise, is a fascinating read, especially to anyone interested in news and broadcasting. 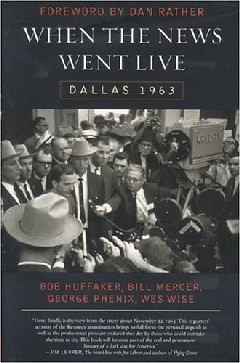 “When I was at Channel 4, I had a journalism background, so I became a sports announcer/news announcer,” Mercer told SLAM! Wrestling recently. “So when the assassination of Kennedy occurred here, four of us were suddenly thrust into covering this thing. That’s what we’ve written about. I’ve written a chapter, Wes has written a chapter, Wes Wise who later became the mayor of Dallas, and Bob Huffaker, who has written and pulled the whole thing together, was there, and George Phenix.”

Mercer has a learned perspective from his decades in the news business. “In 1963 the police and city officials were attempting to be as accommodating as possible so that the press could transmit the truth of the developing story to the public,” he writes in the book. “Today there would be no press mob on the third floor, no public display of the assassin being moved, and certainly no after-midnight press conference with the accused. Maybe or maybe not, the full and true story might have been told with high-tech reporting had it been available back then. What we covered in 1963 with black-and-white film would, and does, seem primitive.”

Yet, looking back at such a monumental turning point in American history, the 78-year-old Mercer can still acknowledge that wrestling is responsible for much of his recognition today. He was THE voice of Dallas wrestling, starting in the ’50s, working for Fritz Von Erich’s promotion in the ’70s, then going along for the ride as it expanded into the internationally-viewed World Class Championship Wrestling program.

“I still have people that say, ‘Oh, you were that wrestling announcer’, and I haven’t been in it for, what, 20 years!” laughed Mercer. He was at his granddaughter’s high school graduation in Durham, NC three years and spoke briefly about his granddaughter. “This guy comes over, ‘I’m from Chicago. You’re that voice! I’ve been watching wrestling all these years!’ … I appreciate that. These people loved the stuff.”

Airing on a Christian station, World Class had a far-reaching affect. “We were really big in Lebanon; the war would stop when we were on the air,” said Mercer. Once, a friend who lived in Nazareth, Israel called to tell him that they just shut down the businesses and run to a TV set to catch World Class wrestling.”

Wrestling was not a planned part of his career. “It was one of those accidents that happen. When I first started broadcasting sports back in Muskogee, Oklahoma, the second station that I worked for there gave me the opportunity to do baseball, minor league baseball, football, basketball. We covered boxing, which was big in those days. After I was there a week, they said, ‘Oh by the way, you’re going to do wrestling once a month.’ I said, ‘What? On radio? What’s wrestling?’ I’d never seen wrestling and didn’t know wrestling.”

He went down to the promotion, and learned all the wrestling holds from the likes of Wild Red Berry, Danny McShane and others. Soon, he was broadcasting on the radio monthly.

“Then lo and behold, I came to Dallas because of wrestling,” chuckled Mercer, who had a friend who introduced him to Fritz Von Erich, and he arrived in Dallas and KRLD in 1953. “They wanted somebody to do wrestling live on Tuesday nights. All the stuff you try to prepare for, and you never know what’s going to happen. I don’t know if I’d ever gotten out of Muskogee if it hadn’t been for wrestling!”

“Wrestling was always kind of a hobby. I really had fun with the guys. They’re great guys, most of them,” said Mercer. “Killer Karl Kox is one of my best friends, all those guys. They’re just wonderful. I had fun doing it. I didn’t get paid much money most of the time.”

He also had the respect of the wrestlers. “He was a good interviewer. He was with the program, he was very, very good. He did his job,” said Buddy Roberts of the Fabulous Freebirds, who often tormented Mercer in skits.

Born in Muskogee, Mercer spent nearly three years in the Navy in the South Pacific. (He has written a history of the LCL, the type of Navy combat landing vehicle on which he served.) Upon the War’s conclusion, he went to college at Northeastern State in Tahlequah, Okla, and then got his BA in journalism and radio from the University of Denver. Stints in Fr. Collins, Colo., La Junta, Colo,, Galveston, Tex., and Muskogee preceded his move to Dallas.

Through the years, he was a true utility player, working in both radio and TV, covering news and sports. But play-by-play — especially baseball — was his love. At various times, he was the voice of the Dallas Cowboys, Texas Rangers, Chicago White Sox, North Texas Mean Green, the Cotton Bowl, and most recently, the Round Rock Express minor league baseball team. With Round Rock, he was a part-timer, a tutor for the youngster starting out. “I would go out of town with him on baseball, because I love baseball, and I love broadcasting. So I would do color for a couple of innings.”

But even with baseball, sometimes wrestling followed him around. “When I was doing the Texas Rangers with Don Drysdale in ’72, we were in Baltimore. This kid raps on the door between innings and says, ‘There’s a mean-looking guy named Killer Karl Kox. He wants to see you.’ I said, ‘Send him on up.’ So Killer came up.”

In 1966, Mercer earned a master’s degree at North Texas State University (now University of North Texas), and he’s been there part-time ever since (and still teaches two nights a week). He taught radio and TV courses, ran the student radio station, helped with public relations and, of course, broadcast games. “The inner action with the students is rewarding,” he said. “Seeing their development in the various performance courses I taught, and teach. And seeing the grads who continue on and succeed in this business is reward enough.”

A member of the Texas Radio Hall of Fame, Mercer is working on another book, while balancing demands on his time from his wife of over 55 years, Ilene, his four children and seven granddaughters. This book is about the development of broadcasting in sports, and his agent suggested baseball, football and, of course, wrestling. Despite his years in the business, Mercer still finds it necessary to do a lot of research and is quick to critique his own work. “I’ve written something on football, but I’ve got to re-write it because I’ve written too much,” he said with a laugh.