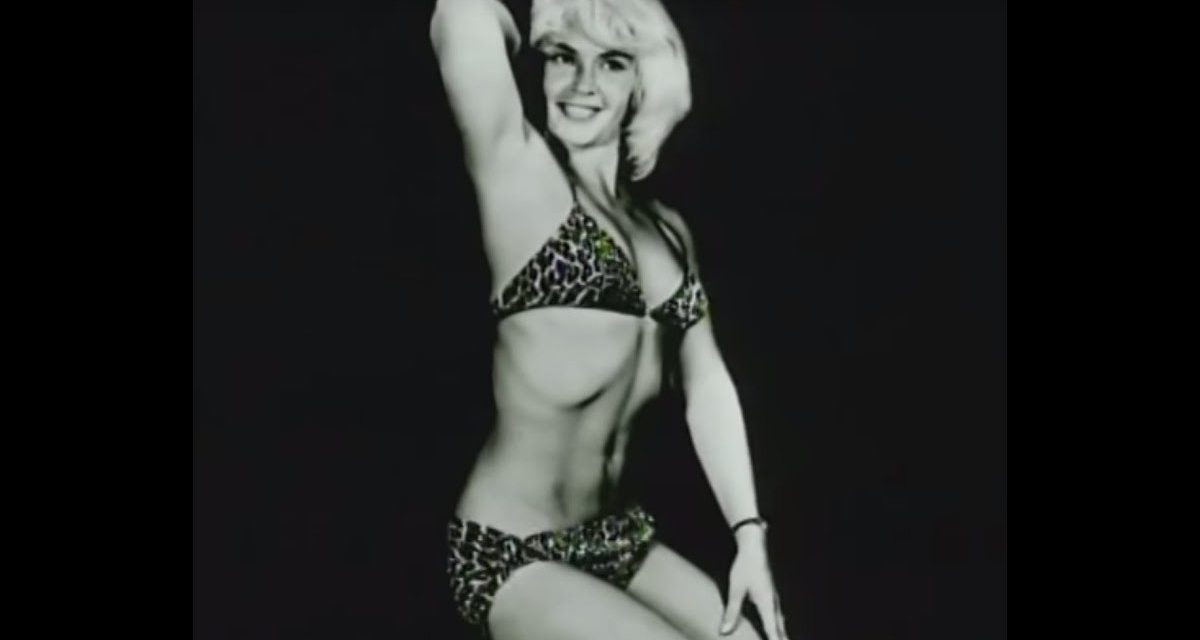 After reading Banner Days: The Life of Pro Wrestling Legend Penny Banner, one may get the feeling they did not just read a book about the life of a wrestling legend focused inside the squared circle. Instead, the reader will come away knowing they read a human interest story of a successful woman, wife and mother, who just happened to be a wrestler. 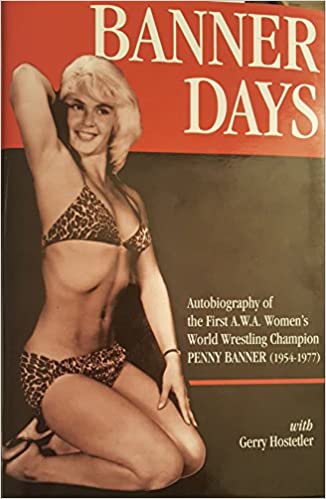 The autobiography, which is co-written with Gerry Hostetler, is a compilation of the life of Mary Ann Kostecki’s, a.k.a. Penny Banner, from her childhood to her years in and after wrestling. The book chronicles Banner’s life both in and outside the ring, revealing aspects of her life from epic grappling battles to struggles in her marriage and family life.

As the story is told directly from Banner, it appeals to many readers on a personal and emotional level. However, missed opportunities, untapped potential and technical distractions take away from the book’s overall charm and success.

The book’s strengths appeal to readers who may not be die-hard wrestling fans, particularly women. The book tells the story of Banner, who enters the male-dominated sport in the 1950s, a time when women’s wrestling was banned in many parts of North America. As such, Banner, along with a list of her peers, unknowingly became pioneers and inspirations for women in wrestling — and sports in general.

Banner Days begins by reliving an achieving moment in Banner’s life as she is crowned the first ever American Wresting Association’s Women’s champion, one of many titles Banner would go on to hold in her 22-year career. From there, the book switches gears by focusing on Banner’s childhood, thus laying the foundation for the athlete she would become later on in life.

The true strength of Banner’s autobiography is her incredible memory and attention to details such as names, places and dates. This strength becomes obvious early as Banner describes significant events in her childhood. Banner recalls growing up in poverty, watching her mother juggle three jobs, and having the responsibility of helping raise her siblings.

Banner recounts numerous family hardships which resulted from an absentee father. She explains how the Kostecki family endured tight financial and emotional times, including a nine-month stint in an orphanage as a result of her mother being unable to the pay the rent.

As Banner matures, her story becomes more positive as she lands jobs waiting tables and working as a nanny and housekeeper. During this time, Banner also begins taking judo classes and improving her overall physical fitness, as she explains more to defend herself from certain men in her life.

However, both disciplines would reap unexpected benefits one night at a local nightclub, as Banner’s impressive physique and capabilities would be discovered by an ex-pro boxer/hustler.

Not long afterwards, Banner would receive a call from Sam Muchnick, the NWA president. During said conversation, Muchnick would pique Banner’s interest in becoming a lady wrestler, which in turn would be instrumental in Banner joining a women’s wrestling school, hosted by Billy Wolfe. These events would lead to her debut into the male-dominated sport.

In the following chapters, Banner relives her modest beginnings in the wrestling world, recounting early matches with such names as June Byers, Kay Noble and Theresa Theis, to her later years working extensively through North American territories, including trips to Calgary to wrestle for Stu Hart.

As the title of the book indicates, the main focus is Banner’s days as a wrestler. However, she also exposes her life outside of wrestling. By combining the two, Banner’s tale is able to cross the line from a sports story over to human interest. By doing so, she demonstrates how the hardships of a wrestler — travel, injuries, pay, etc — affect one’s life away from the business. As well, Banner is able to provide readers with a look at the wrestling world using two rare perspectives: a female’s and a mother’s.

Stories of long road trips from territory to territory in blizzards, fending off sexually aggressive men, and failed relationships place a human face on this business. The book goes into some detail about Banner’s marriage to wrestler Johnny “Ace,” a sub-story which takes on its own life in the second half of the book.

In addition to marriage, Banner recalls other significant events and stories, such as the birth of her daughter Wendi, a relationship with Elvis Presley, life after wrestling, and dealing with the deaths of old friends.

Banner Days contains a wealth of stories which illicit a number of emotions. Unfortunately, while Banner’s attention to detail is impressive and adds value to the book, it also works against it by providing too much information where it is not required.

Over Banner’s extensive career, she wrestled a great deal of opponents; however, going into the level of detail she does by listing names, places and territories which add no significance or value, Banner forces the reader to remember unnecessary information, which turns into as a distraction from the overall story.

And just as confusing are road stories and tidbits which appear to add no required information to the book other than to relive old memories.

However, the structure of the book itself becomes its own biggest liability. Arguably, writing an autobiography in chronological order of a person’s life is the most ideal way to tell the story. In the case of Banner’s life, this method does not work. In fact, many opportunities to recount Banner’s stories are hampered by this method.

By using a chronological method, Banner’s life story is presented to the reader in choppy bits, prohibiting a consistent flow to many of the sub stories, and thus making room for the aforementioned unnecessary details.

To maximize the content, significant events and battles in Banner’s life should have been written as whole sections rather than spreading them throughout the book. This would have allowed for greater detail and more depth to each story.

One example of how this method could have been utilized is the reliving of Banner’s matches with Byers for the women’s title. Throughout the book, Banner discusses how she learned her craft from Byers during their many bouts, including title matches. However, because these matches are spread throughout the book, the writer leaves little opportunity to develop a solid interest and appreciation of the true intensity of the each match. As well, the passion, camaraderie and respect Banner and Byers developed and shared as a result of these epic battles is lost.

By allocating one section of the book to the Banner/Byers battles, Penny could have highlighted her most memorable match, tapped into any of the numerous others, and shared her memories of Byers she had outside of the ring.

Another story that begged for more detail was the relationship between Banner and Elvis Presley. Throughout the book, Elvis and Banner meet up on numerous occasions. However, by separating these meetings, the true significance and meaning of this relationship cannot be fully understood by the reader. Instead, we are left with a basic, surface understanding of this relationship which deserved much more attention.

Perhaps two of the more significant stories as they relate to the history of women in wrestling seem glossed over in Banner Days. Banner wrestled during a time when many states banned women from competing in matches. As Banner explains, she became one of the first ladies to compete in many states, and prove to the governing bodies that women could provide the audience with a match equal to those supplied by her male counterparts and not some lewd cat fight unsuited for general viewing. In addition, Banner recalls competing against “coloured” girls in a time when people from this community were prohibited from participating in such events in many parts of the United States. In both cases, the overall historical impact and significance of these matches are not fully explained or appreciated, as they would arguably go on to shape a good deal of what wrestling is today. Each of these and other significant sub stories told in the novel could have been framed by the stories of Banner’s marriage, her daughter Wendi, and those of her mother and family.

When reading Banner’s book, one of the most obvious omissions was her opinion on the current state of wrestling and the role of women — wrestlers and valets — in the business. Banner provides the reader with a quick view of her opinion at the beginning of the book, but little more is said from somebody whose opinion I found myself searching for on each page.

Lastly, the book itself — which was self-published — is filled with weaknesses, from suspect writing and a low-budget appearance, to basic errors such as missing text and unoriginal layout. Given the significance of the story presented, these are details which should have received more attention and effort.

All in all, this is a book that will attract wrestling fans, but in the end it is more geared towards readers who can appreciate a good human interest story. 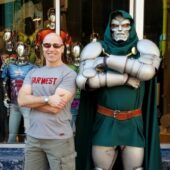