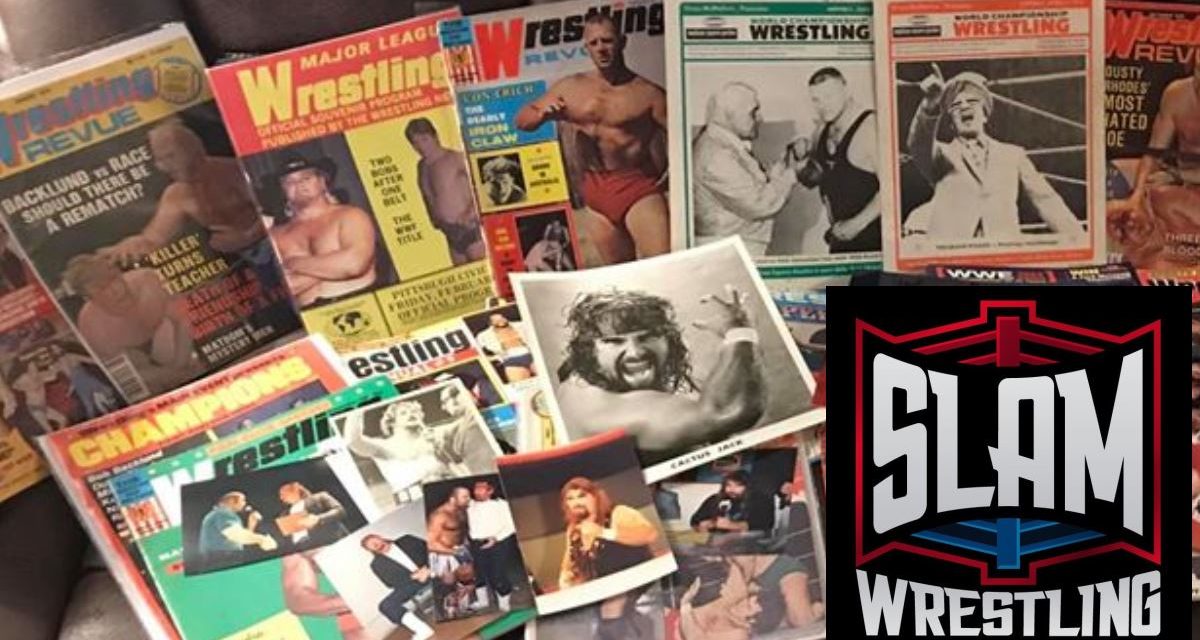 PRINCETON, NJ – Uneasy lies the head that wears a crown. If the testimony of four former world heavyweight wrestling champions is any indication, the body is not very steady, either.

A quartet of immortals came together Saturday as Bruno Sammartino, Bob Backlund, Harley Race, and Nick Bockwinkel brought a combined 30-plus years of championship reigns to a wrestling reunion in suburban New Jersey.

While the four agreed that they would not have traded their title runs for anything, they also made it clear during a pair of question-and-answer sessions that wrestling for so many years at the top of the profession exacted a very real physical and mental toll.

“There were two Sundays out of the month that I was able to get home and see my family and my parents,” Sammartino said during his give-and-take with fans. “Even though I appreciated it, becoming champion and doing that kind of stuff, it still was very, very rough because I was never getting any time off.”

Bockwinkel, a four-time AWA champion, said his ankle is “bone on bone” from his work in the ring, and he expects a chipped vertebrae in his back to haunt him for years. 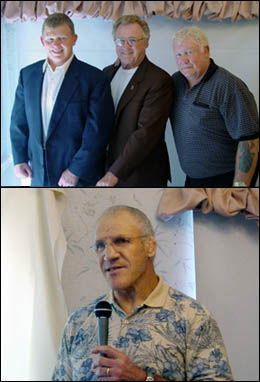 But even that is small potatoes, he said, compared with the heavy-duty schedule of eight-time NWA kingpin Race.

At a roundtable with Race and Backlund, Bockwinkel he never wrestled more than 155 times year during the final 17 years of his stint in the AWA.

“Now, that might turn the stomach of Harley because I know this for a fact – NWA champions, they worked 380 times a year, maybe 390 if they caught of a couple of television tapings, maybe 400.”

No wonder many NWA champions during the last half-century lost marriages “because the guy is gone 365 days a year,” Bockwinkel added.

Yet the respect between the champions came through loud and clear, as Race exuberantly praised Backlund for his ability to walk through the political minefields of the WWWF and for unparalleled physical conditioning.

Backlund was “a white, Irish piece of gold” to the late WWWF owner Vincent J. McMahon, which meant Backlund seldom got an opportunity to defend his world title outside of the Northeast.

On the rare occasions that he fought Backlund in title “unification” matches, Race was amazed by his adversary’s stamina.

“There’s probably never been a better athlete in pro wrestling who’s kept himself in better physical shape … That was the most talented, conditioned athlete that I was ever in the ring with,” Race said.

Backlund, WWWF champion from 1978-1983, always wrestled as the “All-American” boy, but left the business for a decade after Vincent K. McMahon moved the title to the waist of Hulk Hogan with a pitstop in the possession the Iron Sheik.

Many observers, including a reflective Backlund, believe that title exchange was a demarcation point between old-school wrestling and today’s sports entertainment business.

“I don’t think he disliked me and I took it personal,” admitted Backlund, now in the mortgage business in Connecticut. “He thought that everyone should be a character.”

In fact, Race said he encountered the same dilemma when he joined the then-WWF for a run at the end of his career in the late 1980s. McMahon didn’t want to acknowledge Race’s world title accomplishments because he achieved then with a rival federation. So Race explained to fans Saturday how he proposed the role of “King” Harley Race in the WWF.

“Because I’m better than anything you’ve got,” Race shot back.

Given Sammartino’s years of blunt talk about the current state of pro wrestling, fans were riveted to his responses during a 45-minute discourse. The Pittsburgh resident spoke openly and matter-of-factly, with more than a few chuckles interspersed in his answers.

Wrestling back channels have been rife with rumors about Sammartino and a possible reconciliation with the WWE, but the ex-champ calmly separated fact from fiction.

He said he met McMahon briefly in Pittsburgh recently when WWE Raw was holding a show at the same arena in which Sammartino was taping an interview for a forthcoming account of his life. Sammartino said he was reluctant to meet McMahon, but was persuaded by his attorney that he should at listen extend the courtesy of hearing the WWE honcho.

“We went in the room. Vince was very nice. He said, ‘Bruno, it’s been a long time. It’s good to see you again.’ He stuck out his hand and I shook his hand. All that was said was, ‘There’s such a long history between you and the WWWF and all that.’ ”

According to Sammartino, McMahon asked for a chance to present some “new ideas” that he and his staff had worked on. “I said, ‘Talk to my lawyer, tell him what it is, put it on paper. It was nice to see you again.’ That was it. That was the whole story.”

Sammartino does not know if talks will progress because he has not seen any proposal or program. “Is it going to go anywhere? Probably not. But I don’t know, I really don’t know because I have yet to see what they are after.”

The ex-champ said he was disappointed that Ric Flair did an apparent about-face in the arena shortly after the meeting with McMahon.

“When I spotted him, I actually started walking toward him, but he turned around and took off for whatever reason,” Sammartino said. Accounts that have quoted Flair as saying Sammartino avoided him are untrue. “That is an out and out lie,” Sammartino said.

Sammartino said he is down to 210 pounds, but has been able to overcome knee surgery, a hip replacement, and recent back surgery to get back into the weight room.

“I had a great career,” he said. “The fans, they used to give me goosebumps … I loved the fans for caring that much.”

Also joining the champions at the well-paced event, promoted by Terence Brennan and Bud Carson, were former WWWF tag champions The Wild Samoans and Dominic DeNucci.

Brennan said he was exhausted, but pleased, by the outcome of his labors. Backlund’s autograph session was rushed because of a confusion over the amount of time the Minnesota native had set aside for the event. Lou Albano, who was on the guest list, did not appear, and Brennan said he had not heard from him.

But fans were ecstatic over about the personal attention Race, Bockwinkel and Sammartino lavished on guests.

Sammartino, perhaps best regarded as the Joe DiMaggio of pro wrestling – an incredibly charismatic ethnic hero in the nation’s largest market – conversed at length with everyone who approached him and clearly made an attempt to address fans by name.

“To me, that was worth it right there,” said Kenneth Belfair of nearby Philadelphia. “Harley was great, Nick was great, and what can you say about Bruno? Bruno is wrestling.”