NWA TNA does can’t match resources with the super powerful WWE. They don’t have the post production precision, the over the top budgets and ability to broadcast it’s program for free to millions.

That has not deterred the driving forces in the TNA offices however, and it would seem to be because of the overwhelming response they’ve received from a smaller, yet fiercely loyal and passionate group of fanatics. TNA has done something that most large companies never did or stopped doing a long, long time ago. TNA respects their fans. Every single one.

It sounds cliche but the production team seems to understand that they have been charged with a difficult task. How do you make fans decide to pay to watch your program on TV every week – when your runaway competition gives their weekly product away for free? The answer: keep your thumb on the pulse of those who watch your shows and give them whatever they want. It’s a theory so simple, it just might work over the long term.

TNA has made a semi-regular practice of promoting fan driven websites on their official site and on the pay-per-view broadcast itself. One of these sites, TotalNonStop.Com features a very popular message board with over 500 users. The men and women on this board are found discussing everything from each and every storyline on the show, to the quality of the individual matches, to which stars they want to see join the ranks of the NWA’s crown jewel promotion.

For the last two weeks, posters were screaming about their desire to see recently released WWE talents, Justin Credible and Mike Awesome. Last Wednesday, both men debuted for the company.

TotalNonStop.Com’s owner Bo Heyward says, “I know some of the people involved in TNA have checked (the message board) out, some on a regular basis.” Don West has mentioned it, Jimmy Yang, Jeremy Borash, and Chris Harris to name a few. I doubt any ideas have been sampled, but I do think some of the fan reactions from there are listened to. Whether or not that influences what goes on, I really don’t know.”

TNA’s Jeremy Borash, who was contacted for comment on Tuesday afternoon, says “We know if something is good or if it sucks. It is backed up by what people are saying on message boards.”

When asked if the online fans had any influence on the signings of certain wrestlers, Borash replied with,”There are people we have brought that we know are very ‘net friendly’, like Justin Credible. It’s great knowing the fans want to see them before they arrive, and we would have brought them in anyway.”

Borash followed up on his own statement of “net friendly” wrestlers by saying that in TNA they no longer differentiate between ‘Internet fans’ and ‘regular fans’.

“The Internet fans ARE our fans”. The TNA ring announcer went on to say that the line has become blurred and that most pro wrestling viewers are Internet readers as well.

This is a comment that would seem absolutely foreign to the powers that be in the WWE. Their ban of Internet based media and changes in policy when it comes to leaking news and breaking kayfabe in public show that they do not share TNA’s viewpoint.

Speaking of the WWE, their firing of Jeff Hardy yesterday fired up the TNA newsboards and had fans drooling in anticipation of some potential dream matches. Hardy versus Low Ki, Jerry Lynn, A.J. Styles or Elix Skipper sound like all time classics.

I asked Borash if the TNA staff have learned anything from it’s cult-like following. He responded very candidly with “I think our show has come so far. 4 or 5 weeks ago we had what I would call a bad show. Our expectations have gotten so high. Our fans push us and make us better.”

The fans weren’t interested in the Dupps, the Johnsons or the lingerie battle royal. Through various mediums, the TNA viewer made their feelings known and we haven’t seen any of those underachievers in a long, long time.

How wonderful would it be if simply complaining about Triple H’s strangle hold on the World Title or the Cat Fight girls at WrestleMania would result in swift and immediate repairs?

This sort of grass roots contact and interest in their audience will undoubtedly catapult TNA from relative obscurity (where they were eight months ago) to a mainstream player in this industry.

Since TNA is so fan friendly – I’d like to officially make my own request.

Speaking strictly as a fan, I’d love to see fellow SLAM! Wrestling contributor Don “Cyrus” Callis in TNA. He’d make the perfect spokesman / figurehead for the new ECW faction. Eventually those guys are going to need to explain their purpose (other than making others bleed) and they’re going to need a head-man who can work the stick like no other. If Paul Heyman were available he’d be the obvious choice. Since Heyman works in New York, I’d love to see Callis.

Don: Please forward me 10 per cent of all TNA pay-checks once you’ve signed that lucrative deal. Then again, Joey Styles wouldn’t be bad either. 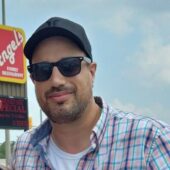 Donnie DaSilva is the host of the Godfathers Of Podcasting online radio show (godfathersofpodcasting.com) and one of the principles behind OTT Wrestling.