LAS VEGAS – At the annual Cauliflower Alley Club’s Baloney Blowout on Tuesday night, George Schire, who received an award for his work as a historian, addressed his sickness.

“I was addicted at a very early age,” confessed Schire, the 2013 James C. Melby Award winner, at the Gold Coast Hotel and Casino.

The fascinating world of the AWA in the Midwest drew him in. 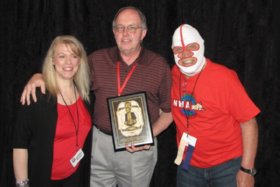 “I am a historian because of guys like Dick Beyer and Nick Bockwinkel,” said Schire. The part that really hooked him, in part because of his friendship with the late Jim Melby in Minneapolis, is the need to learn more.

“You guys made this business really wacky, confusing and wild,” he laughed, adding that promoters across the country made things even worse. “Oh my God, these promoters could screw up title histories!”

Schire shared a story of Nick Bockwinkel coming to his home in Minneapolis, and checking out his wrestling collection. The always erudite Bockwinkel could not pronounce Schire anything else but “sick” for his incredible devotion to professional wrestling.

The same could be said for the 400 or so people in attendance at the informal Baloney Blowout, a feast that pays tribute to the old wrestling tradition of getting a loaf of bread, some lunch meat and spread, and eating that while driving to the next town.

The Cauliflower Alley Club reunion brings people in from across North America, and sprinkles in a few from around the world, including New Zealand, Australia, Japan and Belgium.

The Blowout was hosted by Arda Ocal, former co-host of Aftermath on The Score in Canada. He took his roving microphone around to introduce numerous wrestling personalities in the crowd, including Nigel McGuinness, Don Manoukian, Les Thatcher, Leo Burke, and Teddy and Ross Hart.

Manoukian stole the show on the mic, cracking that the festivities had better keep moving or they would kill the town. 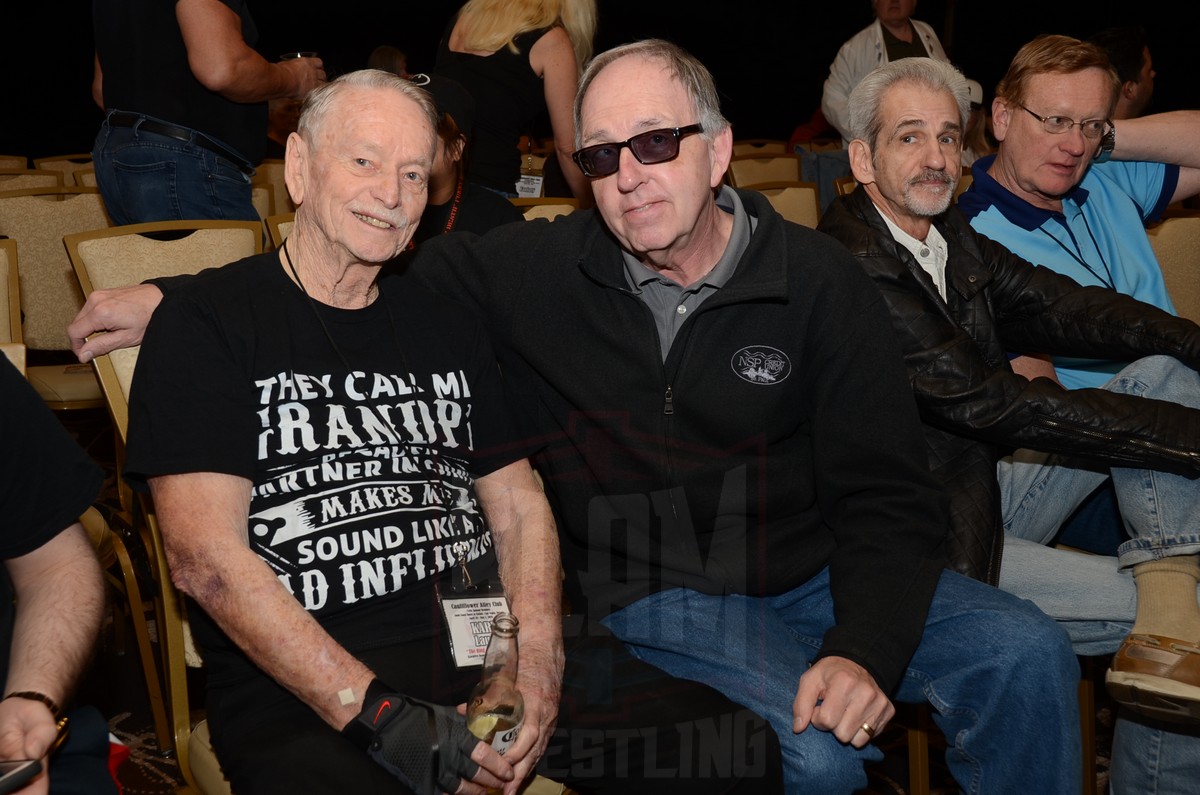 Karl Lauer and George Schire at the 2019 Cauliflower Alley Club at the Gold Coast Hotel & Casino in Las Vegas. Photo by Brad McFarlin

There were four awards presented at the Blowout.