Quackenbush on indy publishing and wrestling 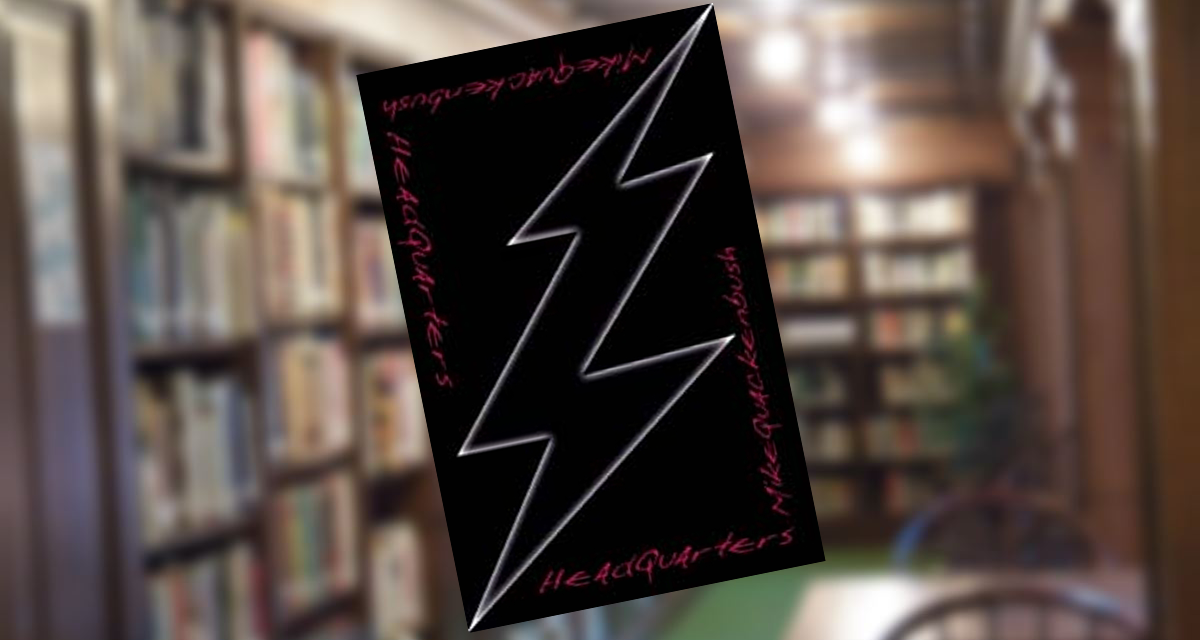 Every now and then, a new book emerges, which simply just stuns readers and critics alike. Mike Quackenbush’ autobiography, Headquarters, does just that. It’s touching, fascinating and shockingly frank. Quackenbush pulls no punches in a tell-all autobiography, covering both his life as a grappler and the turmoil that goes with sports entertainment. Furthermore, he presents a fresh view on society, looking at certain aspects of life and essentially offering insight into the way they should operate. The appealing thing about this book is that it offers something for everyone. It caters to those after a good read and others who wish to hear an awe-inspiring tale of one man’s will to survive in our at times, horrid world.

Amazingly, at age 25, Quackenbush is a 10-year veteran of the squared circle. A self-trained wrestler, he’s worked as both a Shoot Fighter and a Pro Wrestler, most notably in Pennsylvania Championship Wrestling and East Coast Wrestling Association. An innovative in-ring performer, Quackenbush has performed against such notables as Billy Kidman, Christian York, and independent Wrestling stars, Reckless Youth, Don Montoya and Julio Dinero.

Having written a bi-monthly column, “From Bell To Bell” for The Wrestler magazine, Quackenbush is quite a learned writer and deeply touches on sentiment and emotion in Headquarters. SLAM! Wrestling recently had the chance to speak at length with Quackenbush about his recently released autobiography.

Q: Congratulations on the release of your long-awaited autobiography, Headquarters. In your own mind, what sort of insight into the mat game can be derived from Headquarters and why would the average wrestling fan be intrigued by it?

A: I guess Headquarters is unique in the sense that the perspective is distinctly different than the existing wrestling books. The WWF mass produces its generic books on Chyna, Rock, Kurt Angle, etc. These are largely ghost-written (Mick Foley’s being an exception), and generally are designed to prevent the boat from rocking, so to speak. Then there’s a wave of books by guys out of the game: Ted DiBiase, Dynamite Kid and so on. These are from people who hit the big time, and have since vanished. The books often come across as bitter rants, and they can afford to, they needn’t protect themselves politically inside the business. My book, Headquarters, comes from the independent wrestler’s point of view, at the bottom looking up, as opposed to sitting atop the wrestling world looking down. It’s frank, and as honest as anything on the subject matter, and I dissect every part of the business, inside and out.

Thematically, there’s something to my book that I haven’t seen elsewhere. In Headquarters I really explore how wrestling can wreck your personal life, and how these two paths, private and professional, often corrupt one another.

Q: You’re generally quite modest, silent and a self-contained individual; however, in the book you’re explicitly truthful and reveal many previously restrained thoughts. Were there any difficulties whatsoever in penning many of those unexposed perspectives?

A: Some. I had to eventually just let myself go, and write what was in my heart. I’ve been a writer for years, and I know that the best work comes from that truthful epicenter deep in our chests that we sometimes fight to ignore. Headquarters was my way of embracing that at last, and admitting to myself, and to my fans and all the readers out there what I’ve become, and the reasons I am that creature.

Q: Emotionally, what effects did the lengthy writing process of the book have on you?

A: For a while, it was making me crazy. I revisited every major turning point in my life when structuring the book (about a year ago) and it put a terrible strain on me. It was like having war flashbacks, I guess. I actually had hallucinations for a short period of time that would occur when I was driving, or eating a meal. Considering I’m drug-free, that really worried me. I took a little time off from the project because it was so draining at that point, and I really, honestly felt like it was negatively impacting my mental well-being. The actual writing process though, I feel, became fairly therapeutic.

Q: You decided to publish the book independently, rather than acquiring the hand of a publishing house. What led you to make such a tough decision?

A: The truth is, publishing houses don’t care about professional wrestlers, unless the name is tied to the WWF in some way. One of the very few places that looked at my manuscript felt that there wasn’t enough “sex or drugs” to make the book sell. But I wasn’t about to re-write my life, or fabricate stories just so I could say, “My book sold 20,000 copies! And it’s all a lie!” I was left with self-publishing. That’s why the book is only available through my website. I have no distribution in place for Headquarters.

Q: Many fragments of the book are based around your friendship with independent stars: Reckless Youth, Don Montoya and Julio Dinero. What is it that endears you to each of them and how have they assisted you along your tumultuous journey?

A: There are a number of guys who, through the course of my life (and subsequently, in the book) have become my surrogate brothers. Wrestling brought us together, and you’ll read about them throughout “Headquarters,” as we travel up and down the road, and cross the United States on the circuit together.

Q: Headquarters, among other things, exposes your views on religion and moreover backyard wrestling. Can you fill me in on why they’re both prevalent issues within Headquarters?

A: About two years ago, I began putting together data to pen a book about the industrialization of organized religion in modern times. Eventually, I decided that such a work either already existed, or would be better handled by a theological scholar. However, I do talk about that theory, and the process of creating that book, in Headquarters. In fact, after abandoning that idea, I went directly to work on Headquarters. That’s why it pops up in the current book.

Backyard wrestling is there because of the current epidemic that is claiming lives and introducing an element of barbarism into the lives of teens and children everywhere. In a sense, it is there to distinguish for the reader what makes backyard wrestling of ten years ago different from what passes as “backyard wrestling” today.

They are two different things, and I explore that in detail. I also take the opportunity to issue a warning to those out there that think what they do is “safe” or those that feel that the assault and battery they call “wrestling,” somehow makes them “hardcore.” It’s a complex topic that I tackle head-on.

Q: One thing you admirably do in Headquarters is mix humour effectively with your extremely strenuous hardships, drawing light of your near brushes with death. Did the use of a technique as such help you to write more freely about the strains and pains you’ve suffered in your life so far?

A: When I sat down to write some parts of the book that depressed me most, or were most painful to live through, I made a decision to try and spare the reader from enduring it as well. My goal with Headquarters was not to make the reader pity me. So I took care in a great number of instances to infuse humour into parts of my life where there hadn’t been any before. Even when staring death straight in the face, hooked to advanced life support, on the edge of being brain-dead, there’s room for a chuckle.

I went to great lengths to make sure I tempered some of the more horrific episodes in my life with a dash of comedy or irreverence.

Q: What’s next for Mike Quackenbush?

A: For now, I’m going to hit the road and spread the word about Headquarters. I’ve got many matches, and many miles ahead of me. I’m hoping that the response from readers thus far will be indicative of the general populace’s reaction to the work, because up to now, I’ve gotten an overwhelmingly positive response. I hope to perpetuate that.

Q: Thanks for your time Mike. I wish you all the best with the sales of Headquarters and your future endeavours, whatever they may be. It’s been a pleasure.