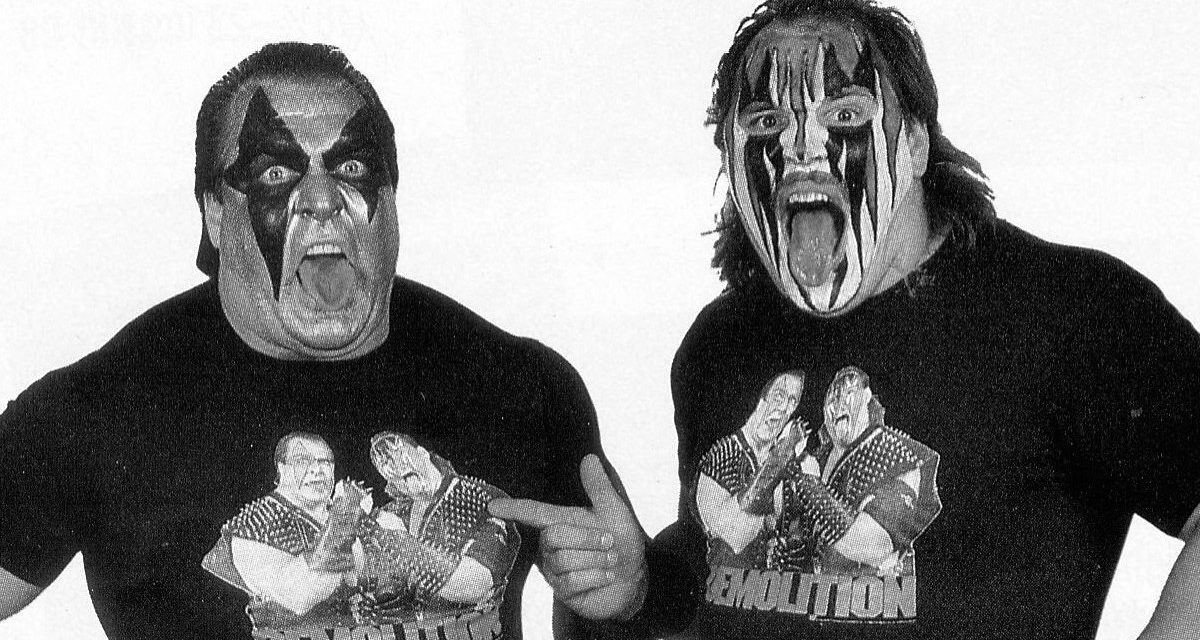 Despite his appearance in the WrestleMania XVII gimmick battle royal, Barry Darsow, aka Repo Man, considers himself out of the wrestling business.

More than six months ago, his career in WCW non-existent, coming off a less-than-successful tour with a small Japanese promotion and the failure of the XWO promotion, it was simply time for the 41-year-old Darsow to get out of wrestling for good. 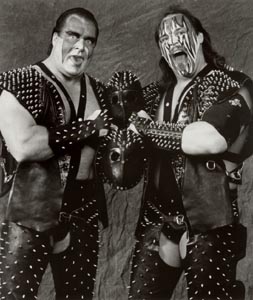 “The last four or five years have just been a big letdown. Everything that has gone on just isn’t the same as what the old days were,” Darsow explained to SLAM! Wrestling.

He’s an executive at a printing and copy company now in his home state of Minnesota. With his wife of 15 years, Darsow has a 13-year-old son who he coaches in both hockey and football. “It’s just nice to be home,” he said. “It’s nice to be off the road.”

His 20-year career began when he was 21, and he graduated from Eddie Sharkey’s wrestling school in Minneapolis. “I called up Stu Hart in Calgary, Canada to go up there, and it ended up being one of the sons that I talked to, and he talked me into going to Hawaii.”

So Darsow made his debut in Hawaii for Leia Maivia, then went New Zealand for Steve Rickard, then to Hawaii again. Stints in Florida, and Mid-South followed, as did a long series of characters and pseudonyms.

Besides the aforementioned Repo Man, Darsow wrestled as:

He enjoyed them all, but his three big characters — Krushchev, Repo Man and Demolition Smash really stand out.

Crusher Krushchev was easily his favourite. “Ivan Koloff was the greatest partner in the world to have, and Nikita [Koloff] was probably the nicest partner to have. But with Ivan Koloff is where I learned the most about wrestling. We wrestled hour a matches a couple of times a day for two or three months with the Rock’n’Roll Express and all these other people. That’s when it was the real deal — people believed it, you worked hard, you told a story in the ring. That was when I learned how to wrestle.” Krushchev, Ivan Koloff and Nikita Koloff held the NWA World titles in the mid-’80s in a special deal where any one of the three could defend the belts.

Repo Man in the mid-’90s WWF was a different character altogether. “I kind of enjoyed it because the kids loved it. It didn’t go as far as I wanted it to go, but you’ve got to do whatever they want you to do. But I made some good money and it was fun. Autograph sessions, kind of like a Bushwacker gimmick kind of deal.”

As a part of Demolition, Darsow achieved tremendous heights in the WWF, claiming the WWF tag team titles. Many knocked the team (which initially had Randy Colley as Bill Eadie’s partner) as being knock-offs of the ultra-popular Road Warriors. Darsow didn’t see it. 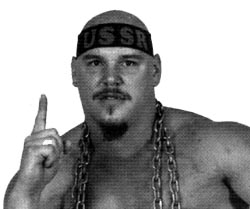 “When I first did it, I didn’t think of the Road Warriors at all because we worked and they didn’t work,” he said. “They just went out and beat people up. We actually had matches with smaller people, bigger people, medium people, everybody. So to me, it wasn’t like we were any Road Warriors or anything.”

Beating Andre the Giant and Haku, The Colossal Connection, for the WWF tag titles at WrestleMania VI in Toronto was definitely a career highlight. “To wrestle Andre at SkyDome with that many people and everything, and then beat those guys, that was pretty big.”

Yet home was always the best place to be, whether wrestling or just working on his place up on the lake that he built from scratch, and put the road in.

“My favourite place was probably here in Minnesota. I shouldn’t say that,” he laughed. “I really like going to Florida, it was nice. I think Hawaii was really nice if we got to stay there for a while. But I think my favourite place ever to wrestle would probably have been Madison Square Gardens.”

Canada rates mention too. “Toronto was nice, but I always had a good time in Montreal. … good food, good people, good everything.”

Looking back on his career, Darsow can see that he was a valuable role player, never the star of the area, but one of the important pieces of any puzzle, just doing his part.

And he claims to have no lingering bitterness or animosity towards anyone. “In this business, I really can’t say anything bad about anybody. I’ve enjoyed 20 years of wrestling, loved everybody. I hope everybody liked me too. It’s hard to be out of the business, and you don’t hear from a lot of people. You know who your real good friends are. The people you thought were your good friends aren’t.”

If he’s honest with himself, he can admit that he misses the wrestling. But he especially misses his friends.

“You just don’t spend that much time with all these people [without missing them],” he said. “One day I was with Wayne Bloom, and we counted 50-some people who have died who have been very good friends of mine who were in the business.

“Rick Rude, one of my best friends, talked to him the night before he died. Brady Boone … Dino Bravo…”

“Out of the 50-some people that we remembered, I think I wrestled every one of them.”