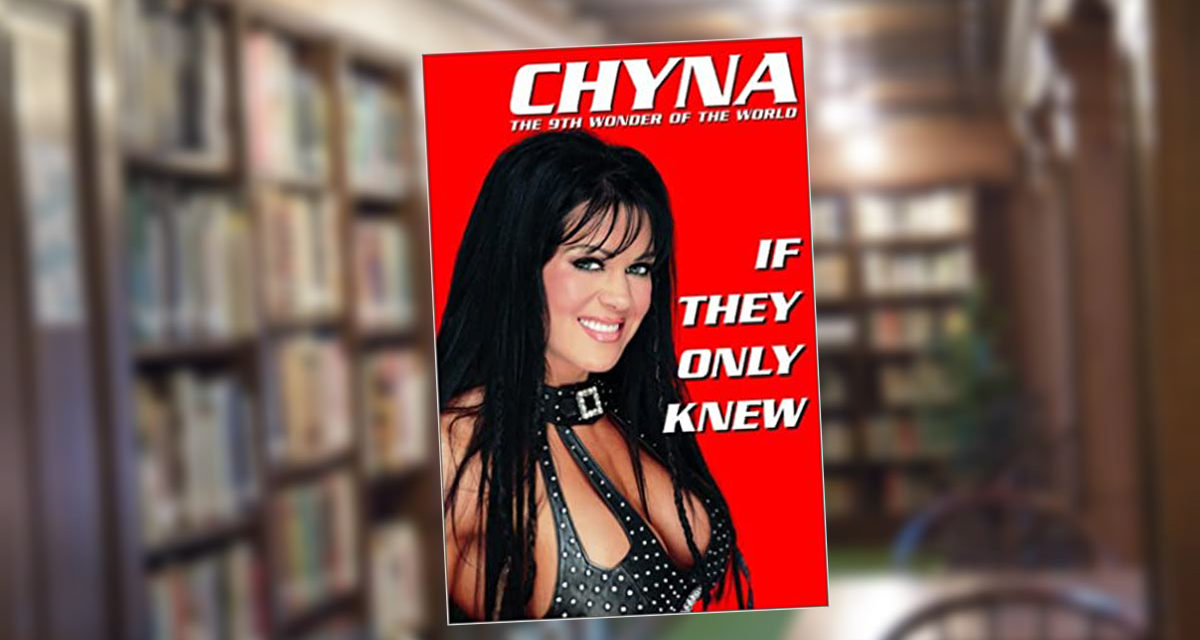 Canadian wrestling legend and mentor to many of today’s top stars – Wladek “Killer” Kowalski – is speaking out publicly against Chyna and her biography If They Only Knew. Kowalski, the man who trained Chyna to be a wrestler at his famous Institute for Professional Wrestling, says he is insulted by the way he is portrayed in the book and alleges that a major portion of the biography is a complete and utter work of fiction.

“She’s the biggest liar I have ever come across,” an angry Kowalski said over the phone from his home outside Boston, Massachusetts.

Hyped as an “emotionally-charged autobiography” by publisher Regan Books (a division of Harper Collins Publishers) If They Only Knew traces Joanie Laurer’s rise to fame as Chyna, one of the most popular valets and wrestlers in the World Wrestling Federation. The portion Kowalski disputes is Chapter Eight entitled “Only The Strong Survive.” In it, Laurer describes in detail how she landed her big break with the top-rated wrestling promotion. As Laurer tells it, a friend who was having an affair with a WWF talent agent (dubbed Agent Orange in the book to conceal his identity) set-up a meeting with “Agent Orange” and Laurer following a WWF event in Springfield, Massachusetts. Her conference with him and a subsequent encounter with WWF superstars Triple H and Shawn Michaels led to her being hired by the company.

“She’s making all that bulls–t up,” he told SLAM! Wrestling upon reviewing the chapter. “She lies and lies and lies. She’s talking about Springfield, Massachusetts. About the big show. The WWF’s going to be there and she shows up. That’s a lot of crap.”

According to Kowalski, it was him, not a talent agent or Triple H, who brokered a deal between Laurer and the WWF. While operating his wrestling school at the time, Kowalski was also hired by the WWF to act as a talent scout. His job was to keep his eye out for favorable prospects and to review matches put on by the promotion. Kowalski says that World Championship Wrestling (WCW) – the WWF’s main rival – had shown interest in signing Laurer. Instead of contacting them he asked Laurer to meet with him at a WWF house show in Miami, Florida.

“I introduced her to Shane McMahon, the son of Vince McMahon. I tried to explain to him that on my answering machine at home I had received a message from Kevin Nash of World Championship Wrestling,” recounted Kowalski. “He (Nash) said ‘Paul Levesque (Triple H) called us to take this here girl that you’ve trained and try to hire her. That she might be pretty good.’ I didn’t do anything like that. I told Shane McMahon the whole story and I said ‘WCW is interested in this girl. Why don’t you guys take her?’ I talked to him twice again and he said, ‘We will hire her.'”

This is not the first time Kowalski has told his version of the story either. In a SLAM! Wrestling interview conducted by Greg Oliver at the National Wrestling Alliance’s anniversary show in 1998, Kowalski also spoke about being a central figure in Laurer’s success.

“And Chyna, I talked to WWF and said ‘look, you guys need a girl like this. She’s a bodybuilder that bench presses 250 pounds.’ … So they hired her. The whole thing is, live the dream and you’ll make it,” Kowalski told Oliver.

So why would Laurer presumably fabricate her rise to fame in a biography presented as a “no-holds barred account of her life as a star in the World Wrestling Federation?” Kolwalski has an idea.

“She’s making it up just to make herself look big,” he surmised.

After the deal was brokered, Kowalski maintains that Laurer cut all ties with him and his wrestling school. Since then, Kowalski has run into Laurer backstage at WWF events in the Boston area but says unlike his former students Perry Saturn and Prince Albert who take a few minutes to chat with him, Laurer ignores him. Kowalski says he confronted Laurer at the funeral of Canadian wrestling star Owen Hart about her behavior and was greeted by the same curtain of silence.

“She showed up there and I walked over to her and I said ‘Look, I am the guy who got you hired with the WWF.’ She looked at me, turned around and walked away. She wouldn’t acknowledge anything. She’s been demeaning me ever since. She never says a kind word about me whatsoever,” he said.

Kowalski has no idea why Laurer is treating him this way. He can think of nothing that has transpired between them in the past that would elicit such a reaction and until recently has always had nice things to say about her. In reading the biography over, Kowalski was deeply offended by Laurer’s scornful descriptions of him. Laurer makes light of Kowalski’s “accent” throughout and portrays him as a “scheming,” “nasty old man,” who would “keep you down – as long as you allowed it.”

“What a big liar she is. She had nothing interesting to put in there (the book) so she made up a whole bunch of garbage,” Kowalski responded, dismissing her attacks on him.

While Kolwalski’s relationship with Laurer has apparently fallen apart, he takes comfort in the fact that his other former students hold him and his school in high regard.

“Prince Albert. He’s a kind man. He showed up two weeks ago at the school. He talked to everybody, worked out with some of the guys. He gave an encouraging talk to them. And he is going to come up again next week to the school. That’s the kind of guy he is,” said Kolwalski. “Perry Saturn’s another nice guy. Whenever he is in town, he gives me a call, wants to take me out for lunch. He shows up at the school. He helps and talks to everybody. Of course, the other schmuck, Triple H, he forgot, you know, where he came from.”

While she was training at his school Kowalski always viewed Laurer as “a very nice girl.” Now, he believes that fame and fortune may have gone to her head and changed her from the kind person she once was.

“She does what she wants. She steps on people too. She does everything she can to demean other people just to try and get ahead,” alleged Kowalski.

Kowalski’s revelations couldn’t come at a more inopportune time for Laurer. She is currently promoting her biography on various syndicated talk shows and has just started a nation-wide book tour in the United States. Her Canadian stops coincide with the WWF shows in Montreal and Toronto in mid-March.