He made the announcement on his official web site, brethart.net.

Hart’s last year saw him at the top of the WCW as World Champion back in November 1999. Then in January, he was injured during a match with Bill Goldberg and the injury plagues him to this day.

Then last week, WCW released him from his contract. 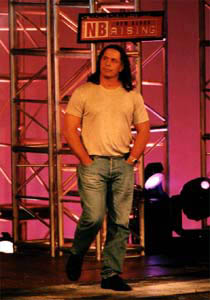 Here’s what Hart had to say on his web site:

We are never prepared for what we expect.

It is with deep regret and sadness that I officially announce that my career as a professional wrestler is over…forever. Due to the severity of numerous concussions, I received in late December 1999 and early January 2000 as the reigning WCW World Champion my Doctors have advised me that any physical return to the ring would hold serious consequences for me. So, after great deliberation is has become clear that it is best for me, my family and my fans that I say goodbye. I would like to thank every single wrestler I ever worked with. I wanted to thank my loyal fans all around the world. I owe you all for what I am. I never really worked for an honest wrestling promoter except my Dad who I especially want to thank.

Wrestling has been my life forever. I have been extremely fortunate in what I have achieved and what I have attained through wrestling. Wrestling will always be in my blood. I sincerely hope that I can impart some of the lessons I have learned to those now involved and to those on the way up. I hope that by doing so, the wrestling business will be a better business for the people that make it happen. The wrestlers.

Every hero becomes a bore at last.