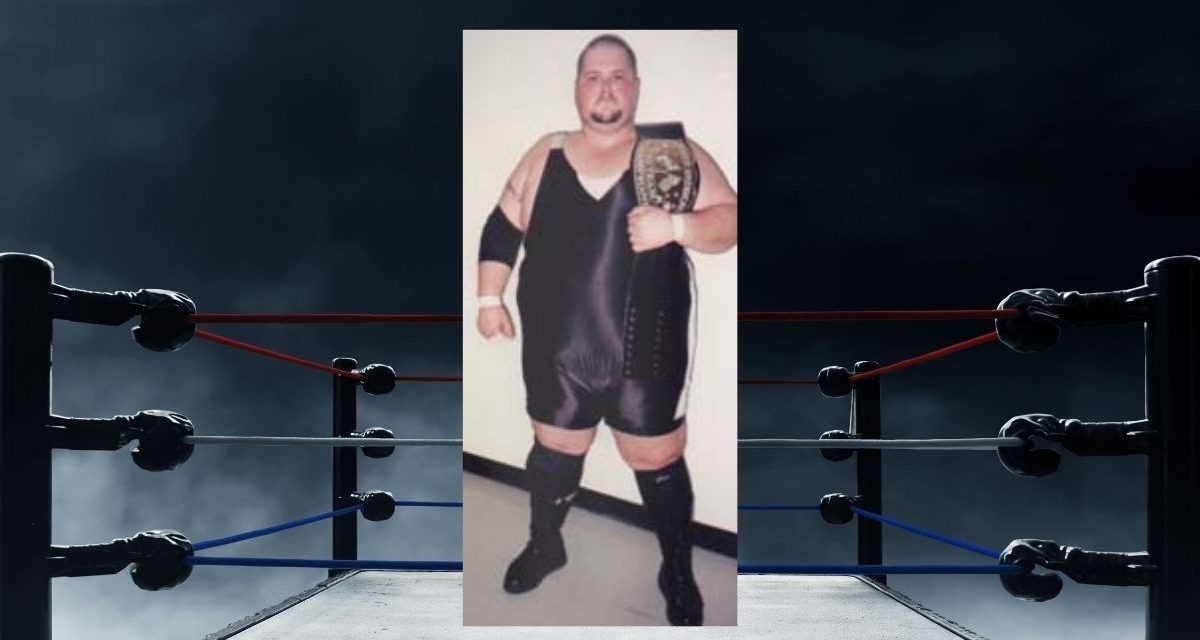 When Crusher Carlsen was in high school, he was a wrestler. A real wrestler, Greco-Roman style that is.

Like most of the general public, the man who now bills himself as ‘Canada’s largest athlete’ did not respect professional wrestling.

That was until Charles Pichette (‘Good Time’ Charlie Hayes) and Shawn Dunster (Massive Damage) started up a wrestling school in Regina in 1996.

“My cousin (Myles ‘the Flash’ Davis), had to drag me down there,” Carlsen said.

He quickly realized that it took a lot more to become a pro than he realized. He took to the ring like a policeman to a donut.

Carlsen started his career in Hardcore Wrestling Federation. He dominated being the top-ranked wrestler for close to a year.

He moved on and after a short stint with power Pro Wrestling he joined the Canadian Wrestling Federation, which is one of two NWA affiliates in Canada.

Last year he claimed his first title by defeating E.Z. Ryder in Winnipeg for the CWF heavyweight championship .

Carlsen held the title for three months before dropping it to his old mentor ‘Good Time’ Charlie Hayes.

In the CWF, Carlsen has joined forces with the legendary Ernie Todd and his newest partner, Spyder as part of ‘the Canadian Cartel’.

Carlsen is the enforcer for the group.

“I’m the type of guy who beats people up when they run to the ring.”

He and Todd won the CWF tag titles in February and and Todd passed his half of the belts on to Spyder after he joined the Cartel. They have managed to hang onto the belts since that time.

Although he stands tall at 6’3″ and tips the scales at a monumental 450 pounds, Carlsen says he is extremely agile. “People are surprised at how well I move in the ring.”

He hopes to move up to the show one day and he says that he may be invited to the NWA 51st anniversary show in September where Jim Cornette is rumoured to be involved.

But for now Carlsen is helping to promote shows in Regina. “People are eating it up,” he said. The shows were a cross-promotional exercise with a blend of traditional style and hardcore talents.

If you live in Saskatchewan and hope to catch a glimpse of ‘Canada’s largest athlete’ in action there will be a show on August 20, at the Tartan Club in Regina where Carlsen and Michelle Starr will team to face Toxic Insanity for the NWA tag titles. There will be a rematch the following night at Jungle Joe’s in Moose Jaw.