It’s fitting that Earl McCready finally gets a bio in the Canadian Pro Wrestling Hall of Fame during the Olympic Games. McCready was not only was he a legendary pro, with a career that spanned almost 30 years, but he was without a doubt the best amateur wrestler our country has ever produced and Canadian flag bearer at the 1928 Games in Amsterdam. 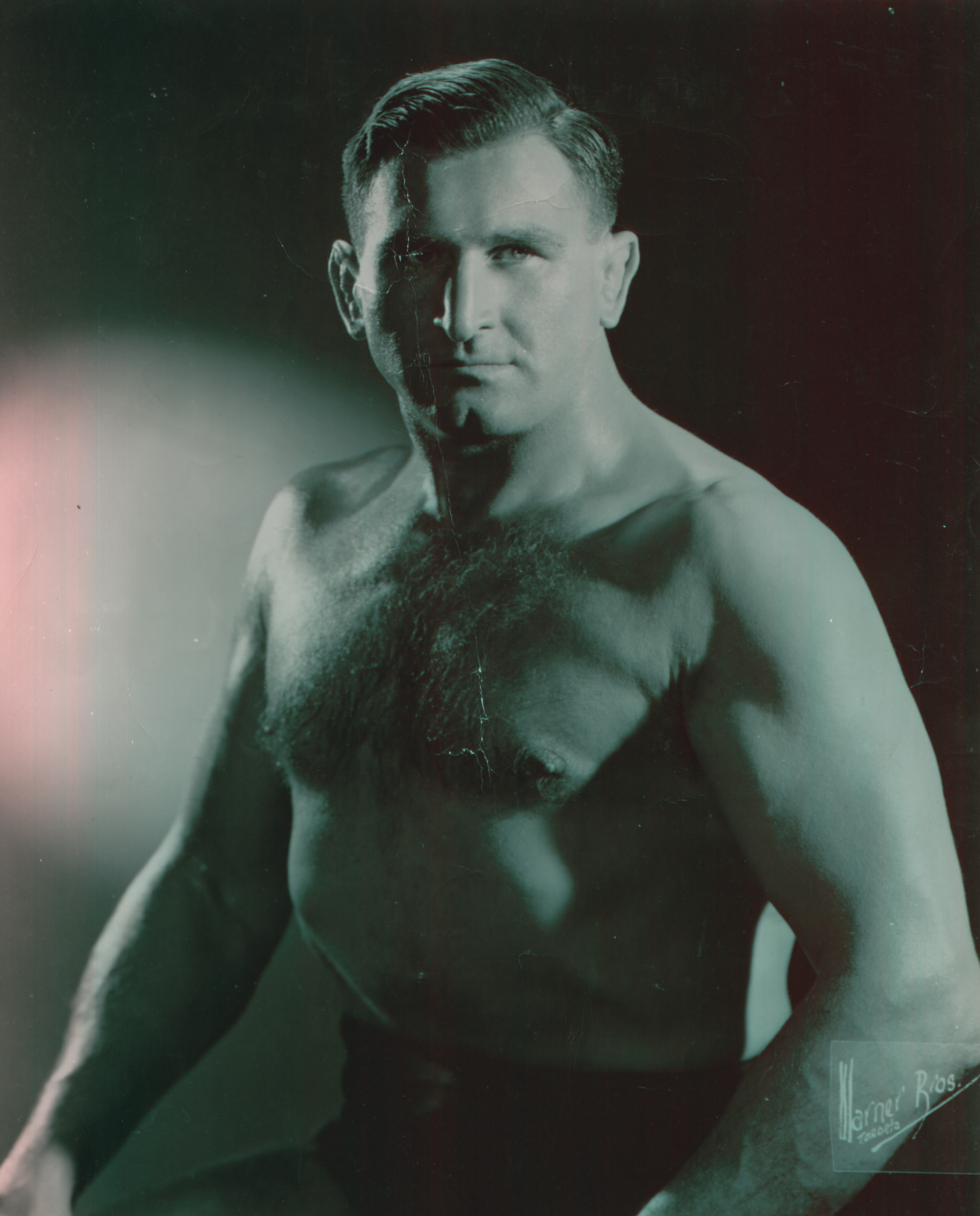 McCready was born in Landsdowne, Ontario but grew up in rural Saskatchewan, in tiny towns like Ogema and Milestone. (He was later billed as a pro as being from Bures, Saskatchewan.) Working on the farm made him solid and tough. He also spent a few years as a school teacher in Querrin, Saskatchewan.

Legend has it that he ordered a book on How to Handle Big Men With Ease and learned to wrestle from it.

A July 1943 story in the Toronto Telegram talked about McCready’s entry into the amateur wrestling ranks in 1926:

“He started studying the sport in a small western town 75 miles out of Regina. Becoming ambitious, he entered the Canadian championships and travelled to Vancouver. Here he hooked up in the final with one Charlie Strack, considered one of the best in the United States and who had entered the championships purely for pot-hunting reasons.

When word reached Oklahoma of Strack’s defeat, coupled with Strack’s return, McCready had grown from a 190-pound elongated farmer lad to a proverbial Paul Bunyan. So impressed was the late Tom Galligher, coach of the college with McCready he invited Earl to come to Oklahoma A. and M. (Oklahoma Agricultural and Mechanical University, forerunner of Oklahoma State) on an athletic scholarship and wrestle for the college. Needless to add, when Earl arrived at the college, Galligher took one look at him and turned to Strack, saying, ‘Your man has shrunk slightly.'”

At Oklahoma A & M, McCready became the first-ever winner of three-straight NCAA wrestling championships, from 1928 to 1930. 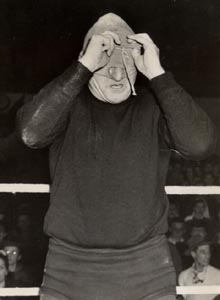 The biography on McCready on the Oklahoma State web site tells a slightly different version of his arrival at the university, though perhaps lacks in the creative flair that was 1940s journalism.

“[McCready] came to Oklahoma A&M in 1926 after Fendley Collins and two teammates from the school spotted the strapping heavyweight at the Canadian national freestyle tournament and persuaded him to follow them back to their campus. Under coach Edward C. Gallagher, he won every match for three years, all but three by fall. In the 1928 finals, he won by a fall in 19 seconds, still a record for an NCAA Tournament conducted under collegiate rules. Also won four national freestyle championships, one in the U.S. and three in Canada. … As a collegiate athlete, was a three-year letterman and won all-star honors at guard,” reads the OSU site.

In 1928, he represented Canada in Amsterdam at the Olympic Games, but in his own word in a 1975 Globe & Mail article, didn’t do “nothing”, failing to place in the unlimited heavyweight division.

The year 1930 saw the first British Empire Games — the forerunner to the Commonwealth Games — take place in Hamilton, Ontario. There, McCready captured a gold medal in freestyle as a heavyweight.

After winning just about everything he was eligible for as an amateur wrestler, the transition to the professional game was a logical one.

Maclean’s Magazine, in a 1931 article, mentioned that McCready’s arrival on the pro scene was a boost for Canadian content. “Hitherto the sport has prospered in Canada without much native talent. Earl McCready, Regina’s representative on Canada’s 1928 Olympic team, has proved his fitness for competition in the most select company.” 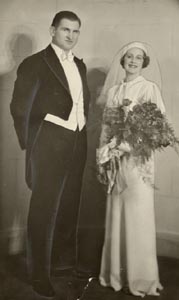 McCready is generally acknowledged as one of the most skilled pro wrestlers of the ’30s and ’40s. The Ring magazine once ranked him as high as second in 1937, behind Jim Londos. That same year, The Boxing News Record‘s Nat Frank wrote that McCready “is looked upon as a champion in the South Seas and Australia. McCready is a good wrestler but just about lacks the qualifications to step over into the first circle of the chosen octette.”

The 1943 Telegram article by Johnny Fitzgerald seemed to have a similar opinion of McCready eight years later, writing, “McCready, at 35 years of age, is only about one month’s serious conditioning away from being the world’s best, in our books. True, he wrestles regularly and is in pretty good shape all the time, but for a world title shot give him one month and let yours truly have lots of the ready around to wager on him.”

After turning pro in 1930, it took him less than two years to get on top, wrestling top stars like Dick Shikat and world champion Ed ‘Strangler’ Lewis. On the Canadian Prairies in 1933, he dethroned the British Empire champion Jack Taylor after a 10-year reign.

The Sports Post newspaper in Wellington, New Zealand wrote about McCready in its June 8, 1946 edition.

“Challenges in 1938 came from all parts of the Empire. McCready does not shy from challenges and, in order to establish his title rights beyond dispute, decided that year to take the title on tour.

He went to England, where he had three or four matches, but nobody caused him any trouble.

From South Africa came a brazen challenge from a competent heavyweight in Johannesburg, Johannes van der Walt. The South African claimed Empire premiership, but was not prepared to travel to meet McCready.

Typical of his confidence, McCready, the Mountain, went to Mahomet. His brief appearance in the Union shattered the confidence of the local wrestling fraternity in their champion.

Without any tuneup bouts, McCready was matched against van der Walt.

The result rocked South African wrestling fans. Nothing more has been heard of them about the Empire title. McCready heaved van der Walt all over the ring. It was over in four rounds.

In Australia and New Zealand, McCready was also unbeaten that year. His supremacy seemed unassailable.”

It took another Canadian to dethrone him of the title in 1940 — John Katan of Lethbridge, Alberta. Katan had previously challenged McCready for the title, drawing once and losing three times

In the early ’50s, McCready was slowing down, and did less travelling, choosing instead to battle in the West for Stu Hart’s fledgling Stampede Wrestling promotion. There, he became a huge star and is in the Stampede Hall of Fame.

McCready retired from the ring after a 28-year career, and settled in Edmonds, Washington, where he ran a massage parlour.

Outside of the ring, he fought many adversaries as well. He was in a car accident in 1942 when a train hit his car; McCready escaped with bruises and the car was totaled. Osteomyelitis claimed his left leg in 1966, forcing him to use a wooden leg. On top of it all, McCready was a diabetic for the last 40 years of his life.

The end came for McCready in December 1983, when he died of a heart attack in Seattle.

The sum of Earl McCready might be best described with this list of Hall of Fames in which he is inducted: