The Destroyer lifts the mask 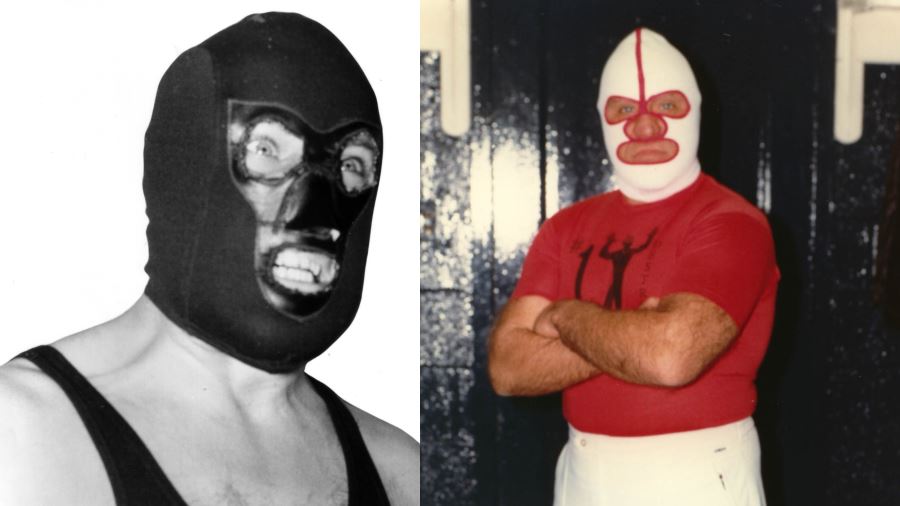 “I may not be the biggest or the strongest, but I’m the

quickest and the smartest.” — The Destroyer

Like the mask he hides behind, facts about The Destroyer are a little hard to come by. He’s really Dick Beyer, from upstate New York. Before getting into pro wrestling, he was a guard on a Syracuse Orangemen team that made the Orange Bowl, and later an assistant coach at Syracuse.

“When I graduated from Syracuse University and went back and got my Masters degree, I was recruited by Ed Don George to go into pro wrestling,” The Destroyer recalled in a May 2000 interview with SLAM! Wrestling. “I said to my family — of course I wasn’t married then — I said, ‘I’ll stay in this five years, make some money, then I’ll be able to afford to teach’, which is what I wanted to do. And I got into wrestling and I didn’t make the money that I envisioned I was going to make until I put a mask on as The Destroyer out in California in ’63. Then I was doing so good, I couldn’t afford to quit!”

His career did indeed take off in 1963 in Los Angeles, when the promoter there wanted him to don a mask for a few weeks, and when the gimmick ran its course, unmask. The Destroyer became so successful, he never did unmask (as far as we know!) He wore the mask everywhere, knowing full well that it was the best publicity and promotion possible.

The Destroyer was a huge star in Japan, one of the first North American stars to ever make it big there. He was also a big star in the Mid-South and Florida.

The Destroyer talked about his decision to work Japan for The Giant Baba’s All-Japan Pro Wrestling promotion. “I presented them an offer that they didn’t refuse. I told them that I would come and work for their company. Because at that point, Giant Baba was a splinter group off Japan Pro Wrestling, which Rikidozan had started.”

“All Japan Pro Wrestling became Giant Baba, Jumbo Tsuruta and The Destroyer. I probably wrestled more with [Tsuruta] than against him. In Japan, we wrestled about 180 matches a year. We went on tour — I’ve probably seen more of Japan than the average Japanese will see in two lifetimes!”

In conversation with The Destroyer — he off the gruff, growling voice — it’s easy to pick out the lines that he has obviously thrown out before. “I went over for Giant Baba for one year and stayed six” was one such line.

Living in Japan made him an honourary Japanese of sorts. “I wrestled on the Japanese team against the Americans. It got over very well because I was an establish person at the time. I hadn’t been abused. They tried to, but I wouldn’t let them.”

The Destroyer left Japan to return to the United States in 1979, but he continued to return each year until 1993. “When I left Japan after working for Baba for six years, I said ‘When can I come back for a tour?’ He said, ‘Destroyer, you can come back anytime. You pick up the phone, you say you want to be booked for three weeks, if you’re on’. I started teaching here in ’84, and I’m off summers. And they were on a summer tour, a July tour, and I would go over.”

“I would make as much on that tour as I made on half of my teaching salary.”

Beyer was a Phys. Ed. teacher at Akron Central School in Akron, NY. He coached football, wrestling but his biggest success was in coaching swimming. He retired from teaching in June 1995, but still coaches the swimming team.

His teaching skills came in handy overseas too. “It was good for me and it was good for Baba because at that particular time in my career, I was more of a teacher for him than I was a drawing card.”

“Some of the Americans would say, ‘How come they’re using you down there?’ I said ‘Don’t start roughing up the apples!’ because I’d wrestle and be done, take a shower. I didn’t want to wait around for the main event. I’d been there, done that. And I got paid the same.”