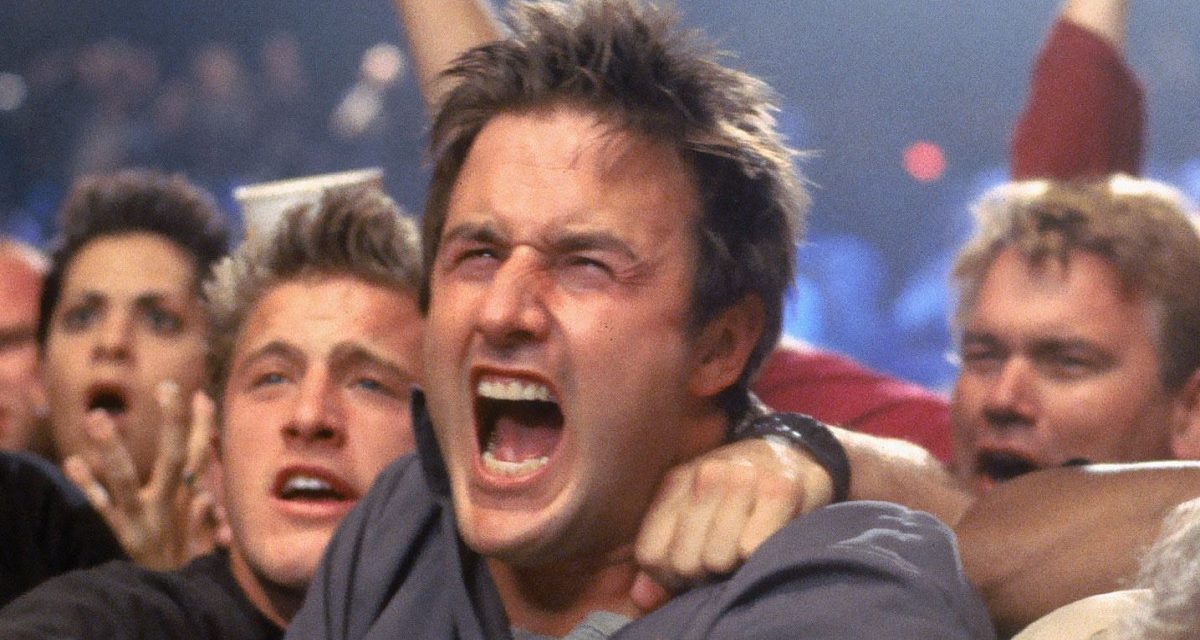 As a Slam Wrestling reporter and editor, I have met insane-o grappling fans like Ready To Rumble‘s Gordie Boggs (David Arquette) and Sean Dawkins (Scott Caan) in my travels. Man, they are as scary as Hulk Hogan will be in twenty years when all those tanning machine sessions on nuclear blast mode take their toll. 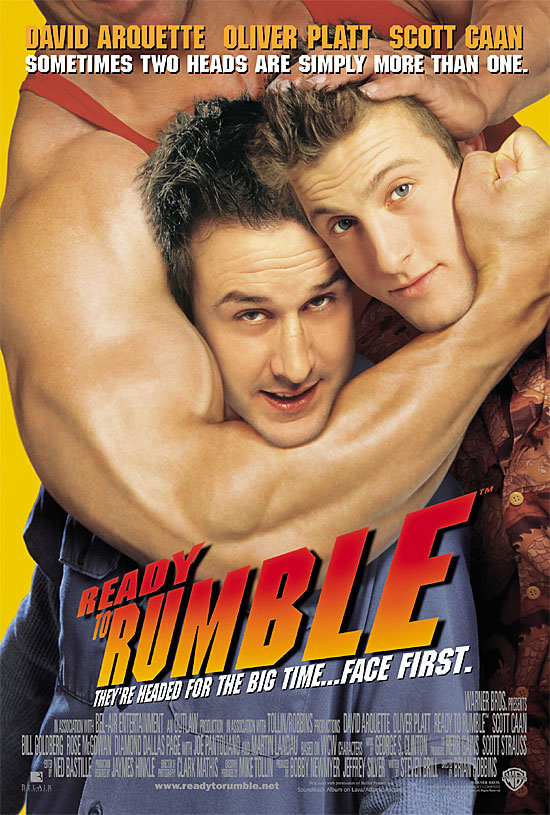 But whose arm is that??

Boggs and Dawkins take their love of pro wrestling one step too far. I mean, hell yeah, it’s been a fun-filled part of my life for some 24 years. A PART of my life not my WHOLE life. And, I am not afraid to admit that either. One part athletic showcase and one part soap opera, professional wrestling is the grandest form of live theatre there is. A one-of-a-kind interactive showcase in which the fans are a much a part of the goings-on as the performers themselves. Their reactions alone determine which direction a particular wrestler’s career will go…if anywhere. They can make you a star or send you rocketing to the unemployment line in a blink of an eye.

Back to the revenge of the nerds.

Boggs and Dawkins are so enamored with their wrestling idol – Jimmy King – (Oliver Platt as a plumper, too-many-burgers-in-the-belly-welly combination of mat legends Harley Race and Jerry Lawler, if you will) that they live by his character’s every word and deed. In their confused noggins, fantasy and reality have blurred. They are the perfect example of how wrestling fans were approximately thirty years ago. That isn’t the case now. The majority of fans understand that what they are seeing is scripted entertainment and the premiere wrestling federations who once guarded their secrets like they were the nuclear launch codes or something, freely acknowledge that too. Boggs and Dawkins are more like Bill and Ted on an excellent adventure rather than being true representatives of your modern day grappling enthusiasts.

The heavyweight champion of World Championship Wrestling, King is screwed over by Titus Sinclair (Joe Pantoliano), WCW’s greedy promoter. Sinclair orders his wrestlers to really attack King (called a shoot fight in the biz) and the World Title belt is awarded to Diamond Dallas Page (playing himself). King is fired and drop-kicked out of WCW. Boggs and Dawkins are crushed by their hero’s defeat and make it their duty to put The King back on his throne by infiltrating WCW. 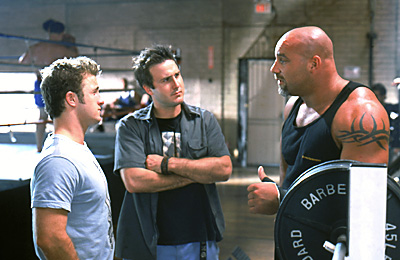 Ready To Rumble ranks as the best fictional wrestling film ever lensed. Examining the competition, that’s not too great an accomplishment on its own. Past stinkers like the dreadful Hulk Hogan vehicle No Holds Barred, the dopey Body Slam with Roddy Piper and All The Marbles starring Peter Falk put fans to sleep quicker than Sgt. Slaughter’s Cobra Clutch submission hold could. Though they had elements of comedy in them, those flicks took their subject matter way too seriously. Remember, this is professional wrestling we are talking about after all. A make-believe realm where talcum powder blinds people, tables are pre-cut to break upon impact and where the competitors know how their match is going to end before the opening bell even rings. 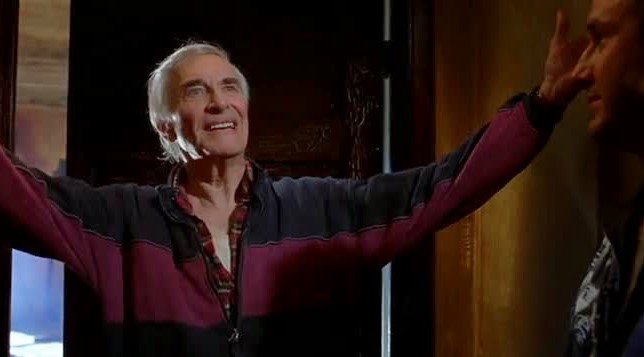 As the film’s “wrestling coordinator”, Klucsarits’ input has created fictional matches that are superbly executed in their detail on film. They are as fun to watch as any bout on television or staged in front of rowdy revelers in a crowded arena. Martin Landau is priceless as a Stu Hart-type trainer, breaking bones and wrenching muscles in his make-shift wrestling school.

Produced by WCW Vice President – Eric Bischoff and distributed by Warner Brothers – a division of Time Warner, the owners of World Championship Wrestling along with media mogul, Ted Turner – Ready To Rumble works because of its tone. It’s a lighthearted look at wrestling poking fun at the business and the stereotypes that plague it. There’s lots of Ace Ventura-toilet bowl humor but also clever in-jokes that hardcore fans will appreciate. This one’s for all those turnbuckle-heads out there. Egg heads need not apply.

Bloopers and a collage of crotch shots as the credits roll + a match held inside a convinience store – gratuitous human waste + the vacuum in a porta-potty trick x Nitro Girls in next to nothing + Canadian Sabrina The Teenage Witch star, Caroline Rhea, as The King’s white trash wife + a van packed with Van Halen singing nuns + Scott Caan for saying: “Jimmy King is the people’s champ.” + cameos by the Macho Man and Gorgeous George + the Smokey And The Bandit cops + Rhea for saying: “All I’ve got to remind me of him is an itchy crotch.” + the re-introduction of WCW’s Tower Of Doom steel cage + Bif Naked’s rendition of Twisted Sister’s “We’re Not Going To Take It” = Bill and Ted get piledrived.