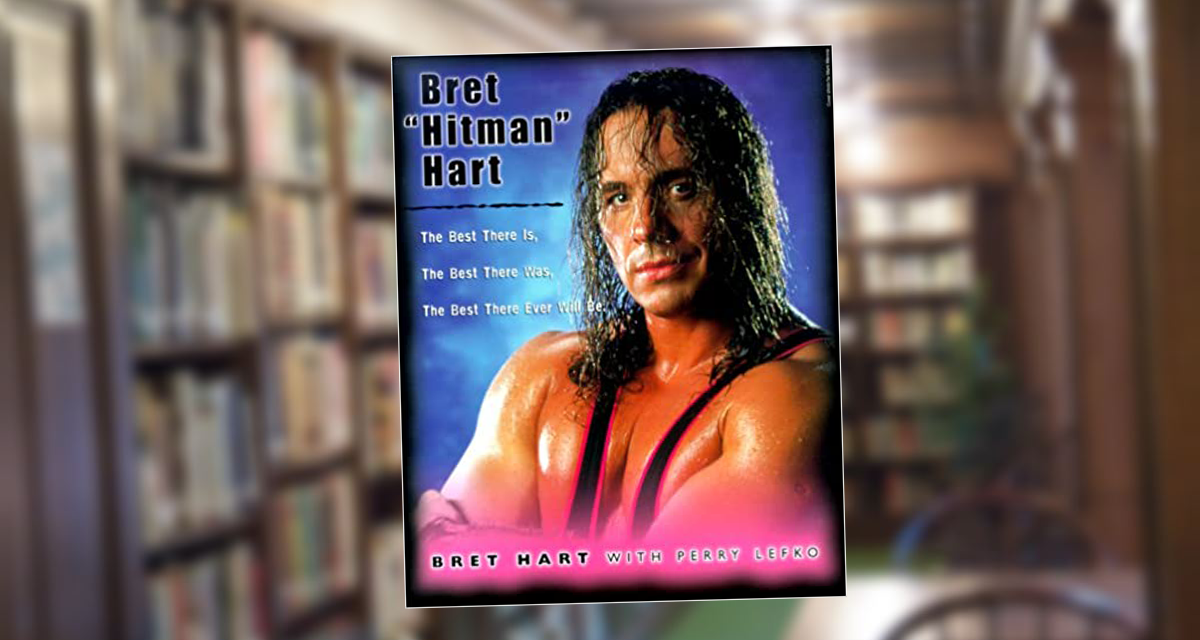 Well, it’s got an unwieldy title, but it’s bound to sell well. It’s a picture book, and features never-before-seen photos from a private collection.

Written by Toronto Sun sports reporter Perry Lefko, the book comes from Stoddart Publishing, is 128 pages long, and will priced at $19.99 in Canada.

“It’s a fan book” not a “kiss all, tell all,” Lefko told Slam Wrestling. “It’s principally my writing with interviews I did with him.” Lefko first approached Hart’s management about the book two years ago, and it went through numerous different phases until the current incarnation.

“It sort of fell apart. A year later, it came up again,” said Lefko, adding that Hart had changed management.

The photos come from Bret’s private collection, and from WCW. Needless to say, the WWF didn’t co-operate.

Bret’s memorable column from the Calgary Sun on the death of his brother Owen (“Reflections of a big brother”) is also included in the book, as well as some never-before-published Owen Hart photos.

For Lefko, the most memorable part was “getting to go to his place and spending a couple of days with him.” He traveled around town with Bret’s family, and “politely declined” an invitation from Stu Hart to venture into the Dungeon.

At the Toronto Sun, Lefko covers the CFL and curling. He’s had two other books published, Flutie, the biography of one of the greatest CFL quarterbacks ever, and The Greatest Show On Turf, the story of horse racing’s Breeder’s Cup.