Hitman Hart speaks from the sidelines

Amidst all the chaos that’s been going on in WCW the past two weeks, former WCW World Heavyweight champion Bret Hart has been quietly sitting at home, recuperating from a serious injury.

Last month when he had to vacate the title due to injury, an incredible chain of events was set off. WCW was forced to cancel Bret’s title defense against Sid at SuperBrawl forcing then-booker Vince Russo to come up with someone new to put the title on. 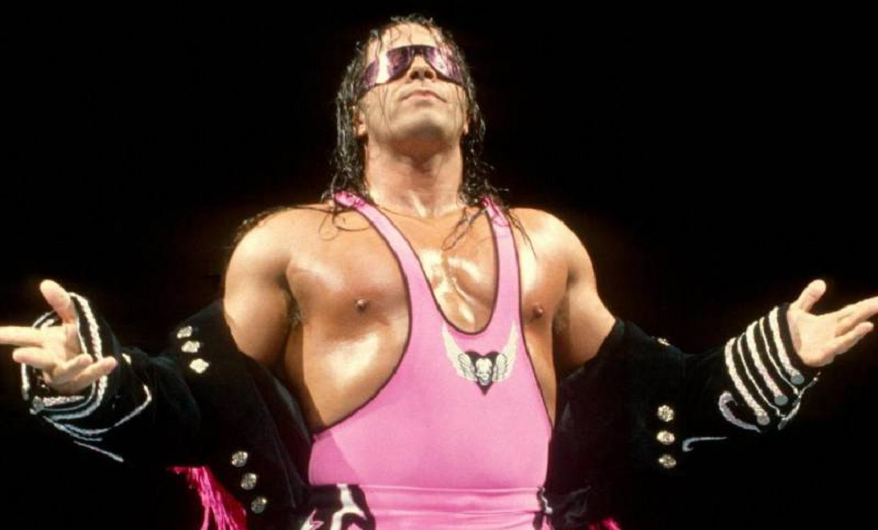 Russo wanted to give it to Tank Abbott. Bill Busch got wind of that idea and immediately vetoed it, leading to Russo’s demotion and to Kevin Sullivan being appointed head booker. Once that happened, the WCW ‘Radicals’ confronted Busch and when they couldn’t get Russo’s job back, they asked for their release. Two weeks later they appeared on WWF RAW.

So Bret, how does it feel to have been the catalyst for what has turned out to be the biggest news story in wrestling so far this year?

“I am really sorry to see (Chris Benoit) go, if only for my own selfish reasons,” Hart told SLAM! Wrestling yesterday in an exclusive interview.

Even though Benoit is going to work for his real life enemy Vince McMahon, Bret has high praise for Benoit’s ability in the ring and hopes he can be a big success in the WWF.

“I hope for nothing but great things for him,” stated Hart. “He is a true friend, and plain and simply in my opinion, the best wrestler in the world today. I will miss him and Perry Saturn. They will always be good friends to me. Like my brother Owen, I can only say that the wrestling business will never ever get between us as friends, no matter who they work for or why.”

Bret has been resting and recuperating at his home in Calgary, trying to get back into shape so that he can make a return to the ring. Concentrating on following his beloved Calgary Hitmen, Bret characterizes his recovery as “slow but steady.”

“It’s too early to tell at this point (when I’ll be able to return),” admitted Hart. “Concussions are very serious with long-term effects. You lose the ability to diagnose yourself.”

As a result of his slow recovery, Bret is doubtful he’ll be able to make an appearance at WCW’s house show on February 26th in Winnipeg.

“Unfortunately it is not likely that I will be able to wrestle in Winnipeg.”

“More than anything else (I miss not wrestling in Canada as often),” continued Hart. “I wouldn’t be who I am or what I am without my Canadian fans.

Hart also offered some candid comments about The Dynamite Kid, his autobiography and his public jabs and Bret.

“Dynamite Kid was a great wrestler. His book failed in so many ways to capture his greatness. He seems to be a person that can’t seem to accept his own responsibility and accountability for his own demise. I could have written a better, more true account of him, and the funny thing is people might actually have liked him.”

Bret claims Dynamite’s negative comments about him didn’t really effect him. If anything, Bret is more angered over the comments Dynamite made about Bret’s family.

“His comments about me didn’t bother me so much,” said Hart. “I’d have thought he would have appreciated me and things I’ve tried to do for his family since he left Canada. The comments about my father were unfair and wrong. My father was very good to him and it’s more sad than anything else that his own torment and bitterness won’t allow him to say that. He was the Ty Cobb of wrestling.”