A neighbour and a fan of Whipper 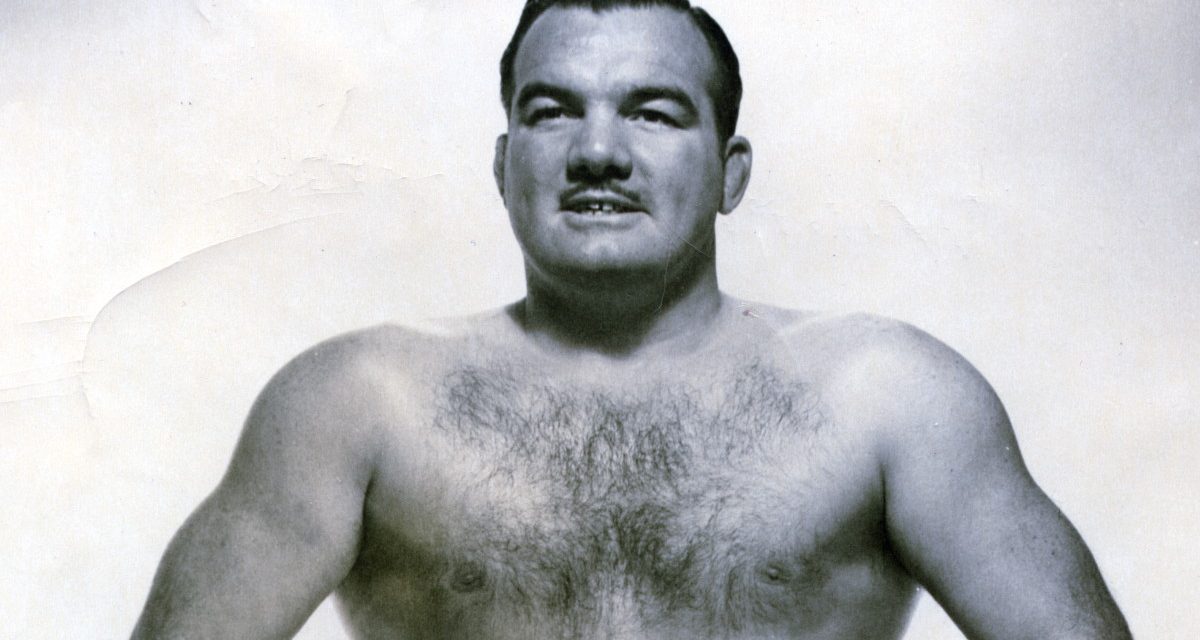 By TOM BATTAGLIA – For SLAM! Wrestling

I was born in East York in 1945 and one of the first names I remember while attending Canadian Martyrs’ school at Plains and Woodbine was that of “The Whipper”.

My friends and I would take a short detour on the way home from school and knock on his door for an autographed picture. We were never turned down. It must have cost his family a fortune because I would ask many times and then pass them on to my other friends, who didn’t live nearby, and to my cousins. 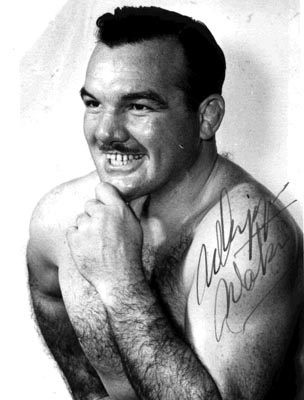 The Whip, and his signature. — photo courtesy Emile Kennedy

He used to live about three to five doors down, off the first street past the Woodbine Bridge, on the north and east side. I can’t remember the name, but I believe it was a crescent.

The Whipper used to visit our school a lot also. This was amazing because most of our visitors were Catholic priests and Catholic superintendents. He was probably the only protestant that ever visited the school. Things were very strict back in the fifties.

He would talk about safety – Elmer the Elephant campaigns, walking and biking, and about treating people with respect. He sure had an effect on all of at the school.

My father, Anthony, used to take me and my brother to Maple Leaf Gardens to see him wrestle and in later years his Canuck Commando hold was a favourite move for wrestling fans.

Watching him on Buffalo TV was also great — he used to fight the Miller Brothers and Gene Kiniski, if my memory serves me right. Those were great battles.

I also took part in his annual snowmobile trek across Lake Simcoe when I worked at CKVR-TV, Channel 3 back in the seventies. I believe at this time The Whipper used a cane, after his serious accident when he was hit by a car.

He was a great humanitarian and a great Canadian.

Tom Battaglia, 54, has been a producer at CTS TV and Crossroads Christian Communications for over 14 years using the pseudonym Tom Anthony. He was born in East York not too far from where The Whipper lived. He didn’t say it in the story but he misses the annual picture of The Whipper holding ‘Timmy’ on the wrestler’s broad shoulders every Easter. Tom is married with four children and lives in Burlington, Ontario.