One of the greatest tag teams ever is no more.

Al Costello, one half of the famed Fabulous Kangaroos, died Saturday, January 22, 2000 at the age of 80. He had been suffering from pneumonia and had some heart problems. His real name was Giacoma Costa.

His partner in the Kangaroos was Roy Heffernan, and they were on the top of their game in the 1960s. Heffernan died in September 1992 at 67 from a heart attack in Sydney, Australia. 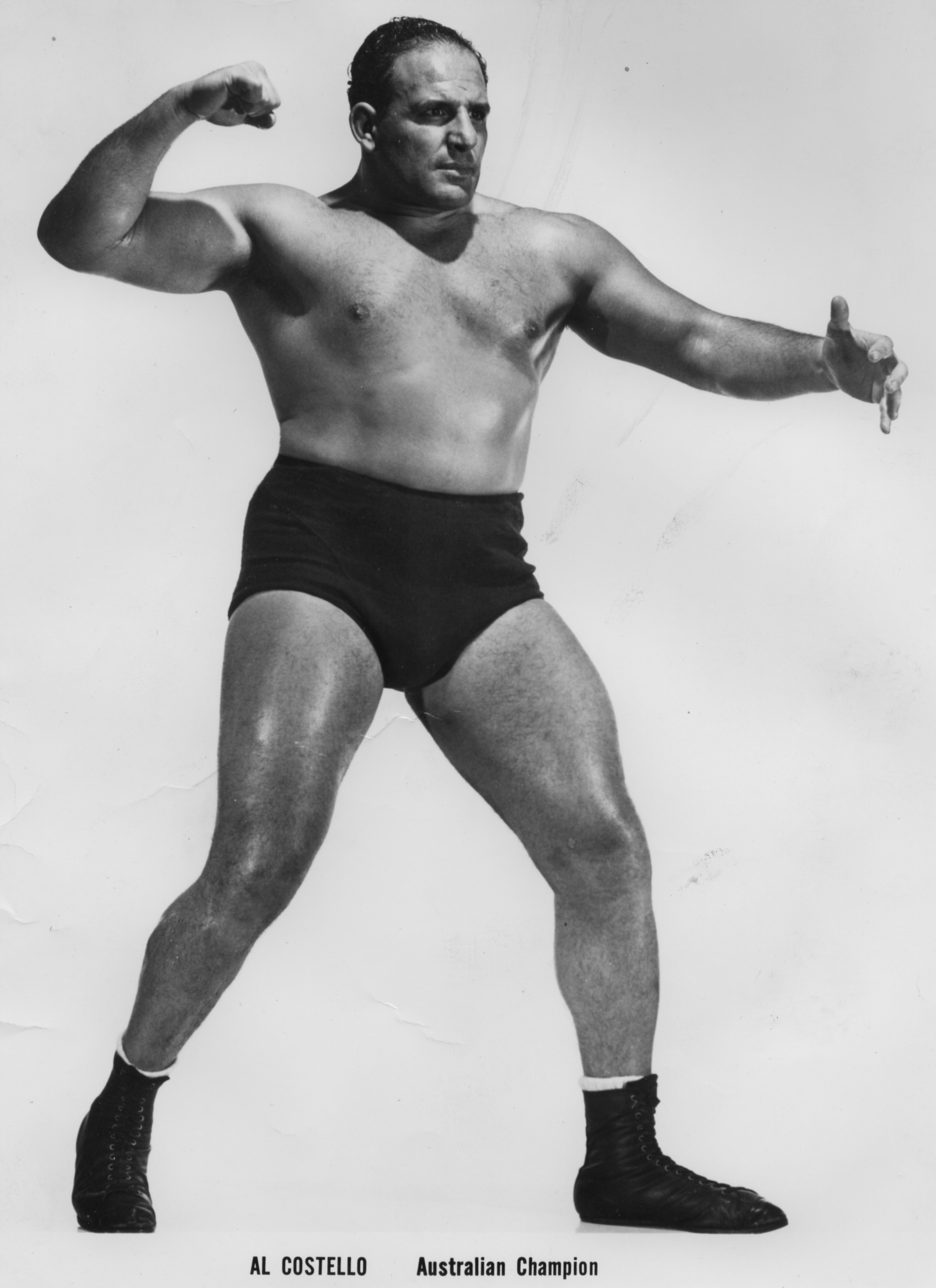 In an interview with Piledriver magazine, reprinted in Whatever Happened to …?, Heffernan recalled the debut of the Fabulous Kangaroos:

“Al Costello and I made our debut as The Fabulous Kangaroos in New York in `57. We had little boomerangs that we threw to the crowds, and we had our manager with us. We had a big banner with `The Fabulous Kangaroos` on it, and a recording of `Waltzing Matilda` that we’d march down to the ring to. I remember the first time carrying the banner. It was a low ceiling and the top of the banner hit it. Then our manager, Red Berry, starts to fall. Al Costello tries to catch him. And he starts to fall. So, I try to catch them both. And suddenly, all three of us fall down! And this is our grand opening. Our debut! All three of us are floundering around, our hats are all twisted, and we look just like the Three Stooges! We never lived that down. (Laughter) It was awful.”

Long-time London, Ontario wrestling fan Terry Dart saw and met the Kangaroos on numerous occasions. “They were usually villains,” he said. “They were pretty scientific, but they were booed.”

The Fabulous Kangaroos were certainly well-known right across Canada, from the Vancouver promotion, right through to Grand Prix in the Maritimes.

Costello & Heffernan were even WWWF tag team champions on three occasions in 1960: They beat Red Bastien and Lou Bastien on July 21, 1960 in Washington, DC, and losing them back to the Bastiens on August 8, 1960, also in Washington. A couple of weeks later, the Kangaroos regained the belts on August 24, 1960 in Bridgeport, CT. They finally lost the belts November 19, 1960 in Teaneck, NJ to the formidable team of Buddy Rogers and Johnny Valentine. A week later, Buddy Rogers forfeit his share of the titles, and the Kangaroos beat Valentine and Chief Big Heart in Washington, DC for the belts. It was Johnny Valentine and Bob Ellis who relieved the belts for good from the Kangaroos on January 11, 1962 in Washington.

Numerous Fabulous Kangaroos tag teams followed, with names like Don Kent and even Al Snow in them. But nothing ever compared to the originals — Al Costello and Roy Heffernan.