ECCW documentary on the way

If ‘Dirty’ Dan Denton has his way, the rest of Canada will soon be seeing a lot more of the B.C.-based Extreme Canadian Championship Wrestling Promotion. 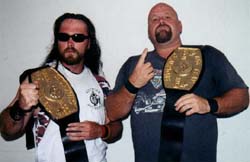 Dirty Dan Denton, right, with his tag team partner Spyder during this summer’s run with ECCW. The two were tag champs for a while.

Denton is both the brains and the body behind B.C. Body Slams, an almost-finished wrestling documentary on the hardcore promotion. Brains, because it’s his work, and his production company, Frozen Pond Productions, behind the movie. The body? Well, Denton’s a 15-year veteran of pro wrestling, and he donned the tights again this summer to tour with ECCW.

B.C. Body Slams has been bought by CTV, and Denton hopes that it will air this spring.

If he had to choose between the wrestling and filmmaking, though, it wouldn’t be hard. “You miss [wrestling], but then when you’re there, you remember just being on the road all the time, the politics, and all the stuff like that. I like the position I’m in now, believe me!” he laughed from his part-time home in Marina del Rey, California (he’s in Winnipeg for part of the year).

Denton spoke to SLAM! Wrestling just before departing for the influential Sundance Film Festival, where his company won big last year with The Shoe Store in the No Dance event, for productions on DVD, VHS or Internet streaming. Originally, B.C. Body Slams was going to be screened at No Dance as a work-in-progress, but it’s not at that stage, he said.

“I was going to screen this as a work in progress at No Dance, but it wasn’t ready. No Dance is the digital festival of Sundance. I have less of a drive to do that, maybe, because the show’s already bought. I have distributors calling me up wanting to pick it up,” he explained.

Some industry people have seen a rough cut of B.C. Body Slams, and according to Denton, they are shocked by it. “The one thing that people have actually said is, midway through, they’ve said, ‘Stop the tape! Holy sh*t, this is the real wrestling!’ To me, that’s the ultimate compliment. In the day of sports entertainment and everything else, these guys are just blown away. That’s real blood. Because it’s all tables, and chairs and barbed wire baseball bat matches.” 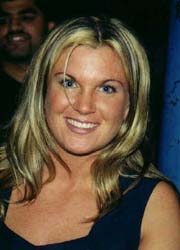 Unlike major films like Hitman Hart: Wrestling With Shadows, and the soon-to-be-in-wide-release Beyond The Mat, Denton’s flick focuses on a minor circuit, with the wrestlers giving their all in front of 50 or 100 people. ECCW mainstays like Gorgeous Michelle Starr, Moondog Manson, Buffy, and Spyder are featured prominently.

And B.C. Body Slams is probably not the last wrestling project he will do, either.

“You have no idea how hot wrestling is right now. Everybody and anybody is calling me,” he said. “It’s funny because these studio people have no idea about wrestling. They just know that it’s hot. It could be a red car that’s hot — let’s do a film about it!”

For one, Denton wants to do a feature film set in the Maritimes, and loosely based on his experiences working for Grand Prix Wrestling. The film would be about a wrestler who starts out on the little Maritime circuit, ends up in the bigs, and finally returns to the little circuit — “and nobody can figure out why he’s back.”

As for Denton, returning to the ring after a hiatus of a number of years was a bit of a shock. His body withstood okay, even in the barbed-wire bat matches. But wrestling has changed over the years. 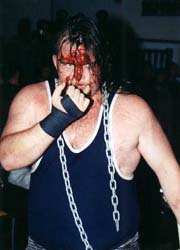 “My last big run was basically in Mexico,” said Denton, who was part of Los Animales with Eddie Watts and Rick Patterson (aka Leatherface). “It was like the heyday of the Mexican wrestling, so we were making a lot of money, working in front of thousands and thousands of people and [doing] a lot of shows.”

Very few of the wrestlers had ever been a part of a regular circuit, like Grand Prix, or Al Tomko’s old All-Star Wrestling promotion in B.C. “It just floored me on the lack of knowledge of some of the guys they’ve got in the business today. First of all, they’d have no idea what it was like working a real territory, where everybody was there just for the sake of wrestling. And the mentality of the guys. And the history of the wrestling. I was in a van this summer travelling when we were shooting this film, and we’re talking about Bruiser Brody. There were guys in the van who had no idea who he was!”

Not wanting to sound like a complete “60-year-old man lecturing kids,” Denton confessed that he’s been very happy with his career in wrestling, and that he keeps many friends to this day.

“Wrestling’s always been one of those things where you haven’t seen a guy in 15 years, walk into a dressing room or bar, see the guy, and it’s just like you were down the road yesterday.”

It’s just that now he’s behind the camera filming old friends. Not in front of the camera, trying to convince the fans to come and see him at the arena.