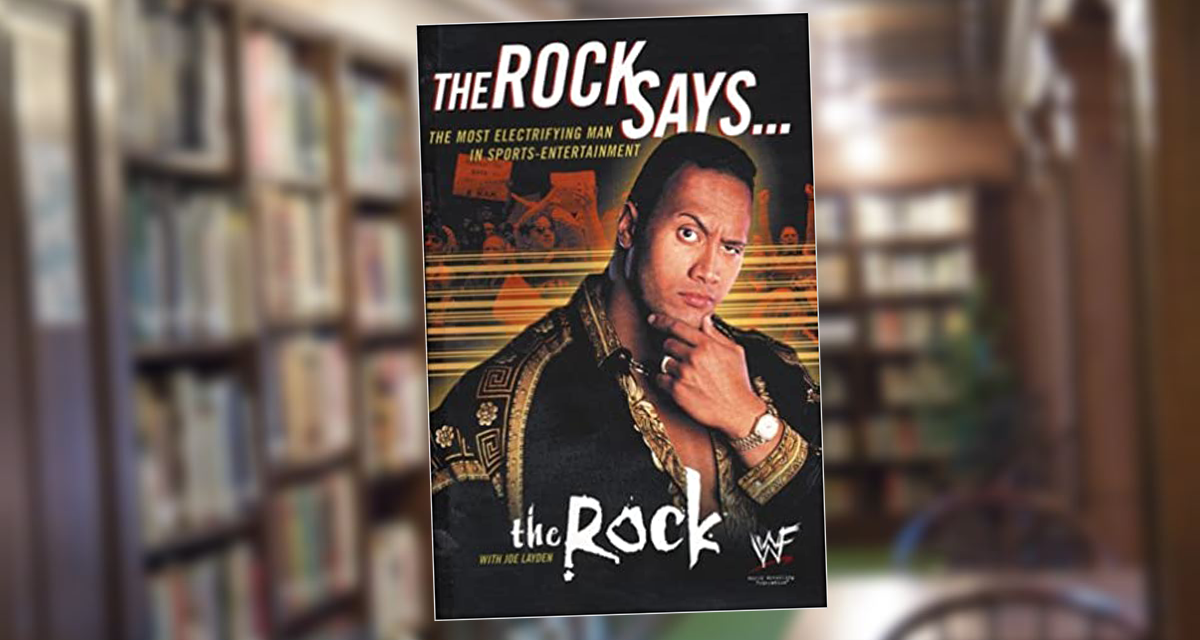 Together with professional author Joe Layden, WWF star The Rock has released his autobiography. The Rock Says… tells the story of Dwayne Johnson’s journey from the cradle to his current platform as the most electrifying man in sports entertainment today.

Unfortunately, while the journey may have been interesting and compelling, the book fails to deliver.

To be fair, I must admit that the first third of the book is fairly decent.

The Rock tells about his childhood and his upbringing in a wrestling family (as fans know, his father and grandfather were both professional wrestlers), and is very honest about this phase of life. He also offers stories of his early adult years, as he struggled against injury in his quest to play college and professional football. Through these stories, we learn of his natural athleticism, his fiery temper and his desire to be the best at everything he does, attributes which are prominently displayed in his in-ring persona. He then touches upon the earliest years of his wrestling career, from his training under his father to his “minor-league” days as Flex Kavana, and then finally his entrance into the WWF.

After this though, the book loses its steam.

Instead of continuing the autobiography, Johnson opts to slide into character. Rather than revealing his true feelings about his career and his matches, he lets The Rock take over and describe the matches from The Rock’s point of view. Granted, this schtick may be interesting in 30-second promos on WWF Raw. But in printed word, it gets tired pretty quickly.

Instead of learning what Dwayne Johnson was thinking and feeling as he was delivering the 15th chair shot to Mankind’s skull, we get the typical “I clocked the jabroni over and over, but the piece of monkey crap just wouldn’t go down.” Personally, I’m more interested in the man behind the character, and found this direction very disappointing.

Disappointing especially considering that the book has the potential to be so much better. Johnson’s reflections on the late Owen Hart are touching and personal. As well, the section where he discusses the preparations, including the choreography, for his WrestleMania match against Steve Austin, is a good look behind the curtain. Alas, the reader is only allowed a peek at the backstage world before The Rock cocks his eyebrow yet again and reminds us to know our role, and shuts us out.