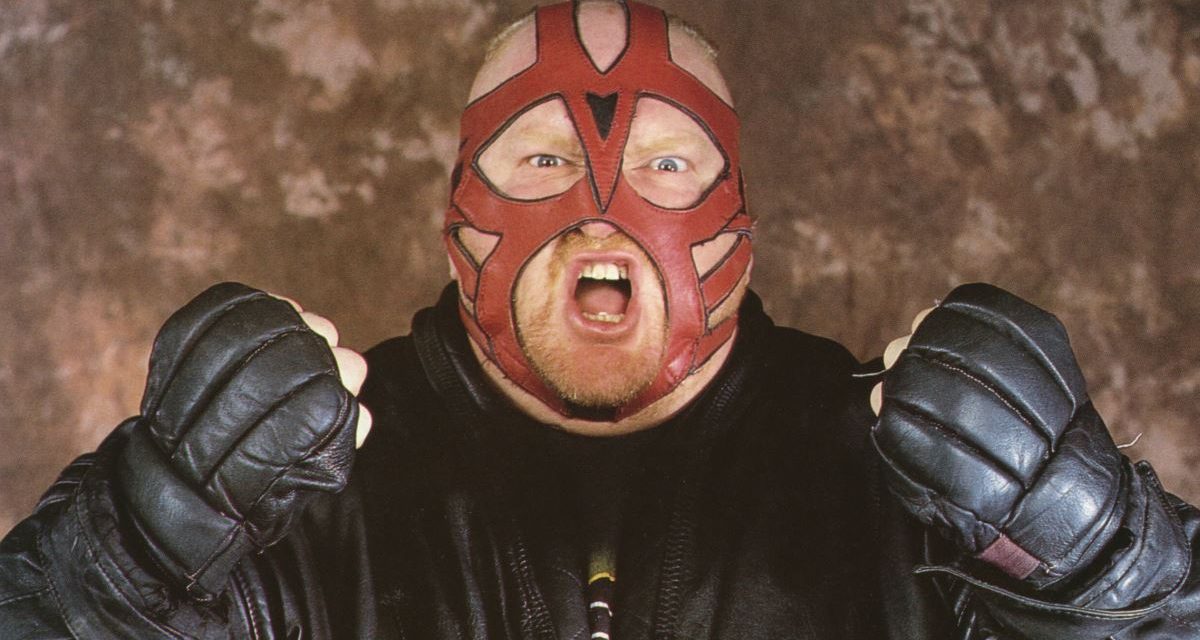 Since its formation in 1972, All Japan Pro Wrestling has been one of the most progressive promotions in wrestling history.

Guided by the wisdom of owner and promoter Giant Baba, All Japan has been a sanctuary for wrestlers from around the world who found refuse from the circus-like trappings of American wrestling in its serious, athletic style.

One such wrestler was former WCW heavyweight champion and WWF star Vader.

Towards the end of his WWF tenure, Vader was contemplating retirement. Years in the ring working a physically demanding style had taken its toll on him. His body, breaking down from the years of constant travel on the road, had about all it could take.

Still, this ring warrior wanted one last run, one last chance to show the WWF he could make a difference and make a significant contribution to a wrestling promotion. And so, Vader negotiated his release from the WWF and set out to the Land of the Rising Sun in 1998 in hopes of rejuvenating his career.

It was a huge gamble. Being in constant pain and with questions being asked about his stamina, many wondered if Vader would be able to make it in All Japan, renowned as the most physically demanding wrestling organization today.

We’re now in the year 2000 and the results have been clear: Vader has been an overwhelming success in All Japan.

Since entering All Japan, Vader has enjoyed a rebirth of mammoth proportions. He’s in the renaissance of his career, wrestling the best he’s wrestled in years.

Vader’s success in All Japan comes as no surprise to long time observers of international wrestling. After toiling in relative obscurity in the AWA and several other regional promotions in the U.S. as Leon “The Baby Bull” White, Vader travelled to New Japan Pro wrestling in 1987 and defeated Japanese legend Antonio Inoki in under three minutes. The quick win before a live TV audience over Inoki immediately established Vader as a main event star and monster, foreign heel.

Vader was also able to capitalize on his success in Japan, collecting world titles around the globe. Before he came to Japan, he was a former Catch Wrestling Association (Austria and Germany) World Heavyweight champion, wrestling under the name Bull Power. After winning the IWGP title, he won the CWA title twice more.

Vader also ventured to Mexico where he became embroiled in a feud with Mexican icon El Canek and had a year-long reign as Universal Wrestling Association World champion. Vader was wrestling a whirlwind schedule, splitting his time between Japan, Mexico and Europe.

His accomplishments could no longer be ignored by the provincial American promoters, and WCW secured him to a long-term deal in 1991. After using him for a few shots the previous year, they quickly gave him the WCW World strap. With the title victory, Vader made history becoming the only man to hold versions of the World title on four continents.

From WCW, Vader went to the WWF where his talents were never appreciated or properly exploited. Mired in mid-card status, Vader never enjoyed any real success in the WWF as the office didn’t give him a push equal with his incredible skills and talents. He was languishing in no man’s land with no end in sight to his misuse.

And that leads us to today. Since returning to Japan in 1998, Vader has reclaimed his position atop the Japanese wrestling scene, and has repaired the damage his WWF stint did to his once proud career.

On his first tour for All Japan, he and tag partner Stan Hansen competed in the prestigious Real World Tag League tournament, losing to Kenta Kobashi and Jun Akiyama in the finals. On March 6th, 1999 he defeated Akira Taue to capture the vacant All Japan Triple Crown title, becoming the first man in history to win both the Triple Crown title and New Japan’s IWGP Heavyweight title, (Genichiru Tenryu is the only other wrestler to hold both titles).

He followed up the title victory the following month by winning the annual Champion’s Carnival singles tournament. Vader’s reign lasted two months as he dropped the title to Mitsuhara Misawa on May 2nd in Tokyo.

Over the summer and fall months, Vader contented himself with having stiff, four-star matches with the likes of Misawa (considered by many to be the wrestler of the ’90s), Kenta Kobashi and Jun Akiyama.

Fall came to pass and Vader soon found himself on top again, defeating Misawa in a match of the year candidate on Halloween night to win his second Triple Crown title.

As we enter into a new century Vader is primed to lead All Japan beyond the year 2000. He’s scheduled to defend the title this month against Jun Akiyama, (the Chris Jericho of Japan) and will likely feud with the returning Toshiaka Kawada who has been out several months with an eye injury.

Will Vader continue his ascent upward through the Japanese wrestling aristocracy and cement his legend in Japan? If 1999 was any indication, Vader will prove to all the nay sayers in the WWF that we haven’t seen anything yet!