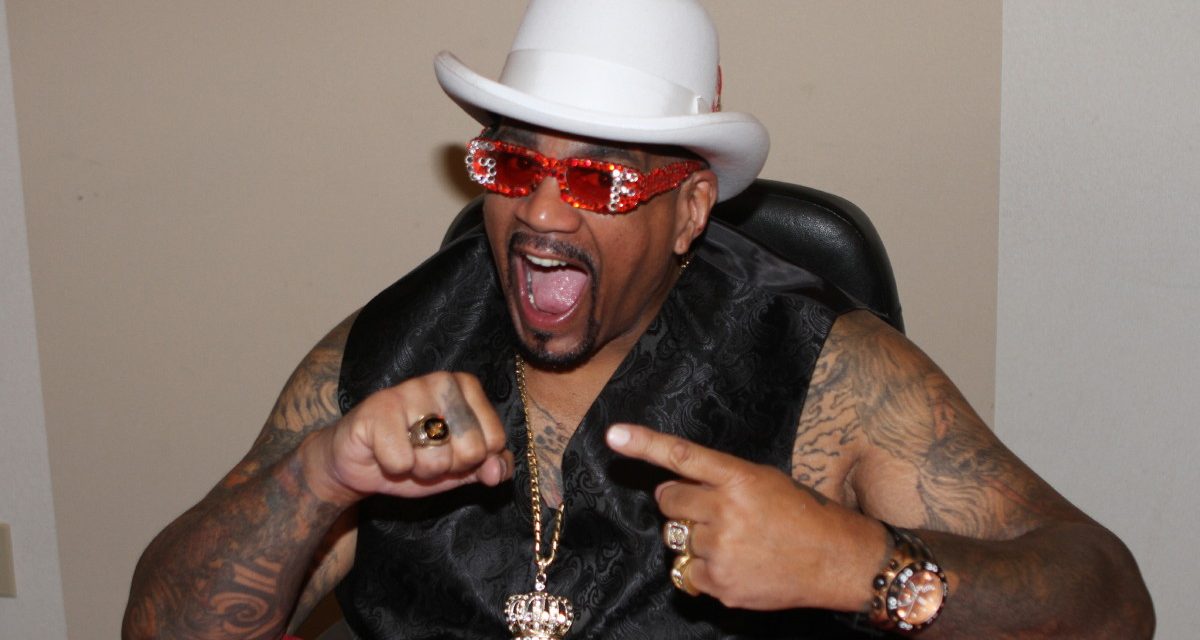 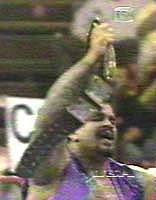 The Godfather as Intercontinental champ.

“Over the last couple of weeks, we should’ve won the damn things. You know, those Hardy Boys…they’ve gotten away twice now when those belts should’ve changed,” The Godfather told SLAM! Wrestling.

Dubbed Supply And Demand by the fans, The Godfather and Venis team have a history of backing each other up at crucial times. The two controversial superstars get along in and out of the ring. There is however one problem.

“You gotta keep Val away from those girls though, you know,” joked The Godfather in town to face Median at a SkyDome house show. “Val would be wearing them girls out!”

Challenging Median (Dennis Knight), one of The Undertaker’s sicko henchmen, won’t be a stroll on the beach. A former WWF World Tag Team Champion as part of the slop-hurling Godwinn Brothers, Knight went under a sinister transformation when he joined The Undertaker’s Ministry Of Darkness. Median’s European Title (bestowed on him by Shane McMahon) isn’t on the line at SkyDome and neither are The Godfather’s “hos”.

“They wouldn’t want to take him. I’ll just have to kick his butt,” said The Godfather.