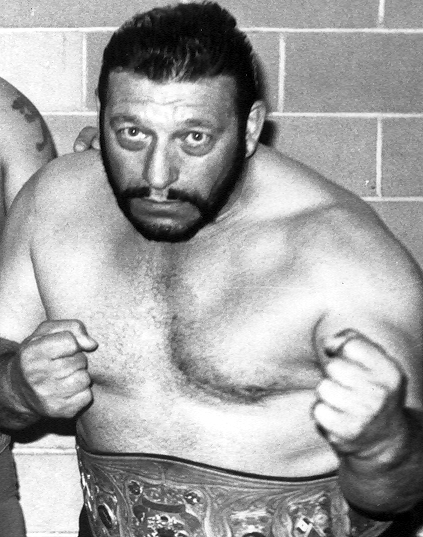 At a young age, Tomasso moved from Montreal to Hamilton and for a time ran a bar. Hamilton is one of Canada’s greatest wrestling towns, and it wasn’t long until the ring bug nipped Tomasso.

In 1952, he went west to Calgary and became a star. A true scrappy Italian, Tomasso was a master showman and a brilliant self-promoter. He got his nickname ‘Tweet Tweet’ for talking about his (imaginary) pet birds.

Tomasso retired in 1976 and did some promoting, sold real estate and used cars until his death in 1988.

“He was an indestructible little bastard.” — Stu Hart. 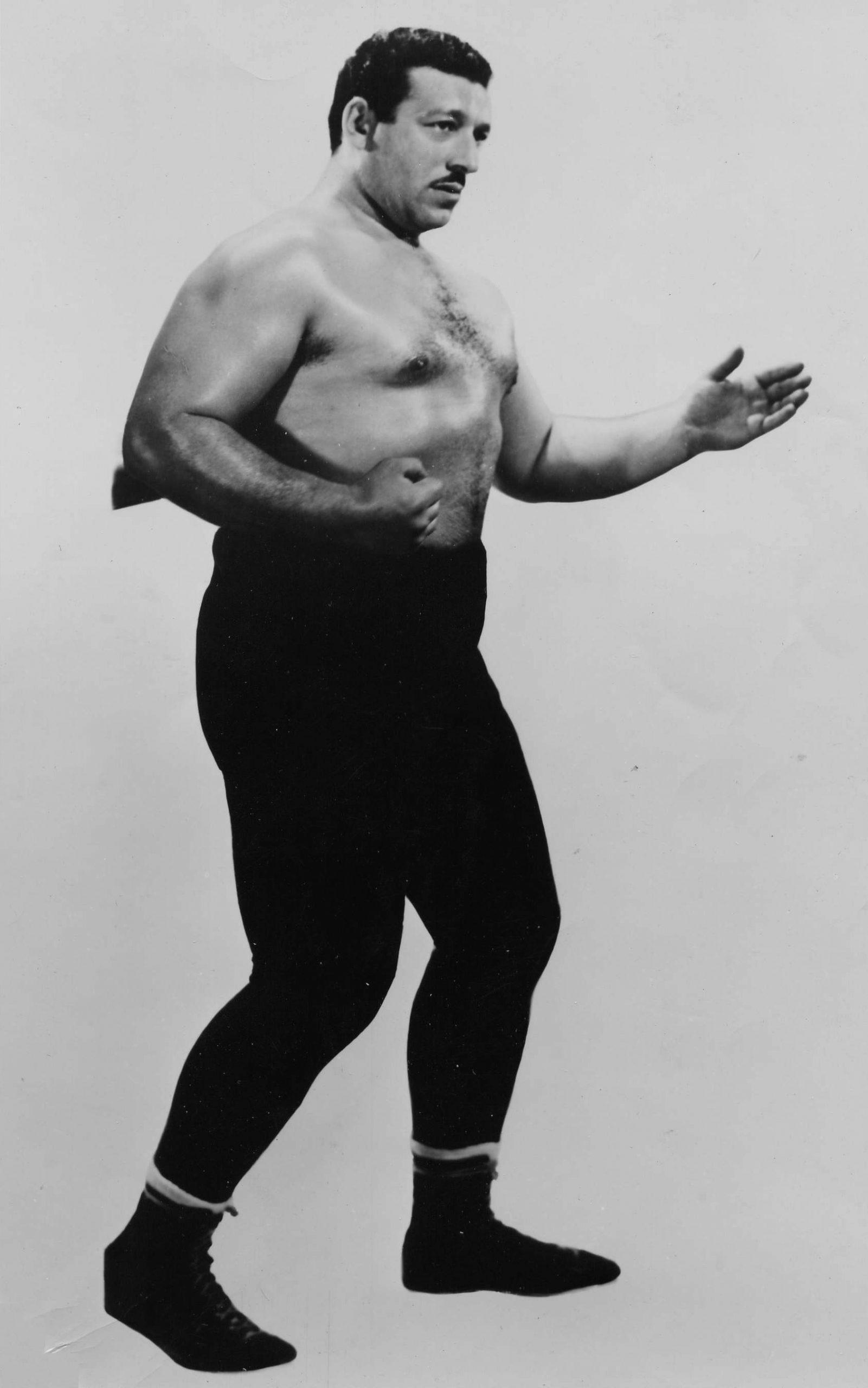 Ah Tiger. Tweet Tweet. He was one of Ed Whalen’s favorite boys. There was big Tor Kamata, ‘No chance you, Mr. Whalen’, and Joe Tomasso. They always had a little feud going with Ed. Ed had more fun with those two guys. Tweet Tomasso would get real upset with Ed. They always had a little running battle with each other. Joe was a kid that we broke in. He came out of Hamilton, Ontario. He wrestled with me here almost ’til he died. He had a sudden heart attack, and succumbed in bed.
Stu Hart from a Nov. 1997 interview with SLAM! Wrestling

Tiger Tomasso was my all-time favourite Stampede Wrestling villain. Though he was an undercard guy–too small to be taken seriously in the ring with John Quinn or Tor Kamata or Black Angus Campbell or Terry Funk (when he came to town)–he was so great in between-match interviews that they always had him on. He was the only wrestler I can think of who used a fake pirate accent. I watched him during 1970-1972 in Calgary. Ed Whalen–who looked just like Charles Nelson Reilly–was the TV announcer for the show (as well as a local sportscaster), and he was very critical of Tomasso’s tactics in the ring: After a match that Tiger won by cheating, Whalen would always confront him with his misdeeds; and Tiger would explain that “It was the birrrrds… the birrrrds told me to do it,” or “He insulted my birrrrds!” Whalen wouldn’t buy it, and eventually he would tell Tomasso that he was a dirty wrestler (more politely, though), and Tiger would do this little thing where he rose up on his toes with his hands outstretched like a strangler and go “arrrrr!” But Whalen would stand his ground and threaten Tomasso with his microphone, and Tiger would shrink back. Soon they had a feud going, which reached its peak when Whalen told Tomasso during an interview that he had found the bird Tomasso was always talking about–and pulled out a rubber chicken and shook it at him. Tiger was so enraged that he challenged Whalen to a grudge match, so Whalen went into training. It’s a good thing he did, too, because when he stepped into the ring against Tomasso a month later (wearing his horn-rimmed glassses and a ridiculous wrestling suit with sleeves) his body still had basically the same proportions as that rubber chicken. Anyways, he acquitted himself in the ring quite well, as did Tiger. Eventually, Tiger became so popular in Calgary that he moved from being a villain to being a kind of quasi-good guy. Stampede Wrestling was the best!
steven_gray

Tiger Tomasso was the main character that has kept me interested in wrestling all these years. I Remember going to see him live when I was very young. He was in a tag match and every time he went to jump into the middle of the fray the crowd would scream at the top of their lungs so he would pull his leg back out from in between the ropes. When he tried again, the crowd would scream again. This went on and on a few more times until he put his hand to his mouth and snickered and then pointed his finger out at the crowd and around the whole arena and had everyone laughing. This to me is entertainment. Thank you Mr. Tomasso.
D Kroeker

I will always remember attending a Stampede Wrestling card at the Victoria Pavilion in Calgary in the early seventies. A person sitting about three rows down from us had a large cardboard box on his lap during all the preliminary matches, we could not figure out what was in this box or why he had it. When “Tweet Tweet” Tomasso was introduced for the main event by ring announcer Henry Viney, the person opened up the box and about two dozen pigeons flew out. These pigeons were cooped up in this box for several hours and they just caused mayhem, they were flying around the sold out stands and dropping their “loads” all over everybody. I never laughed so hard in my life when my buddy got a real wet one all over the back of his head, this was when long hair was in style. I can’t remember much else about that night but I will never forget the night Tiger Tomasso brought out his birds.
Thanks, John Hutchings

Tiger Joe…….now there’s a guy you should have met. What a character! Check out the pic — Joe selling my headlock, Sugi Sito asking for the submission (replete with chef’s toque and flowery apron, we were BBQ’ing with Gil Hayes and Tor Kamata). Ah, those were the days….That’s sure a blast out of the past, I kept in touch with Joe’s widow for a few years but I assume ill health caught up with her and I just didn’t hear any more.
Bob Leonard