Antonation brothers bashed out of Winnipeg

Rossburn, Manitoba’s Antonation brothers bashed and beat people from the 1950s right into the early 1990s. All three were trained by Bobby Jones. The Antonation family itself had 20 children.

Lloyd Antonation, 5’10”, 218 pounds was the first into the squared circle. He made his pro debut in 1953 against Gus “Frenchy” Champagne at Winnipeg’s Crescent Club.

He was one of the top heels of his era, wrestling for around 20 years, frequently teamed with his brothers Orest & Bill. 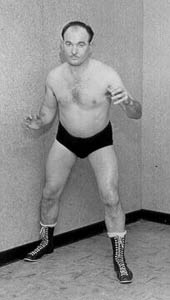 Orest Antonation made his pro debut in 1959 at Winnipeg’s Brooklands Club against Al Torres.

Much of his early career was spent around Winnipeg.

His career spanned 30 years, last appearing in 1991 for promoter Tony Condello. He held the Madison Middleweight Tag-Team twice from 1960-1965 and the All-Star Tag-Team title in 1968.

He was a regular preliminary wrestler for the AWA in the 1970’s.

Orest’s last appearance for a large promotion was in 1988 for the National Wrestling Alliance on a card in Brandon, MB where he teamed with Ron Ritchie to oppose the Sheepherders (Bushwhackers).

He ended his career with a lengthy feud against “Bulldog” Bob Brown all across central Canada. 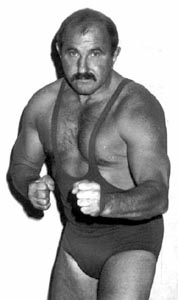