Scorpio to take flight in Japan 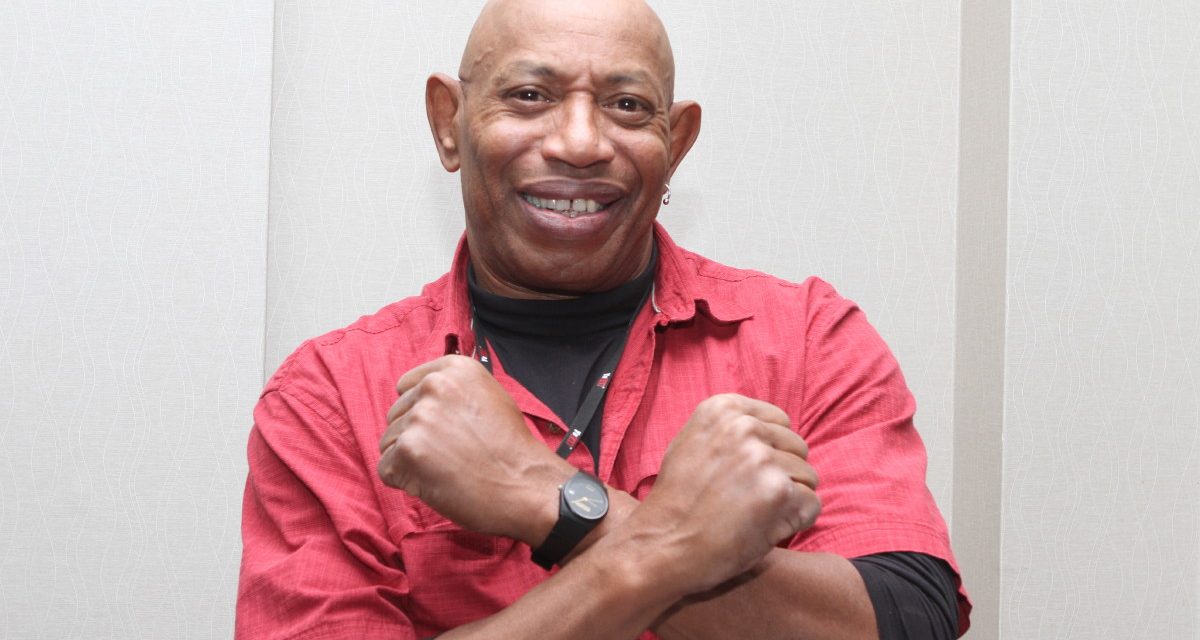 Pro Wrestling, above all else, is a business. Pro wrestlers, whether they ply their trade in the WWF and WCW, or the independents, try to make decent money so they can earn a living. With six children to support back home in Atlanta, Georgia, it’s a fact not lost on 2 Cold Scorpio.

Scorpio at the May CWA show. — Photo by Greg Oliver

“The bottom line is I’m interested in dollar bills and operation push,” Scorpio told SLAM! Wrestling last week prior to a CWA card in Toronto where he defeated Sabu in a ladder match.

Scorpio, real name Charles Skaggs, is competing on the independent circuits after being let go by the WWF earlier this year. Dealing with personal problems at home, Scorpio asked for some time off. It turned out that he received more time off than he originally wanted.

“They just let me go,” stated Scorpio. “Any time the pay cheques stop coming in, I consider that being let go.”

An accomplished aerial wrestler who gained his reputation in Mexico, Japan and Europe before moving on to WCW and then ECW, Scorpio never caught on during his two year stint in the WWF as Flash Funk. A dancing, pimp-like character, complete with zoot-suit and women on each arm, Scorpio floundered in midcard matches as Flash Funk, never receiving a push commensurate with his remarkable skills.

“I thought I should have been doing more. It’s always frustrating when you’re not getting the push you think you should,” said Scorpio.

Having a wealth of experience from his extensive tours of Mexico and Japan where he had legendary battles with the likes of Chris Benoit, Scorpio fused his training in American style of wrestling with the ballet-like movements of Mexican Lucha Libre and the stiff working style of Japanese Puroresu. Despite his advanced standing in the international wrestling community, Scorpio never had a chance to make a name for himself in the WWF.

“I always thought and still believe that I can work with just about anybody. (In the WWF), time and time over I put all these people over when I should have been going over.”

Despite the gimmick being less than a success, Scorpio enjoyed playing the character of Flash Funk.

“I thought it turned out very well,” said Scorpio. “I was coming out with the Fly Girls which was one of the hottest entrances in wrestling and it gave me a chance to wrestle.”

And what does Scorpio think of the Godfather, the WWF’s current pimp character?

“He does the role very well, you can’t take that away from him” admitted Scorpio. “But I consider myself the original pimp.”

Scorpio bears no grudge against the Godfather for succeeding with a gimmick that he failed at.

“He’s a guy who’s been there for a while who hadn’t got the push he deserved until now. I consider him a friend and I’m happy for him.”

No longer succumbing to the grind of the grueling WWF tour schedule, Scorpio is enjoying his stint on the independent scene.

“Being on the road for 310 days a year is hell on a guy like me with a family,” said Scorpio. “It’s always good to have a break now and then. Doing this (allows me) to see my family more often.”

Not one to let the grass grow under his feet, Scorpio is preparing for a tour in Japan this summer with the All Japan Pro Wrestling promotion. It’s been close to five years since Scorpio was a regular for the New Japan Pro Wrestling office and he’s looking forward to returning, this time to a new promotion.

“All Japan is one of the companies I haven’t worked for,” stated Scorpio. “I’m looking forward to the opportunity of going over there and showing them what I got. It’ll give me a chance to really cut loose, especially after being held down here by the WWF.”