WWF mat star Paul Wight – formerly known as The Giant in World Championship Wrestling – had to defend himself yesterday. Not in the ring as most fans are used to seeing him but in a Long Island, New York, court room against charges of assault. According to a WB11 News report, the charges stem from an incident which occurred last summer at the Marriot Hotel in Uniondale. 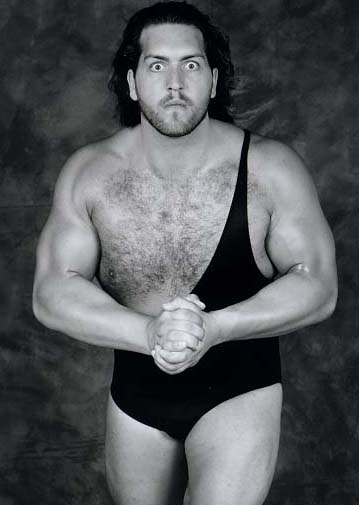 The plaintiff, Robert Sawyer, alleges that Wight broke his jaw during a heated dispute in the Marriott Hotel’s lobby. Testifying at the first day of the judge-only trial, Sawyer said that after a house show at the neighboring Coliseum, he and other fans followed a group of wrestlers back to the hotel located across the street. Questioned by prosecutor Michael Garren, Sawyer (who is 6’6 compared to Wight’s 7’2) admitted that he had been drinking at the house show and at the hotel before approaching Wight.

The entire incident was caught on the hotel’s security camera. The tape shows Sawyer talking to Wight at the front desk of the hotel. According to Wight, Sawyer was bad-mouthing him. In the footage, Wight listens briefly then turns his back to Sawyer. Sawyer walks out into the crowd filling the lobby. Wight follows him a short time later. Wight says he went out into the crowd to calm Sawyer down because he was yelling and causing a commotion. The two men confront each other. Wight claims Sawyer threatened him. Wight punches Sawyer and he falls to the floor.

“This guy (Sawyer) doesn’t back off. He’s within a foot and he’s shouting at him (Wight), you know, ‘Why don’t you take on a man like me?’ and we have a witness to that effect. He (Sawyer) pushes him (Wight) and goes after him,” Davis told WB11 News.

Wight told reporters outside the courtroom that fans should leave the make-believe world of pro-wrestling where it belongs…on television or in the arena.

“Oh, yeah. I’m a bad guy. You know, at least my mom loves me,” joked Wight in an interview with WB11 News reporter Frank Ucciardo.

The trial concludes today with the defence calling their witnesses.

Wight, a former WCW World Heavyweight and Tag Team Champion, recently joined the World Wrestling Federation as a member of Vince McMahon’s “Corporate Team”. Wight is to be the guest ref during the WrestleMania 15 main event of Steve Austin versus The Rock on March 28th.