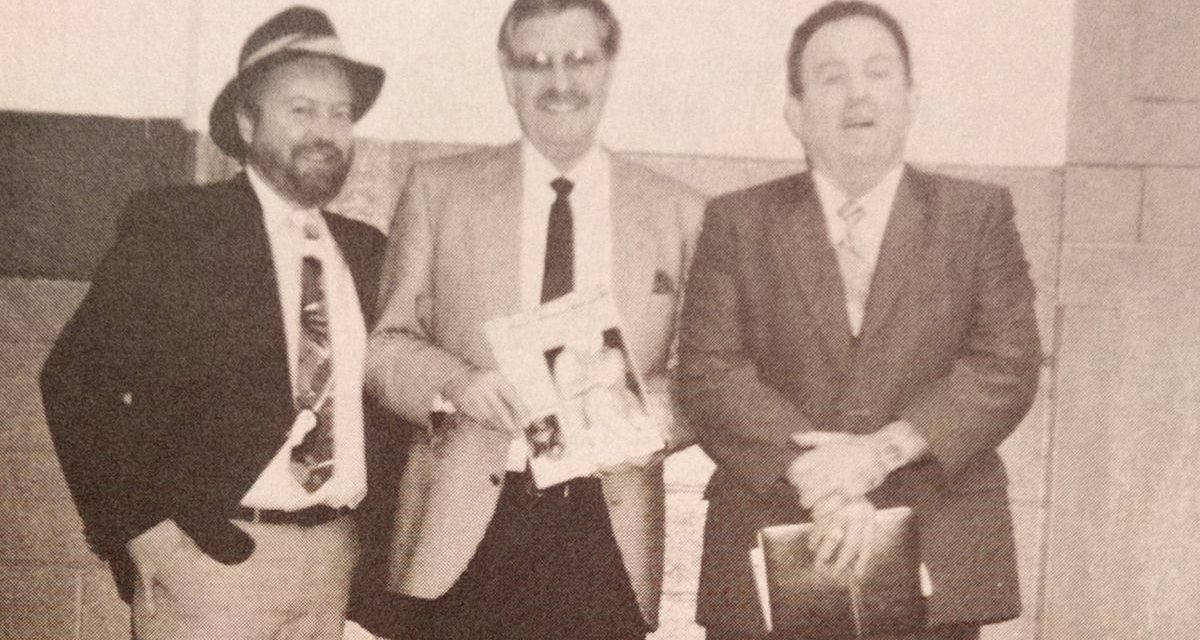 If you watched Stampede Wrestling in the 1980s, you’ll know Jim Davies as ‘the guy in the fedora’.

He was Ed McMahon to Ed Whalen‘s Johnny Carson, a sidekick on both the local Stampede TV show, and the longer TSN show.

Davies was approached by the Harts in the early ’80s about becoming a part of their show. 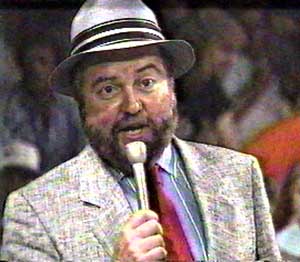 In a March 1998 talk with SLAM! Wrestling, Davies admitted that he “didn’t know too much about wrestling” when he started.

“It was the passion play of good versus evil that interested me.”

He’s quick to admit that at the beginning he was “terrible”, and “didn’t know what to say.”

As he learned the wrestling jargon and began to appreciate the action and athleticism, he grew into a solid co-host. He started donning the fedora to “add a little pizzazz” to his on-air persona.

Davies has “no regrets at all” from his time in wrestling. He says it was “a real fascinating experience.”

He has many great memories from his Stampede days, but one stood out for him.

As the Page 6 columnist for the Calgary Sun, Davies would often plug the wrestling shows, especially if any big names were coming to town.

Dr. Death David Shultz was such a name.

Davies wrote about Shultz’s appearance on 20/20 where he beat up reporter John Stossel, and jokingly wrote that he hoped that Ed Whalen would have to do the interview with him. That Friday night, Davies walked into the dressing room and was confronted by Shultz. Dr. D yelled and screamed and started bouncing Davies against the wall.

‘Are you making a name for yourself at my expense!?’, Davies recalled Shultz yelling. What Davies didn’t know was that Shultz and the WWF were being sued by Stossel for loss of hearing, and that he had been basically blackballed from wrestling in the U.S.

Eventually, the commotion brought in the other wrestlers, who pulled Shultz off Davies.

Of course, later that night Davies was scheduled to interview Shultz twice! Both went without incident, after the wrestlers explained to Shultz who Davies was.

Outside of wrestling, Davies has been a respected journalist for years.

He grew up in Regina, moved to Dawson Creek, B.C. at 16 and after high school went to the University of British Columbia. He graduated with a B.A. in Geography and English and started his Masters in Geography when the journalism bug bit.

After working at UBC’s student paper, he got a summer job at the Vancouver Sun. He worked there while back at school, but grew bored with grad school and quit. So he went to Carleton University in Ottawa to learn journalism.

After Carleton, he worked at the Ottawa Citizen, Toronto Star, Edmonton Journal, Calgary radio station CKXL and the Calgary Herald before being hired at the Calgary Sun as their Page 6 writer. He stayed at the Sun for 15 years, until taking a buyout package.

These days, he’s writing a novel (though not about wrestling) in Calgary, and planning a permanent move to Mexico.