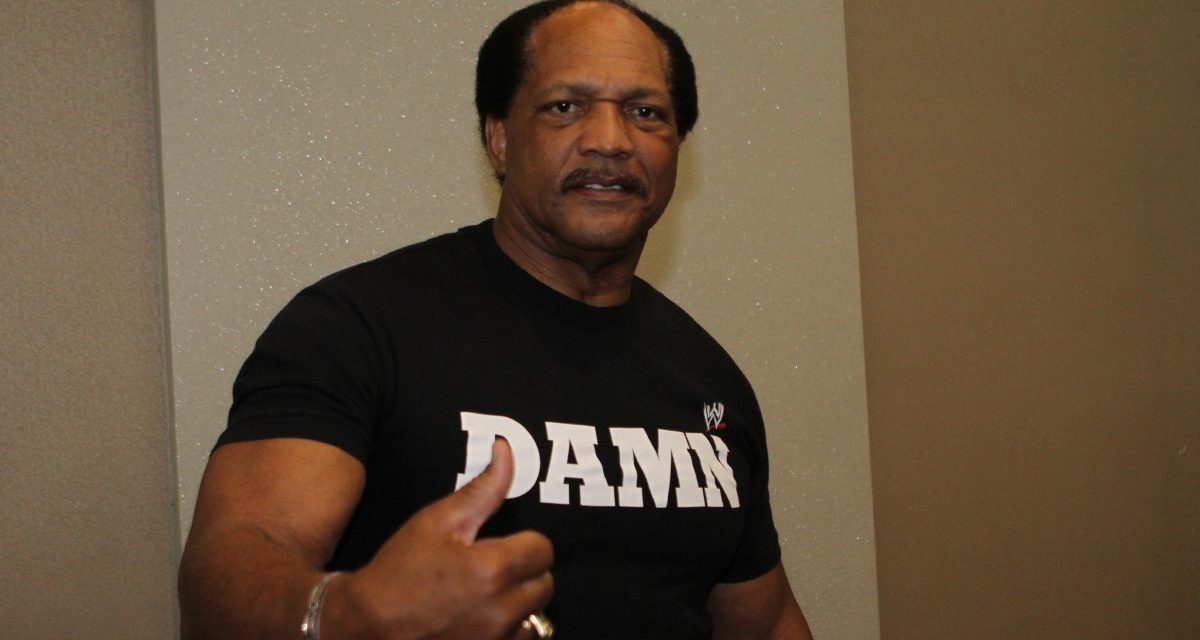 Melissa From Nova Scotia: Faarooq, I was just wondering why you hate Ahmed Johnson so much?

Faarooq: That’s a deep-rooted question. It has to do with heritage. He sold out. 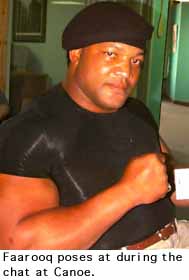 Lord Ullter: I was really surprised that you lost your match Sunday night,what went wrong?

Faarooq: I was surprised I lost to him! The reason I lost is because of dissension among the Nation. That’s why I fired them all.

Peter Ransom : What did you think of ECW while you were up there and also how it has grown over the last two years?

Faarooq: It was different. And by different, I mean they try hard, but it’s not the WWF, where the Big Boys play.

Big Baybee: For a long time we heard that the wrestling business was a racist one. Why would you agree to involve yourself in such a stereotypical angle that overshadows all of your great past achievements?

Faarooq: Well, what part of the world doesn’t have racism? When you find that place please let me know because I’d like to go there!

Peter: What’s your take on the Shawn Michaels/Bret Hart incident on Monday?

Faarooq: You mean the catfight? I think they should’ve had a Dog in it, like me, to show them what a fight is really like.

Steve: Do you know when Mark Henry is going to return?? Will he join the nation?

Chris in Ottawa: Faarooq, what’s your relationship like with the other wrestlers back stage?

Faarooq: The same as it is in the ring, except I don’t get paid to beat ’em up behind the scenes!

ken: WHO WOULD YOU WANT TO WRESTLE OUTSIDE OF THE WWF?

Faarooq: My ex-wife! (howls of laughter)

Chris in Ottawa: Faarooq, for what do you attribute the constant rating loss of RAW IS WAR to WCW Nitro? If RAW has the better product, why do most fans tune into Nitro?

Faarooq: It’s simple. Turner owns his own company. When you run wrestling a million times a week, you can’t lose!

Robert: Do you enjoy wrestling as a “bad guy”? Or would you prefer to wrestle as a “good guy’?

jt prez.: besides yourself, who is the best wrestler in the wwf?

Faarooq: If I had to break it up into three people, I’d say me, myself and I!

Stephen Dame: what is your opinion of the WWF working with, ECW, UFC, and possibly even the FMW from Japan

Faarooq: I don’t get into the business aspect of it. My job is to beat up people whether they’re black, Japanese, white or other!

Richard Millan NANAIMO B.C. CANADA: Did Wolfie D and the other guys get fired by you or did they just quit?

Faarooq: I fired them. I threw them to the wolves! Nobody quits The Nation!

Eric Hunter From Rialto, California: What is your opinion on Crush?

Faarooq: Very good athlete. Very good wrestler. It’s a shame I had to fire him.

Eric Hunter: Why Do you feel that Vince McMahon is holding the WWF title from you?

Faarooq: He’s afraid of me being in the front running for the title. He’s not holding the title from me! That’s left up to the wrestler to determine.

Carmelo T.: Hi, I was just wondering how you became interested in wrestling. I know your brother, John, is a bodybuilder, and I also know that you were a football player. Thanks.

Faarooq: Glad he keeps up with my family! I was actually recruited by a Japanese trainer 13 years ago after football and I haven’t turned back since.

jtprez: if Steve Austin wanted to wrestle you in a steel cage match, would you take him on?

Faarooq: And beat him! And that’s the bottom line!

birdman: How many new members will there be?

Faarooq: Right now, I have no number in mind, but much larger than before.

jtprez: at what age did you first break into wrestling?

billy: Will you get another shot at the WWF championship?

Faarooq: I’m sure of it.

Chris: How do you feel about the revoking about the Ottawa football franchise?

Faarooq: I was very upset. And I still want to know the reason behind it.

LISA: Y ARE U SO SEXY

Wildone: Will Rocky Maivia join the Nation?? We haven’t heard from him in a while?? A surprise entrance maybe??

canoereader: Faarooq, in the first few months of your WWF tenure, your workrate simply was outstanding. More recently, however, you seem to be struggling in the ring. You’re getting a lot of 3-move victories. Might this be the result of injuries that you’ve sustained during your WWF tour of duty?

Faarooq: No. It’s just that my opponents aren’t worthy. It doesn’t take long to beat them.

jtprez: what do you think about Bret Hart’s comments about the American wrestling fans?

Faarooq: Bret has his opinion. As I do. I even bashed him that time!

Greg Oliver: Two more questions and Faarooq has to run!!

Mike: Would you like to see Harlem Heat leave WCW and join WWF and the Nation?

Faarooq: That could be a possibility.

Herschel Walker: What do you think of Ahmed Johnson saving your butt from the Undertaker at the KOTR??

Faarooq: Ahmed interfered where he had no business. I didn’t his help! And how’s Wrightfield, Ga if you’re Herschel Walker??

Greg Oliver: Thanks from Moderator Greg Oliver and SLAM! Sports