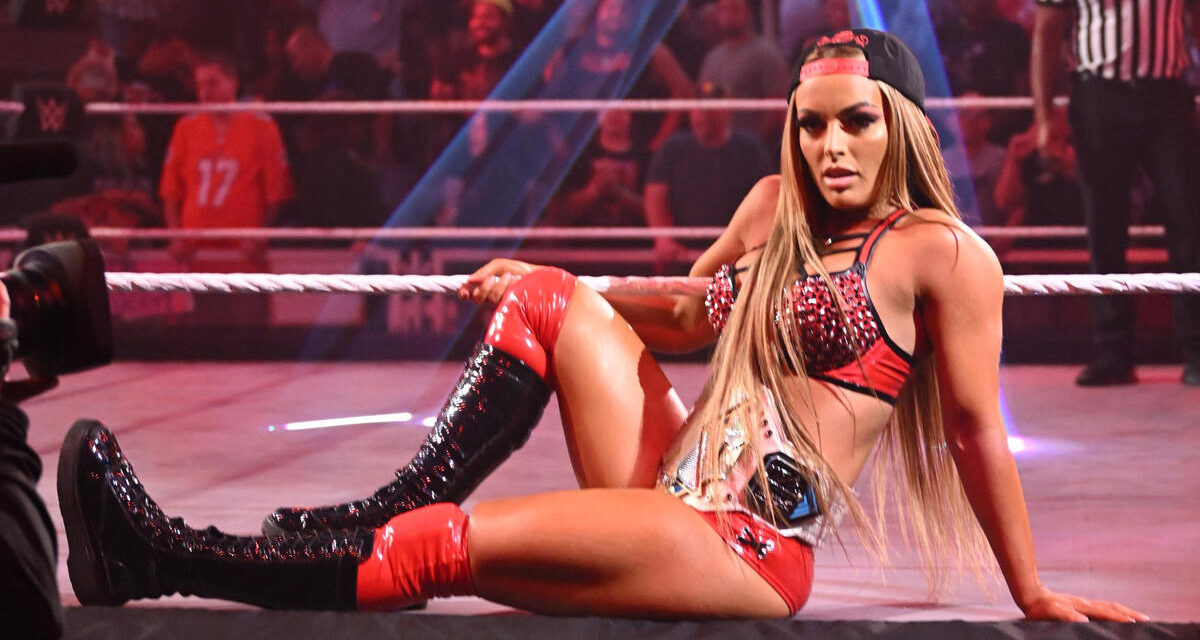 Mandy Rose is laughing all the way to the bank.

FanTime congratulated the former WWE superstar on hitting the one million dollar mark with her account.

Rose (Amanda Rose Saccomanno) was fired from the WWE last month after posting racy photos of herself on her FanTime account. In accordance with that, she lost the NXT Women’s Championship to Roxanne Perez.

Shortly after being dismissed Rose’s manager, Malki Kawa, boasted that she would be a millionaire by Christmas. Rose upped the subscription price to her FanTime account from $25 to $40 after leaving the WWE. Word is that Rose cannot compete for another wrestling promotion until some time in March.

On Instagram on Rose posted over the weekend: Wow … what a year it’s been honestly … the severe HIGHs and LOWs .. but I’m grateful and blessed for everyone that has been there for me and everything always happens for a reason! 🙏🏻❤️🍾 Thank you #2022 and excited for what’s to come in 2023 !!

In 2021, WWE enacted a new social media policy which bans talent from monetizing any of their social media accounts.

The company stated: “Much like Disney and Warner Bros., WWE creates, promotes and invests in its intellectual property, i.e. the stage names of performers like The Fiend Bray Wyatt, Roman Reigns, Big E and Braun Strowman. It is the control and exploitation of these characters that allows WWE to drive revenue, which in turn enables the company to compensate performers at the highest levels in the sports entertainment industry. Notwithstanding the contractual language, it is imperative for the success of our company to protect our greatest assets and establish partnerships with third parties on a companywide basis, rather than at the individual level, which as a result will provide more value for all involved.”

At the time of the announcement several stars across the industry slammed WWE’s policy. One was Zelina Vega who was fired for violating the company’s policy but is now back working for them on Smackdown.