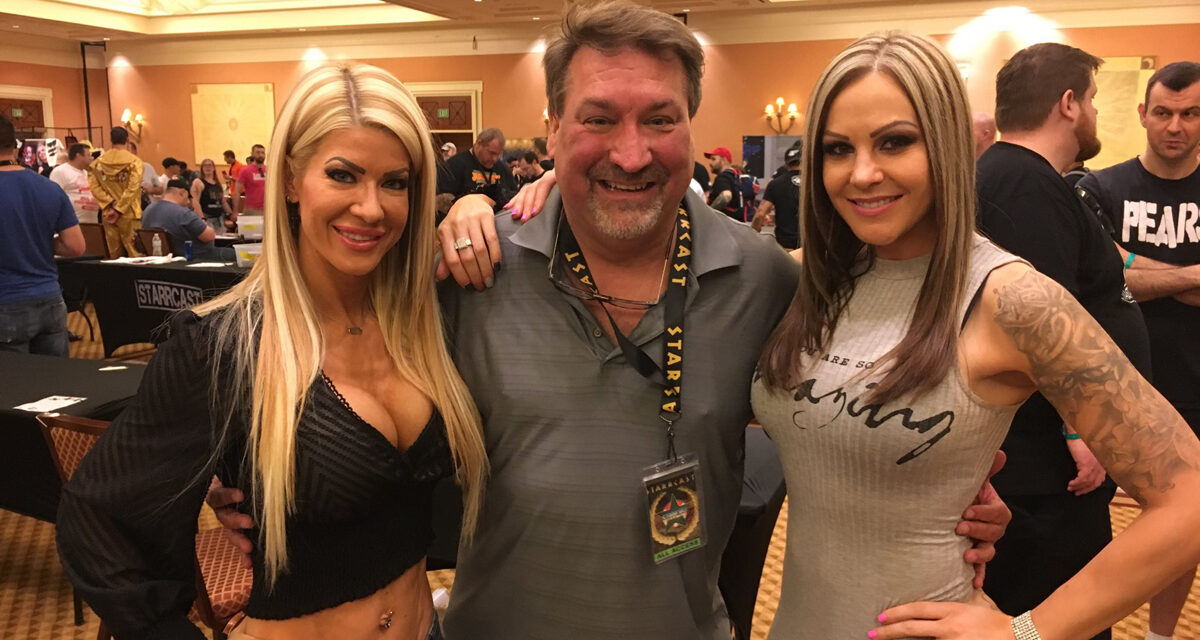 One of the voices of TNA and Impact Wrestling has died.

Don West has passed away after a lengthy battle with lymphoma. He was 59-years-old.

Legendary broadcaster and long-time on-air partner of West’s, Mike Tenay, made the announcement on Twitter.

Just heard from wife Terri that our brother @DonWestDeals will be spending New Years in heaven. Terri said D-Dub finally had to tap out from his match with lymphoma. We bonded as soon as we met, both as broadcast partners and friends. Years of great moments both on and off camera

West began his career as the host of a sports memorabilia show on the Shop at Home Network. From that small opportunity, West became a much-sought-after host and pitchman before embarking on a career in sports talk radio.

“My brother, Dale, was involved with this upcoming new shopping channel called Shop At Home,” continued West. “They had a sports show that they were trying to get off the ground and running. Dale knew my knowledge of sports and sports collectibles. Couple that with my robust personality, he thought I would be perfect for the job,” West told Slam Wrestling’s Ryan Nation in 2006.

“All of a sudden, Jeff Jarrett calls me out of nowhere,” recounted West. “He explained to me how they were starting this new company and wanted to meet with me. He and Vince (Russo) were good friends and Vince had showed him some of my stuff.”

West worked at the promotion as their color commentator for 10 years not only calling some of the greatest matches and moments for the promotion but also lending his voice to video games, YouTube and other projects.

“Don was far and away the best salesman I’d every seen,” Russo told SLAM! Wrestling. “If he could sell José Cardenal baseball cards at three o’clock in the morning, then he could definitely sell wrestling!”

Jerry Jarrett praised West for his energy and interest.

“I think he is the best. In the beginning, some fans thought Don was a bit over the top. Don would read the comments on the Internet that concerned him and get a bit down. We discussed the comments, and I advised that the reason for the comments were that the fans had not yet learned that Don was being himself and his energy and excitement was real. I suggested that when the fans realized that Don was not acting, they would appreciate him. I’m delighted that my forecast has turned out to be accurate. Don has become as important to the TNA show as any talent on the show. I think Don is a superstar.”

West recognized that he needed to adapt and evolve to bring his particular skill set to a pro wrestling broadcast.

“Honestly, I took as much criticism as an announcer can take starting off,” recalled West. “That’s just part of being in showbiz. I worked hard to improve, and I do take it seriously. If someone asks me what my main job is, TNA or the radio show for WNSR?, I’ve got to be honest and say it’s TNA Wrestling. I’m in this for the long haul. I hope to be here all through our successes because it is so fun. To reiterate, I would love to be remembered as someone who worked hard, constantly improved, tried to listen to constructive criticism, and did whatever it took to get better while still being me.”

West hosted the Sports Reporters show on SportsRadio 560 WNSR AM in Nashville, Tennessee, later returning to Impact in 2017.

Fans and wrestling personalities alike posted their tributes to him illustrating how much of an influence and impact on not only on the industry but on generations of fans and wrestlers too.

So sorry, Mike. God Bless you and your family.

The energy you guys sent through my television left pretty impactful memories. Sending my condolences 💐

I am so sorry to hear this. Don was such a breath of fresh air to the booth. Truly underrated and did so much for the TNA brand. Seemed like a great guy, too. Thinking of the whole wrestling community today.

Absolutely gutted to hear he lost his battle but what an incredible man.

Thank you for entertaining us for so many years.#DonWest

The NWA is saddened to hear of the passing of legendary wrestling broadcaster Don West. Our thoughts and prayers are with him, his family and the wrestling community. pic.twitter.com/MZsrxCD3yr

RIP Don West. Truly devastating news. A great friend and someone who had one of the most infectious personalities I’ve ever known. A true joy to be around all of the time. I cherish the laughs, conversations and fun times we had together. Godspeed my friend. 😢

The voice of TNA/@IMPACTWRESTLING passed away today.

So many iconic moments & calls forever burned into my memory in his voice. I never met the man, but he’s loved by everyone I’ve met that knew him. He made a mark & will never be forgotten.

Saddened to learn about the passing of Don West. Had great experiences every time I interacted with him. Don was one of the good guys, who was overflowing with passion & enthusiasm. My condolences go out to his family.

Love this clip of Don expressing his passion for the biz. pic.twitter.com/m8XGZbGDnS

Broken-hearted to hear about the passing of Don West…. Heaven gained the greatest salesman. Prayers to his family. #RIP #oneofakind 💔🙏🏻 pic.twitter.com/0G5hhqgtJr

Don West was a huge voice in my childhood man.

Don West was a force of nature. He threw his whole being into everything he did. We've been able to talk on the phone with D-Dub a few times in recent months, and even as he was battling devastating illness, that personality shone through. God speed DW. RIP. pic.twitter.com/LE3WAtLyPr

RIP Don West. An incredibly fun, thoughtful and caring man. So many great memories. You will be missed my friend.

The evolution of Don West