Matt Riddle accused of being a serial abuser 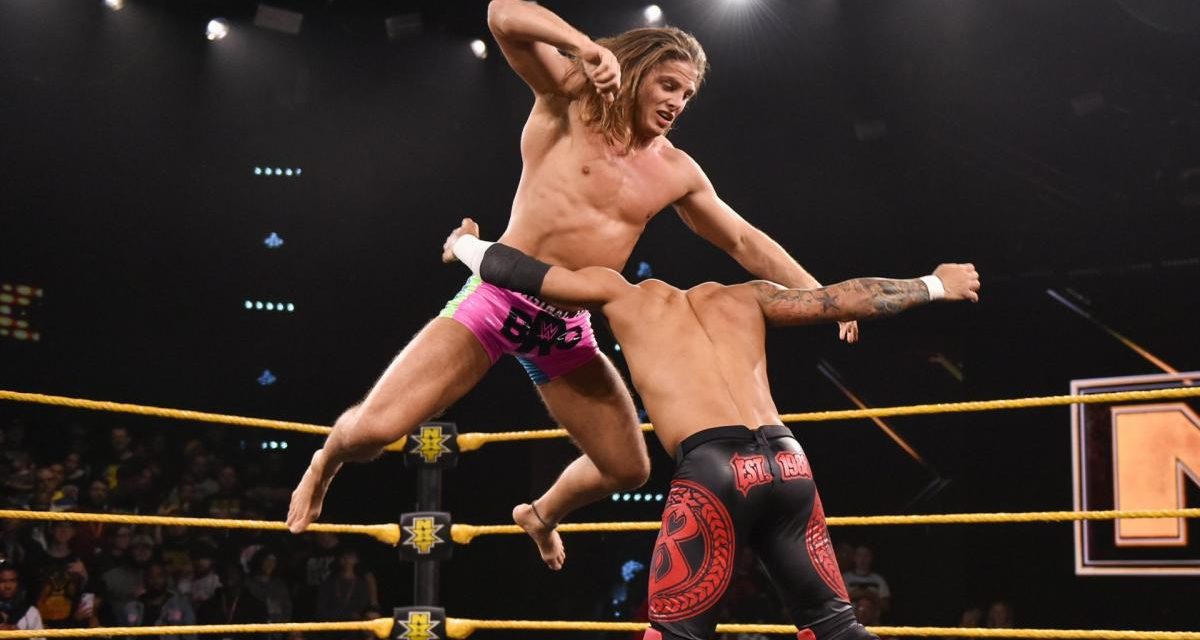 A number of women are coming forth claiming that Matt Riddle abused them while they were dating him.

A woman claiming to be a former girlfriend of Riddle’s has accused him of abuse during their relationship. Daniela Petrow posted a video on Twitter.

Petrow then detailed what she believes is Riddle’s supposed trail of abuse.

The OnlyFans model posted a video earlier this year making the same claims about Riddle.

Ivy Malibu also posted a very emotional video in response but wouldn’t confirm who she was speaking about.

“A certain person has chosen to make decisions that have hurt me and countless other people…Sometimes people are not good people and that is okay. I wish this person nothing but the best, healing and happiness in their heart because apparently me and other people couldn’t provide that for them so they had to take away our happiness,” she said.

These deserve to be here and my feelings are valid. My experience is valid pic.twitter.com/w957UL7WG0

I’ll say this once. I want to be left alone regarding this situation. I have confirmed absolutely nothing and won’t. Please stop assuming things and wanting to speak on my experience which most of you have no context for or understanding of.

“Try to imagine for one second, the man you’ve spent the last 6 months with, who said “I love you” for the first time 2 months ago, is all of a sudden making out with someone else WHO IS IN YOUR INDUSTRY,” she wrote.

Does it make you feel better about yourself to kick people when they’re down?

Try to imagine for one second, the man you’ve spent the last 6 months with, who said “I love you” for the first time 2 months ago, is all of a sudden making out with someone else WHO IS IN YOUR (1/2) https://t.co/sd2RGAbH2s

Maxx went on to accuse Riddle of having a drug problem.

“Adding this here since it seems many of you are overlooking it: I’m not mad that he’s in rehab. He told me that he quit drugs, and then to find out he’s a) with another girl b) doing those drugs with her and c) failing drug tests so he has to go to rehab for it is disappointing,” she wrote.

She then revealed she wants nothing to do with Riddle going forward but wishes him the best for the future.

“I do hope that he takes rehab seriously and gets the help he so desperately needs so that he can be the best version of who he is for his future partners, his kids, and himself,” she said.

Maxx also followed up with this response:

Good he has it coming

In October of last year, Matt Riddle tweeted: “I love my life so much bro!!! I’m in California tagging with my best bro Randy and trust me it doesn’t get any better then this dude.”

She wrote back and deleted: “You would say that now that you packed up and moved to Orlando away from your children.” Lisa and Matt have three children together.

Back in 2020, indie wrestler Candy Cartwright (Samantha Tavel) accused Riddle of threats and sexual assault. Cartwright later dropped her suit against him. On his side of things, Riddle didn’t deny cheating on his wife with Cartwright but claimed she has been stalking him ever since he moved on.

Matt Riddle has currently been written off WWE television and is reportedly in rehab after failing two recent drug tests.