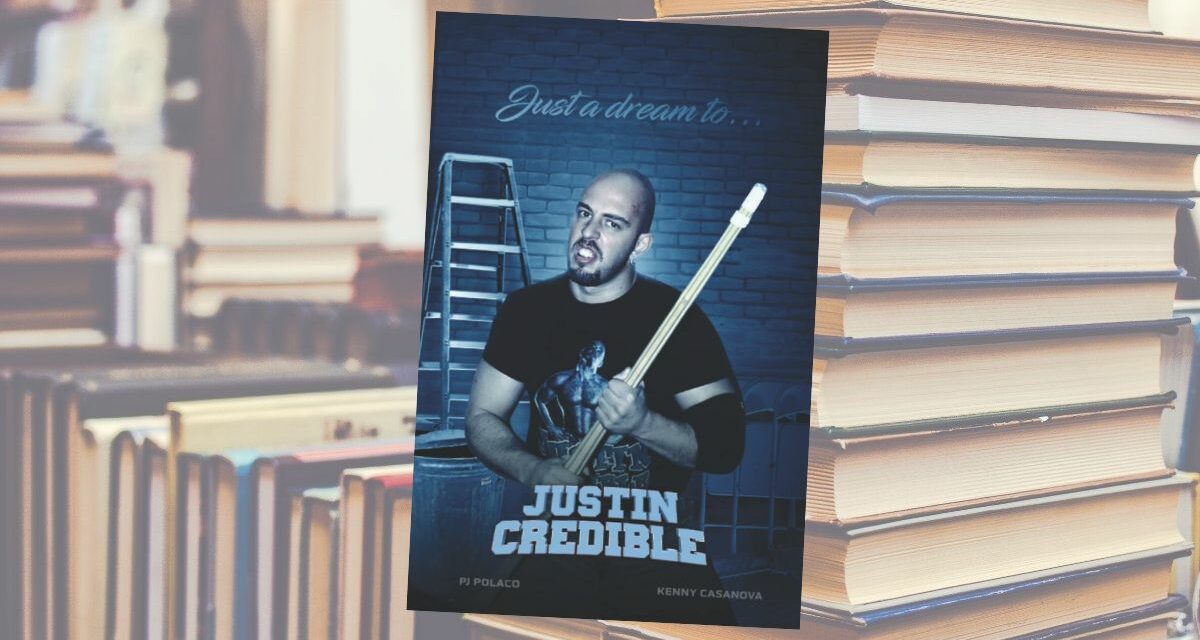 Time was, if you were a professional wrestling fan with a desire to read about your heroes, your options were limited.

In the days before the internet fans mostly relied on magazines like Bill Apter’s newsstand collection (Pro Wrestling Illustrated, Wrestling Review) which adhered to kayfabe; or if you were a hardcore fan you sought out newsletters and fan clubs by mail, which offered glimpses behind the scenes.

This all changed in the late 1990s, as those newsletters made their way online and within reach of a search engine (and maybe a paywall). The big companies followed suit, creating a demand for more wrestling content that blurred the line between fact and fiction. Fans’ ravenous demand for this sort of thing sparked a realization that as much as fans were drawn to read about wrestling in new media, maybe there was a bigger, untapped market in older media as well.

To be sure, there had been plenty of wrestling books, including a number of autobiographies by retired wrestlers, but most of them were ghostwritten, and in large part were relayed in character — out of step with a market that was fully clued into the fact that pro wrestling is a show, but one with real consequences for it’s performers.

Nonetheless, in 2000 Mick Foley redefined the wrestling autobiography with his first book Have a Nice Day: A Tale of Blood and Sweatsocks. Written without benefit of a ghostwriter, in longhand at first, Foley set the tone for most wrestlers’ books to follow. He is self-deprecating, honest and opinionated without being cruel. His talent as a storyteller — long established in the promos he cut and the operatically violent matches he wrestled, came through in his prose, enough so that he went on to write another three memoirs, two novels and a wad of children’s books (I’ve read all but the latter).

Foley’s book was an unanticipated success, and it spawned an industry, with predictably mixed results. At one point the WWF/WWE grew a publishing arm to meet fans’ demand, publishing books by and about stars as varied as the Hardy Boyz, Rey Mysterio, Eddie Guerrero, Daniel Bryan, Shawn Michaels, Ric Flair and Hulk Hogan. Even non-wrestlers like Eric Bischoff, Jim Ross and Jerry Lawler (best known in WWE as a commentator) got into the act. Most of these books were fine, but with few exceptions (William Regal’s Walking a Golden Mile stands out) readers could readily tell where they presented sanitized versions of events, or shied away from controversy in favour of toeing the company line.

More interesting were books published outside of WWE’s imprint: Lou Thesz, Terry Funk and others uneasily shed kayfabe and offered their less-varnished opinions of matches, opponents and the state of the business-including a WWE juggernaut that alternately put most of them out of business or kept them afloat. Bret Hart’s Hitman: My Real Life in the Cartoon World of Wrestling may be one of the best examples. It is excellent, even as Bret comes across as a little bit sad and a fair bit bitter about how his in-ring career ended. It may not be the way fans want to think about him, but it’s raw and honest and his voice comes across clearly. Bob Backlund’s more recent effort Backlund: From All-American Boy to Professional Wrestling’s World Champion also does a great job of capturing its author’s quirky personality, and comes free of corporate interference. Ditto for Chris Jericho, who’s authorial output rivals Foley’s.

All of which is great and completely unrelated to PJ Polaco, the subject of this review. I bring them up because these books by main event pro wrestlers heightened exposure to lesser-pushed talents, whose perspectives may have been different from the limousine-riding, jet-flying set, but are no less valid and bring much needed context to the wrestling world. 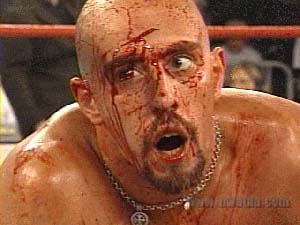 In recent years wrestlers as varied as Al Snow, the Grappler Len Denton, Bill Watts, Al Snow, Dusty and Dustin Rhodes, Vader, Brutus Beefcake and B. Brian Blair have all added their work to the list — all often working with a small cadre of wrestling writers including Vance Nevada, Keith Elliot Greenberg, Scott Teal, SlamWrestling’s own Greg Oliver and Mr. Polacco’s co-author Kenny Casanova (more about this shortly). For my money, the best of these books, written by wrestlers who were fortunate enough to be present for watershed moments in the sport’s history, if not the focus of said events, is Bob Holly’s The Hardcore Truth: The Bob Holly Story. Seriously, it’s worth going out of your way to read.

The publishing houses for these efforts and their accessibility vary in size considerably, and internet-fueled self-publishing options as well as the ability to publish electronically directly to Amazon have created a ‘wild west’ of wrestling books — enough that any wrestler who’s stared at the lights on an episode of WCW Thunder or appeared as security behind Todd Pettingill can claim authorship. That said, many of these books are fun reads; sometimes there’s value in hearing from the people who were in the room if not the stars of the show. Whether the wrestler or his ghostwriter has the chops to put those stories on paper in an engaging manner is a different question.

Which brings me to Just a Dream to Justin Credible.

Since you’ve been patient with me as I’ve tried to map out the range of wrestling autobiographies, I won’t make you wait any further. I enjoyed this book. Forget the subject matter, Mr. Polaco and Mr. Casanova know how to tell a story and employ a quick-moving, conversational style. It’s a quick, fun read. While it does not leave any profound life lessons, throughout the book I got the feeling that I was chatting with a friend.

It’s an inviting book partly because the authors do a great job of capturing Mr. Polaco’s actual voice, and partly because Mr, Polaco himself makes it clear throughout that he is a fan first, who through hard work and admitted use of illicit substances, was able to become part of the strange world of pro wrestling. It’s a different perspective, and one that makes him relatable as he relays his love of TV wrestling as a kid; the backyard extreme promotion he made up with his friends (which is very funny), his early training with the Harts (kinda) in Calgary — which featured a couple of fun cameos by other future stars — and later in the US with Paul Roma, and his journey to the WWE midcard and later ECW.

Throughout Just a Dream to Justin Credible Mr. Polaco brings us along for the ride, much the same way he learned early about riding with veterans like Scott Hall and Shawn Michaels. He describes his growth as a wrestler in the ring; the lessons he picked up about an unscrupulous business, and the grip that drugs would take on his life.

A good part of the book is taken up by his membership in the “Kliq” — a group of popular WWF wrestlers like Michaels, Hall, Sean Waltman, Kevin Nash and Triple H who would come to wield considerable influence over that promotion, and eventually WCW too. Polaco doesn’t shy away from the addictions that controlled the group, including himself. He also offers hot takes on WWE and ECW personnel and most of the people he meets along the way, from Downtown Bruno and the Brooklyn Brawler to Dan “Waylon Mercy” Spivey. Let’s just say they won’t be dining together at the Breakfast Station.

I found one of the more interesting parts of the book to be almost a throwaway. The Kliq and its associates are most associated with the main event, but it also included people like Polaco and the late Louie Spicolli — a lifelong enhancement talent who was brought into part of the act as Hall’s lackey in the nWo, but who never truly benefitted from his association since he died at the height of the Monday Night War in 1998, from a drug overdose. Mr. Polaco doesn’t dwell on Spicolli, and why would he? It’s a common theme in wrestling books that the show must go on.

Comparing Just a Dream to Justin Credible to the range of wrestler autobiographies out there, it reminds me most of the aforementioned Bob Holly story. Same conversational style (different co-authors), similar perspectives in that both men were in some pretty impressive rooms but removed enough in terms of their respective places in the pecking order that they could form opinions without being beholden to bigger names. Both books feel unflinchingly honest, if not completely factually accurate (this is still pro wrestling). I trust that Mr. Polaco is telling us how he remembers events unfolding. Whether his recollection is correct may be a different matter — in which case Mr. Casanova seems to have done his due diligence as well.

Mr. Polaco’s book differs from Mr. Holly’s in one interesting respect. Throughout Holly’s book I felt that Holly bore a grudging acceptance of his role in wrestling history. He felt that he could and should have had a title run following his comeback from a broken neck against Brock Lesnar, but instead was beaten in short order. Mr. Polaco actually has an ECW World Heavyweight championship reign to his credit, which may mean little where belts are seen purely as props, but which I still think resonates among talent no matter how jaded. Like I said, Mr. Polaco was a fan before he became a wrestler, so no matter how well he understood that he was lucky to lose to Mantaur, it had to be a cool thing for him and for us as readers.

If I’m going to be critical, I’ll raise two collateral points: the afterword to the book is written by Tommy Dreamer. Mr. Dreamer spends much of the book lamenting that but for his addiction, Mr. Polaco would have had a greater run. This may be true, but Dreamer name-checks Shawn Michaels and Ric Flair when talking about what could have been. No offence, but this feels unnecessarily hyperbolic — Michaels and Flair had their own demons, and between booking and talent both are considered all-time greats. I respect Mr. Dreamer wanting to put the author over, but it does feel like a bit much. Second, Kenny Casanova does a great job of relaying Mr. Polaco’s words on paper (something he has also done for Brutus Beefcake, Dangerous Danny Davis (!), Kamala (!!), Sabu (!!!) Tito Santana, and Vader, in his own voice, but he’s also conspicuous using the title “ghostwriter”. I’ve never seen that before and it takes me out of Mr. Polaco’s story ever so slightly. As I understand it, a ghostwriter is supposed to be a silent partner. I mentioned Keith Elliot Greenberg before: he co-wrote Ric Flair and Fred Blassie’s books, among others, but until I came across that fact doing research for him more recent book Follow the Buzzards about pro wrestling during the COVID-19 pandemic, I wouldn’t have known that. For a genre that exists because of the death of kayfabe, it feels like Mr. Casanova is whistling by its grave.

Just a Dream to Justin Credible is no Have a Nice Day or Hitman or Backlund, and given Mr. Polaco’s career, it would be dishonest to claim otherwise. It is a very good, relatable story about a guy who made it into some very interesting rooms in his career, and who lived the dream of most wrestling fans. PJ Polaco is no Shawn Michaels or Ric Flair. He doesn’t have to be, Reading this book you’re just glad he had the career that he did… and even happier that he survives.

Jonathan Schwartz is a lawyer, policy analyst and lifelong pro wrestling fan from Toronto. He is currently teaching his children how to procure the cross face chicken wing. You can email him at wrestlers.court.js@gmail.com