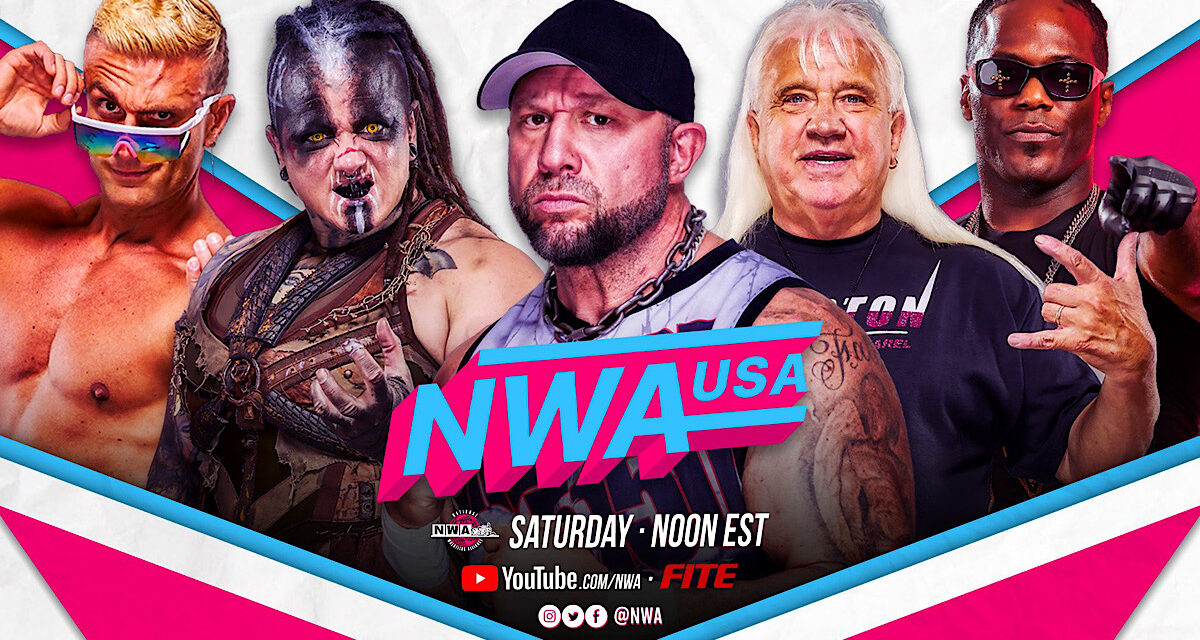 Due to unforeseen circumstances, this is an abridged recap of the latest NWA USA episode.  Below are the results of the matches and segments that took place at the Skyway Studios in Nashville, TN.  The main focus of the show was that Tyrus relinquished his NWA Television title so he could cash it in for a shot at the Ten Pounds of Gold at the Hard Times 3 pay-per-view.  So the following matches are to see who will move on to be in the NWA Television title picture.

Mercurio and “Magic” Jake Dumas with CJ are at The Podium, and the Magic Bastard suggests a pairing of magic and romance.  Then The Fixers and Matt Vine interrupt, and Dumas pulls a magic trick to make Vine sound like Bradley, which makes Legursky’s brain break.

May Valentine asks Odinson about math with Flip Gordon on the next NWA POWERRR. He promises violence to please Odin. By his deeds will he be honored.  Hail Odin.

On the Stanley’s Drill segment, Bully Ray is not playing along with Jamie Stanley’s questions.  Stanley wants to be his tag team partner, and Ray claps his back and says, “great idea.”

Kyle Davis announces next week a sit-down interview with Joe Galli and NWA Champ Trevor Murdoch, along with a preview of matchups for this upcoming NWA POWERRR

Valentine is now with Rolando Freeman, and after beating Matt Cardona he claims he should have a title shot, and calls out the champ wanting to get the Ten Pounds of Gold.

Now Valentine talks with all of La Rebelion, and MechaWolf promises they will be champions for a long time.