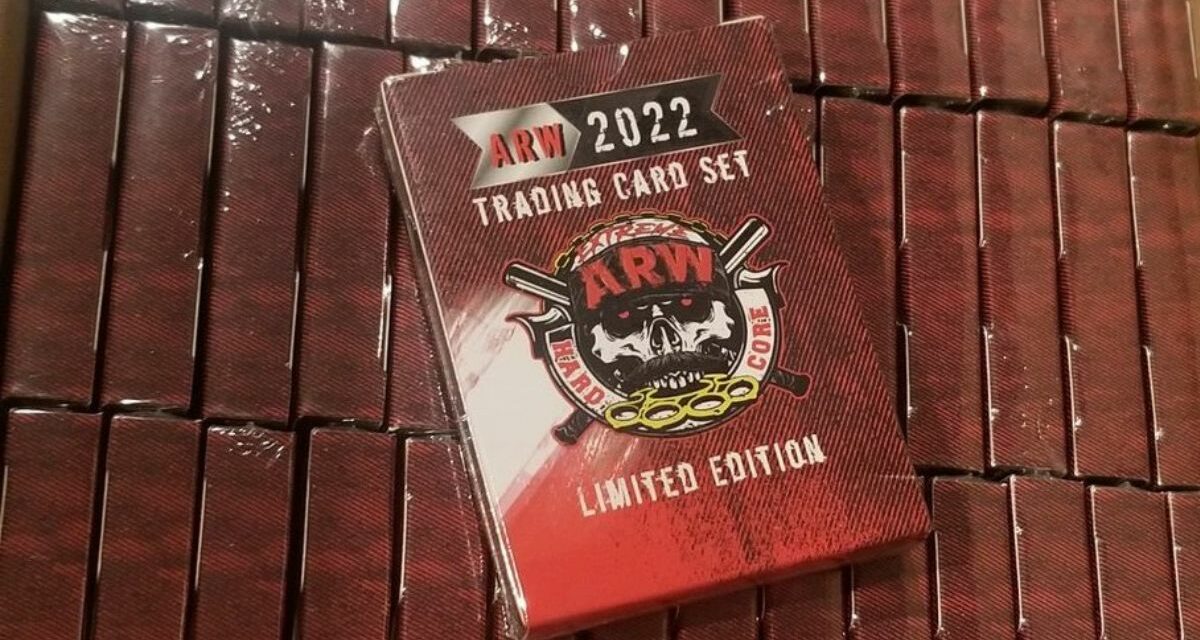 How does one choose to purchase a box or set of wrestling cards? Are you loyal to a specific wrestling company, like WWE or AEW? Do you have a favorite brand, like Topps, Upper Deck, or Panini? Do you collect a specific wrestler? Do you purchase with investment in mind? There’s no wrong way to purchase and collect wresting cards, when you do it to have fun and purchase what you can afford.

I’ll admit that before I pre-ordered a set of ARW’s new wrestling cards, I wasn’t familiar with the company, but that didn’t stop me from ordering a box, once I saw what the cards looked like. For starters, each box of ARW wrestling cards comes with a full set of 35 cards. Each box is currently available for $30, while supplies last, or you can buy two boxes for $55. According to ARWMerch.com, only 200 factory sets of ARW cards were created, and there was a print run of 250 copies of each card, and these sets will not be reprinted, so potential scarcity is another factor to consider in the collectiblity of trading cards. Now, this particular arrangement of limited print runs of full sets of wrestling cards aren’t uncommon with independent wrestling cards. It’s what GCW does for its card sets. But what I think sets the ARW set apart from other indy wrestling sets is the design of the cards. 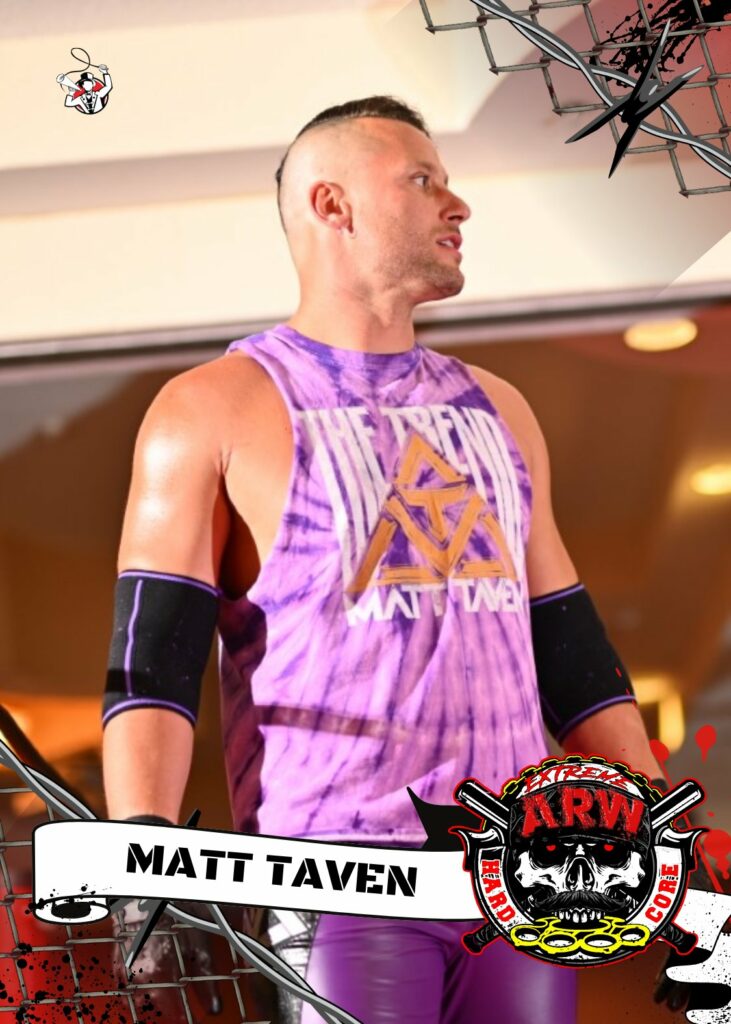 The new ARW wrestling cards features borderless, full-bleed images, placing an emphasis on wrestling photography in a way that no other indy wrestling card set has done before. Really, the only trading card set that comes to mind that does something similar is Topps Stadium Club, which has never produced a wrestling card set. So, first and foremost, the photographs of the wrestlers on these cards is what truly sells this set. Other than that, the front design is simple but striking, with a white banner across the bottom of the card, featuring each wrestler’s name, with the ARW logo in the right bottom corner of the card. In the lower left and upper right corners of each card, there is a barbwire graphic, emphasizing the “hardcore” element of ARW, but it’s unobtrusive and doesn’t interfere with the photography. Another design choice I like is that each photograph is posed, rather than an action shot, so the images are big and bold, so even if you don’t know who all of the wrestlers are in the set, you will have a pretty clear sense of their identity after seeing their name and face highlighted on the front of their card. 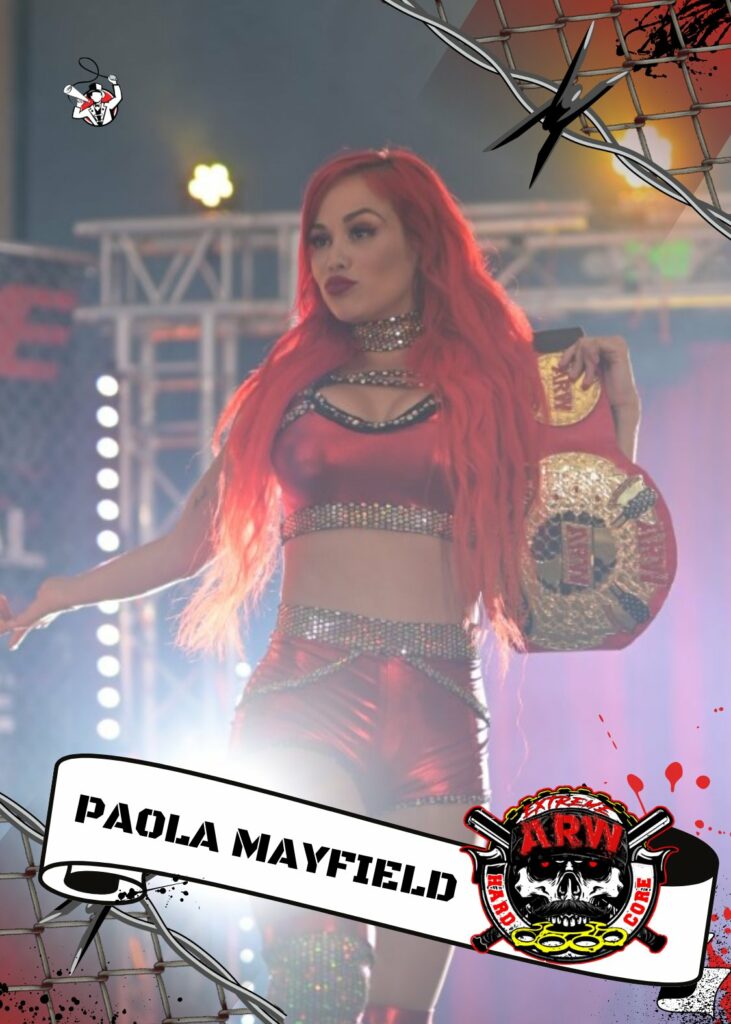 Another endearing factor in this set is the descriptions on the back of each card. There’s a personal touch to the descriptions that is uncommon in most trading card sets, so you really feel like the person writing the description knows and likes each person on the card. Each card also gives credit to the photographer responsible for each image, which is a feature I will always endorse. For the ARW set, photo credits are given to Tusslemania (@tussle_mania) and Queen Shauna (@_Queen_Shauna_), who are even featured on their own bonus card/checklist. But the photographers aren’t the only members of the ARW crew featured in the set. The first card in the set is Ryzin (@HAILRyzin), described on his card as the “Reverend of Sin” and former ARW heavyweight champion, who is credited for designing this set of cards. Also featured in this set is Pete Lynch (@promopete), who is credited on his card as a ring announcer and commentator, as well as the co-creator of this set of cards. Lynch’s active Twitter presence and his frequent promotion of this card set was how I learned of it in the first place, and ultimately why I chose to buy a set. 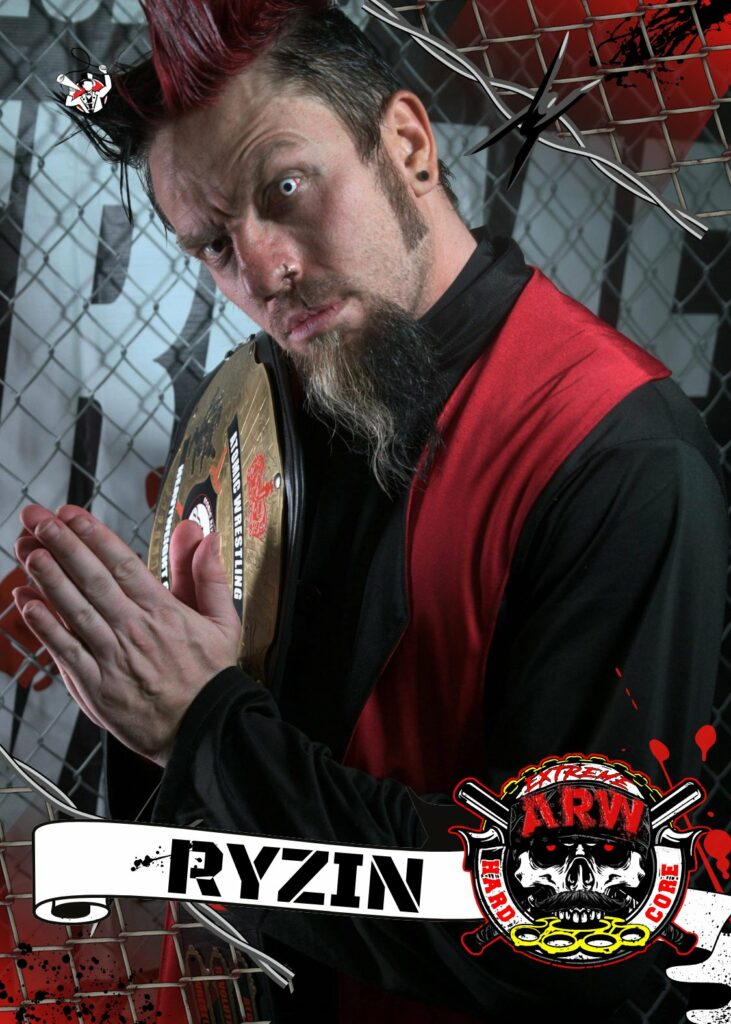 Of course, I don’t want to ignore the wrestling talent featured in ARW’s set of wrestling cards. As I stated earlier, I wasn’t previously familiar with ARW or many of the names featured in this set, but I did see some familiar faces. This set includes cards of veterans Vincent, Matt Taven, Wes Brisco, Madman Fulton, Colby Corino, and El Ridiculoso, but one of my favorite parts of collecting independent wrestling cards is getting cards of the next generation of wrestlers. For example, it’s pretty cool to now have a card of Teal Piper, the daughter of Roddy Piper, and I’m definitely interested in learning more about The Cheese, who’s pun-filled card describes him as the “Gorgonzola of rock and rolla who is also a really Gouda wrestler.” 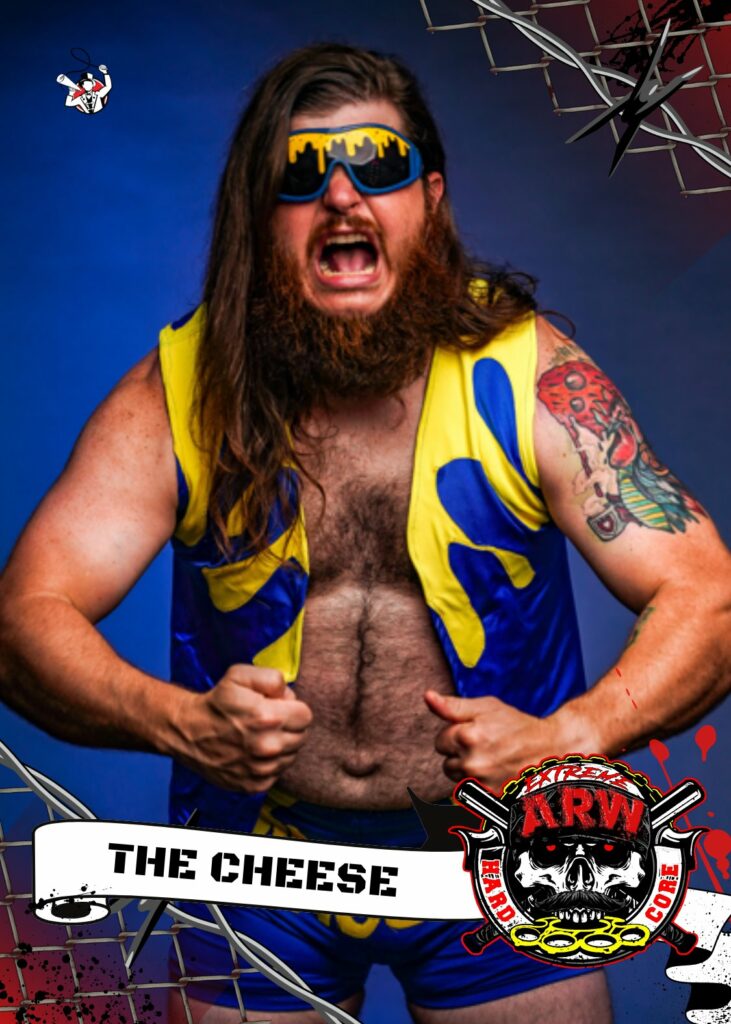 An effective set of wrestling cards is ultimately a means of promotion. It should celebrate the wrestlers you know and love (or hate) but it should also elevate the young wrestlers on the rise and get you interested in watching their product. Now that I’m aware of ARW, they have my attention. Their October 7th event in Melbourne, Florida, titled Blood, Sweat, and Fears 3, looks like a strong card, and I’ll be paying attention now thanks to their great new set of wrestling cards. 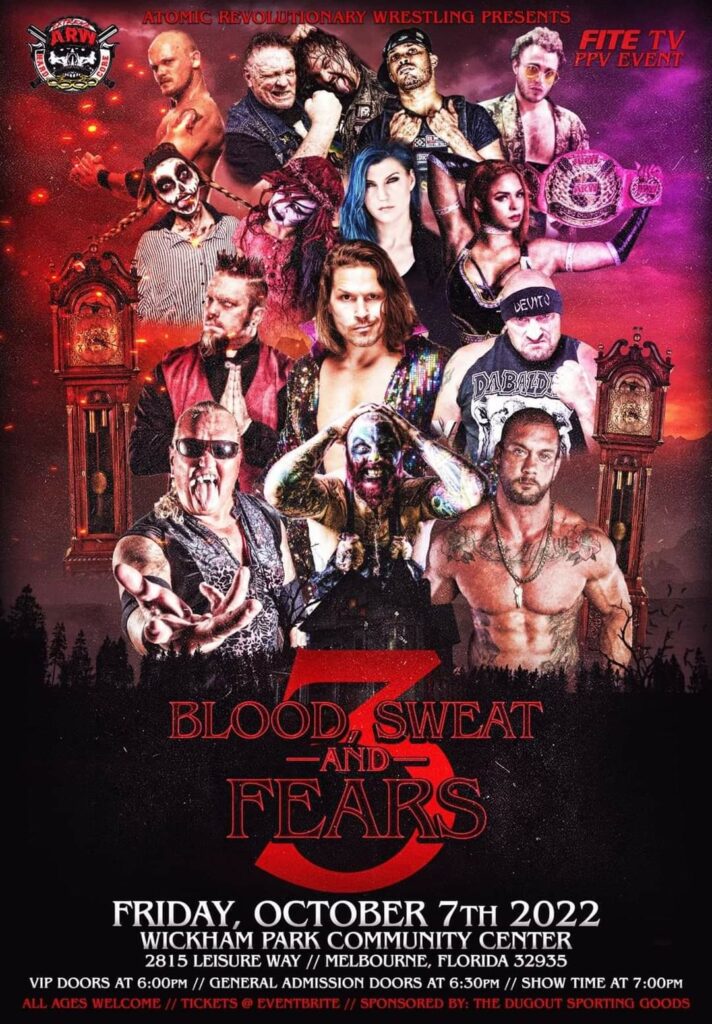