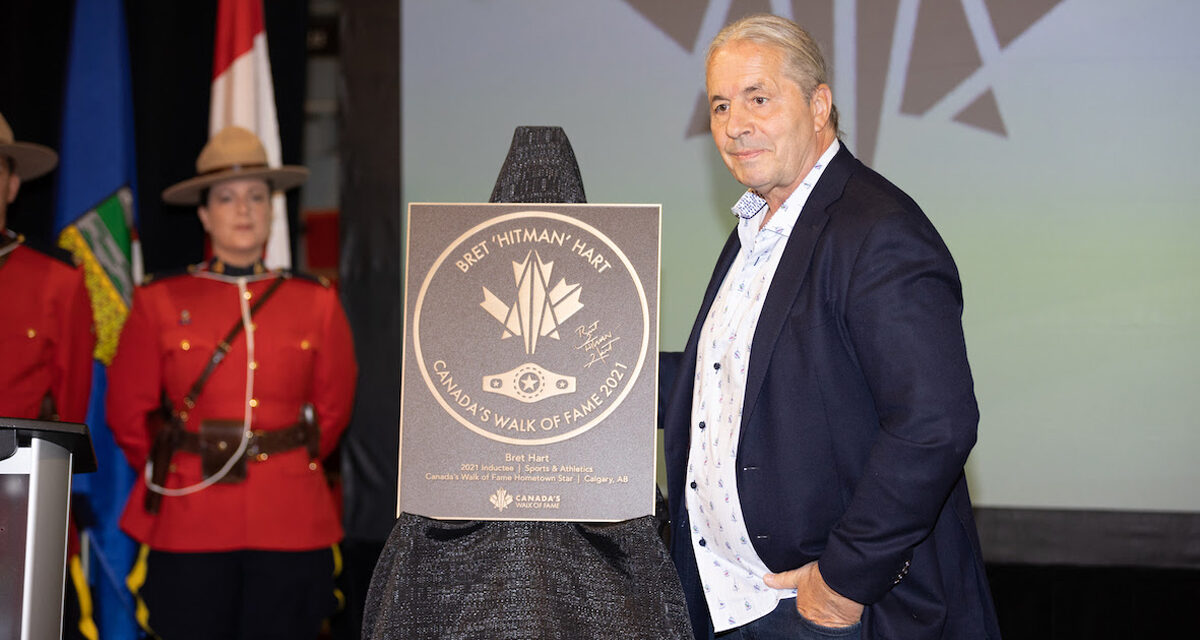 Bret ‘Hitman’ Hart finally has his Walk of Fame plaque.

At Calgary’s historic Victoria Pavilion today a commemorative plaque representing Bret’s star on Canada’s Walk of Fame was presented to the wrestling legend. Hart was awarded the honour in 2021.

“I think my mom and my dad will be looking down, quite proud of this moment,” said Hart as he accepted the honour.

“It means a lot to me that everyone came out for me today. It’s nice to see that pro wrestling finally gets a little bit of credit for being a performance art, which is what it really is,” Hart continued.

Each of Canada’s Walk of Fame inductees receives a $10,000 donation to the charity or cause of their choice. 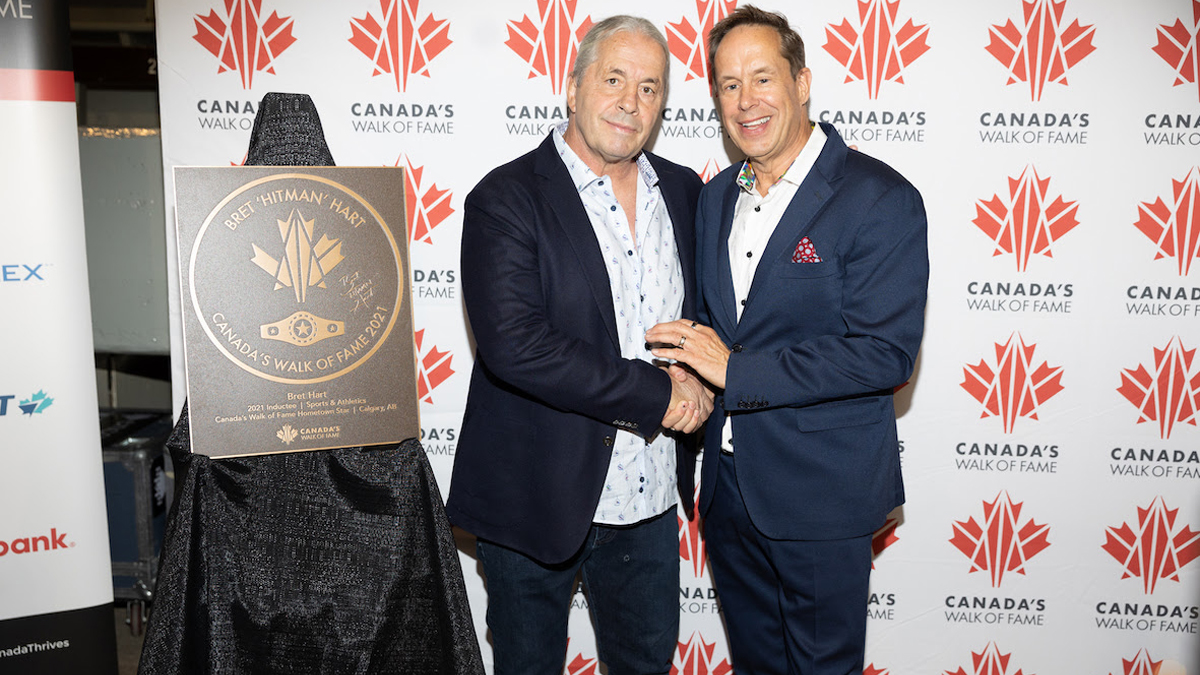 In addition, Calgary-native Kaiya Gamble sang the national anthem and a special song dedicated to Bret.