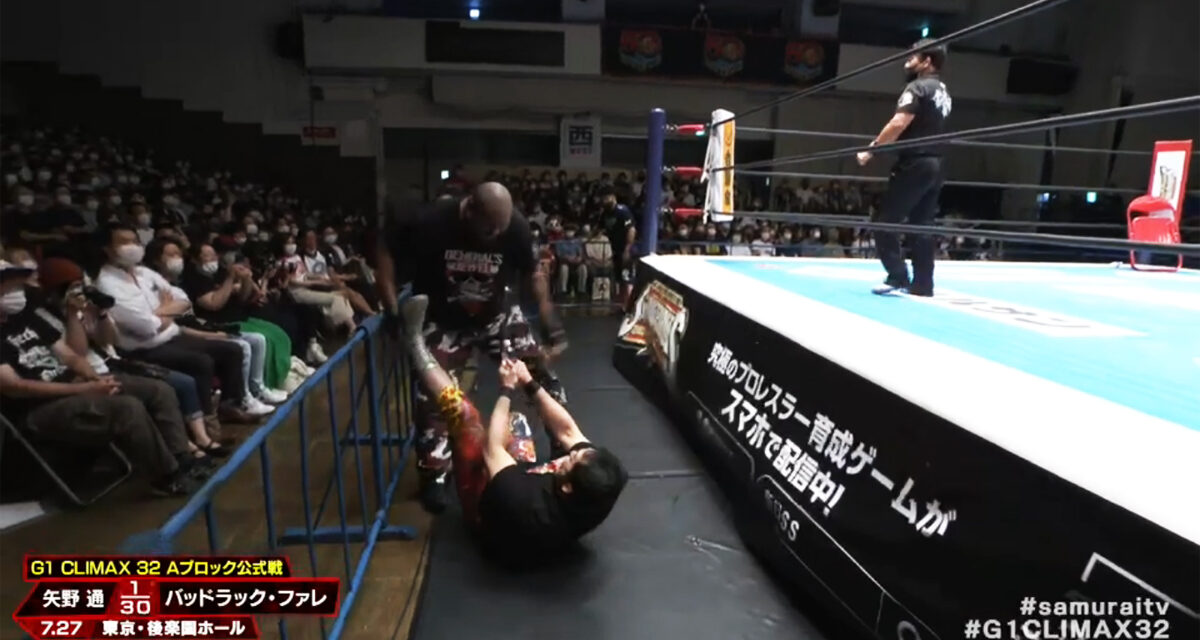 Fale got one over the master schemer, Toru Yano, at the G1 Climax tournament.

Going into the match Yano has a five to one record over The Rogue General. Fale cannot be happy about that.

Yano attempts to go at Fale head-on but the big man just batters him away. Yano takes time to regroup on the floor. He pulls out a chair and takes a seat. Fale does the same back inside the ring. Yano makes it back to the ring just in time to beat the official’s count. He gives Fale a drop toe-hold on the steel chair but cannot keep him down for the three count. Fale recovers and slams Yano to the mat…hard. Yano is thrown into the ropes. He dodges Fale and smacks him in the back of the head.

“Don’t do that!” yells Kevin Kelly.

Yano flees the ring apologizing to Fale as he goes. Yano pulls out a water bottle from under the ring spraying Fale in the face and eyes. Fale makes the referee’s count just in time. 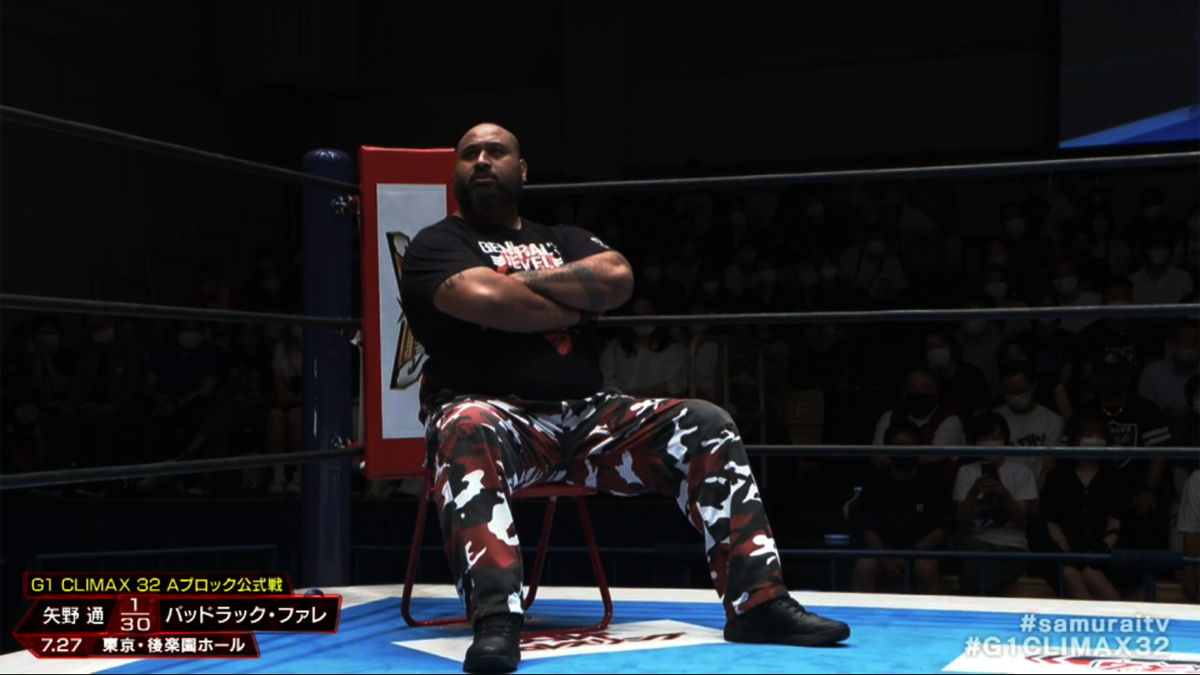 Fale beats Yano with the turnbuckle that he himself tore off then drops an elbow on him for a two count. Yano mule kicks Fale into the “lower abdomen” but Yano gets fouled up, shoved into an exposed turnbuckle. Fale rolls up Yano for the victory.

Phantasmo pins Issacs with the CR2.

Ospreay had to work for the win but he pins Yujiro with the Hidden Blade.

Ishii pins Tonga with his Brainbuster.