Claudio Castagnoli thrilled to be in AEW 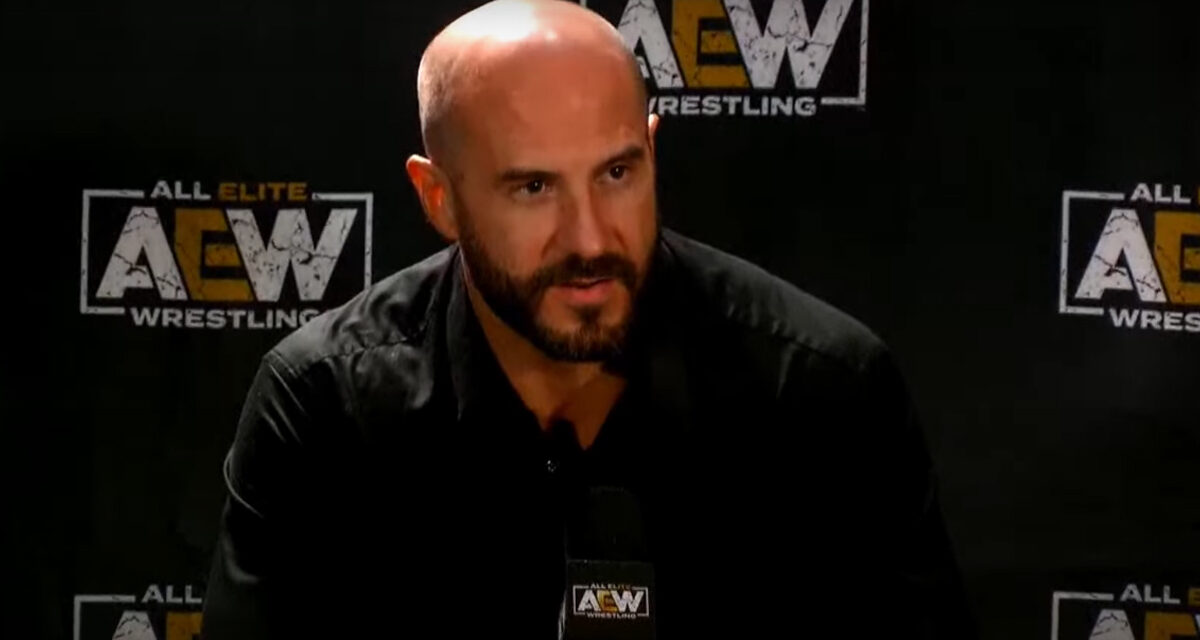 Claudio Castagnoli, formerly Cesaro in the WWE, feels like a “kid in a candy store” now that he has joined AEW.

Castagnoli is the newest member of the Blackpool Combat Club and was Zack Sabre’s mystery opponent at the Forbidden Door event Sunday night.

“Sometimes the stars align for a perfect moment and that’s what happened tonight,” said Castagnoli at the press conference after the show. “It’s just perfect…and at the end of the day, I’m always looking for new challenges. Here in AEW, I’m like a kid in the candy store.” 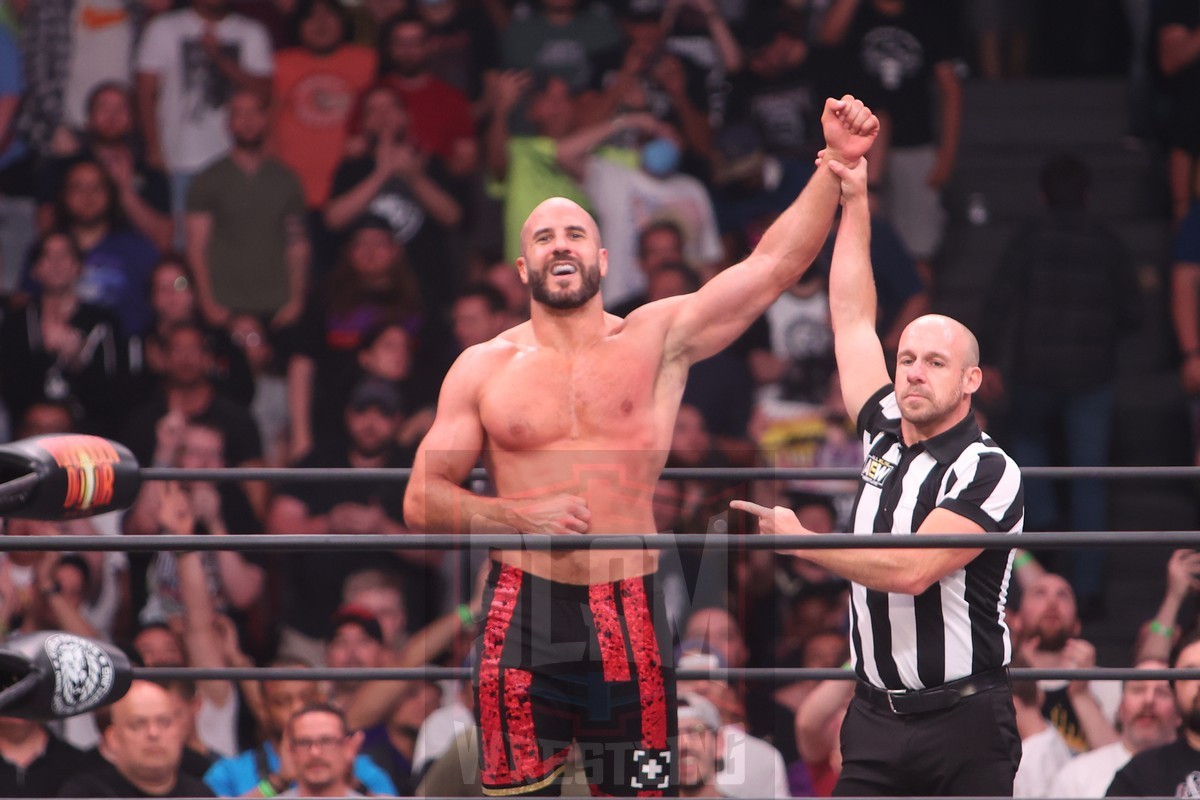 Claudio Castagnoli at AEW Forbidden Door at the Allstate Center, in Chicago, on Sunday, June 26, 2022. Photo by George Tahinos, https://georgetahinos.smugmug.com    MORE PHOTOS IN THE GALLERY

As Tony Khan explained, Castagnoli was a last minute replacement for an injured Bryan Danielson and was supposed to debut at Ring of Honor’s next pay-per-view, Death Before Dishonor on July 23rd. Castagnoli, himself, is looking forward to wrestling anyone on the AEW roster.

“Who do YOU want to see me wrestle next? That to me was always the important thing. Who is my dream opponent? I don’t care. Who do you guys want to see me wrestle? The last time I wrestled Kenny Omega was in Ring of Honor, probably in 2008. I think we’ve grown a lot since then. So you know, that’s just worth mentioning. I can just name literally everybody I just ran into in the locker room and backstage. I can probably give you a shortlist of who I don’t want to step in the ring with. That is nobody,” said Castagnoli when asked who he would love to wrestle in AEW.

One person who has already rubbed him the wrong way is Eddie Kingston. In December of last year, Eddie Kingston went on record as saying there was no love lost between him and Castagnoli. 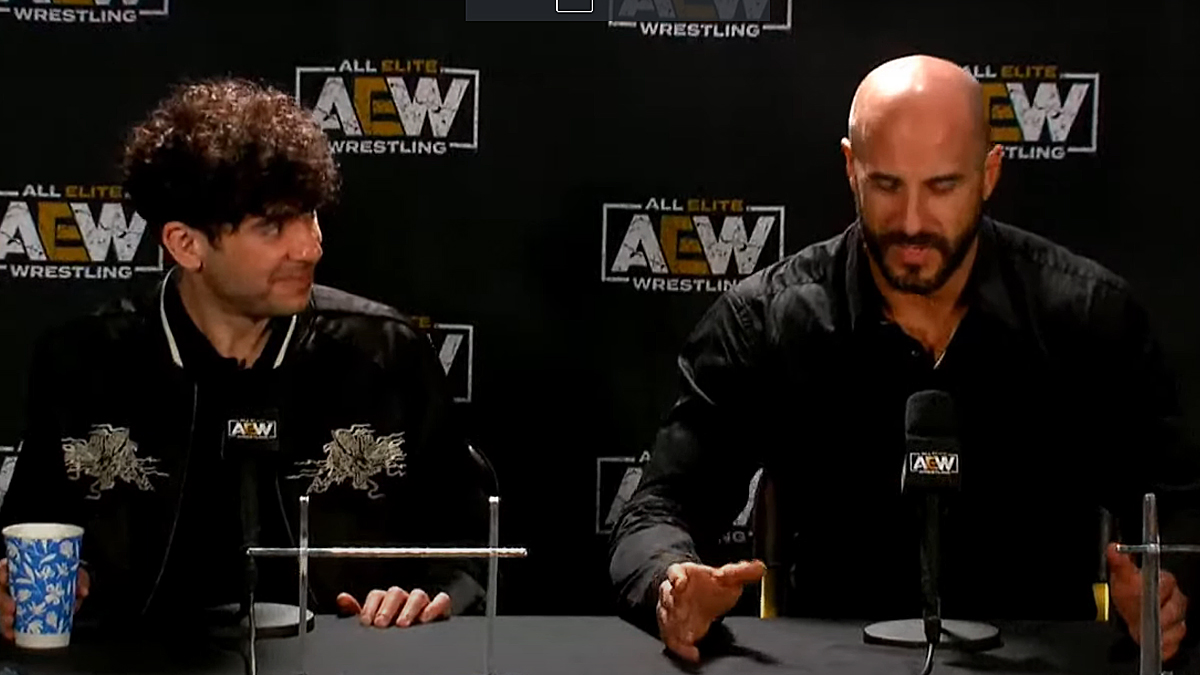 “There are certain people in wrestling that I do not like. Punk is one. Cesaro is another one. The big Swiss idiot in WWE. Cesaro? I know him as Claudio. I don’t like him. I don’t respect him. He ever comes here and we are going to have a problem,” he said at the time.

Tonight after Castagnoli ran down to ringside to help his buddy Jon Moxley and Hiroshi Tanahashi when they were swarmed by The Jericho Appreciation Society after their main event match Eddie Kingston refused to join Castagnoli or Moxley in the ring and shouted at Castagnoli from the arena floor.

“We’re not talking about the the one that yells and screams all the time like a little kid,” said Castagnoli referring to Kingston.

After spending 11 years in the WWE, Castagnoli left the company back in February of this year. He is excited to be in AEW.

“I don’t know if you can tell that I’m very happy,” he laughed. “This is my first night and I told this to a bunch of people, I feel like I have been here for years. It just fits. It’s awesome,” he said.

AEW and New Japan tear down the house at Forbidden Door