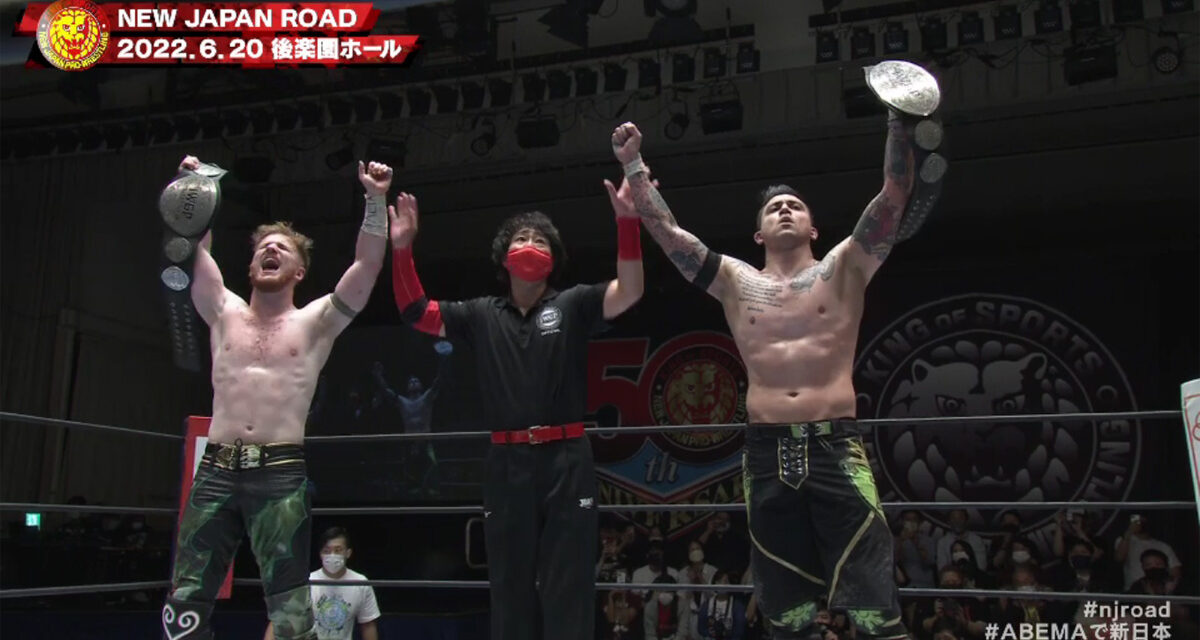 The newly-formed tag team of Francesco Akira and TJP of the United Empire have defeated Ryusuke Taguchi and Master Wato to become the new IWGP Junior Heavyweight Tag Team Champions. In the main event match of night two of New Japan Road, Akira dived out of the way as Wato flew off the top rope. Akira rolled Wato over stomping on his stomach. Wato had Akira in a submission, however, TJP broke it up with a splash off the top rope. TJP lifted Wato on his shoulders. Akira drilled Wato with a leaping stunner from the top rope to win the belts.

“Tonight, we finished the job! Some don’t look far enough ahead to see real goals. We saw this. As I said it before, empires collect treasure and they rule kingdoms,” said TJP.

The second night of the New Japan Road tour also played host to two AEW All Atlantic Championship Qualifier 1st Round matches. In the first, Clark Connors fought Tomoaki Honma and in the second Yoshinobu Kanemaru took on Tomohiro Ishii.

Connors took Honma out of his boots with a pounce off the ropes. Honma caught Connors in a headlock as he went for his spear to finish the match. A jumping kokeshi knocked Connors to the mat. Honma held onto Connors’ wrist so they two began trading forearm smashes in the middle of the ring. Honma won that war. The two tanks then challenged each other to a running clothesline competition. Honma lost that one dropping to one knee. Honma landed a running kokeshi for two count on Connors. Honma knocked Connors silly with a kokeshi to the head and bounced him off the ropes for a kokeshi to his back. Connors speared Honma and got a two count with a powerslam off the ropes. He pinned him with the Trophy Kill.

Before the announcer could finish the introductions in their match, Kanemaru attacked kicking Ishii in the face. Kanemaru tries for a bunch of quick pins. Ishii kicks out of every one. Kanemaru takes the fight outside throwing Ishii into a metal barricade and a steel post. Kanemaru lifts Ishii’s leg slamming his knee into the concrete floor of Korakuen Hall.

Kanemaru continues the quick pins and attacks in the ring keeping Ishii off his game. Ishii eventually takes over catching Kanemaru jumping off the top rope and slamming him to the mat. Kanemaru hits Ishii with a running kick. Ishii shrugs it off. 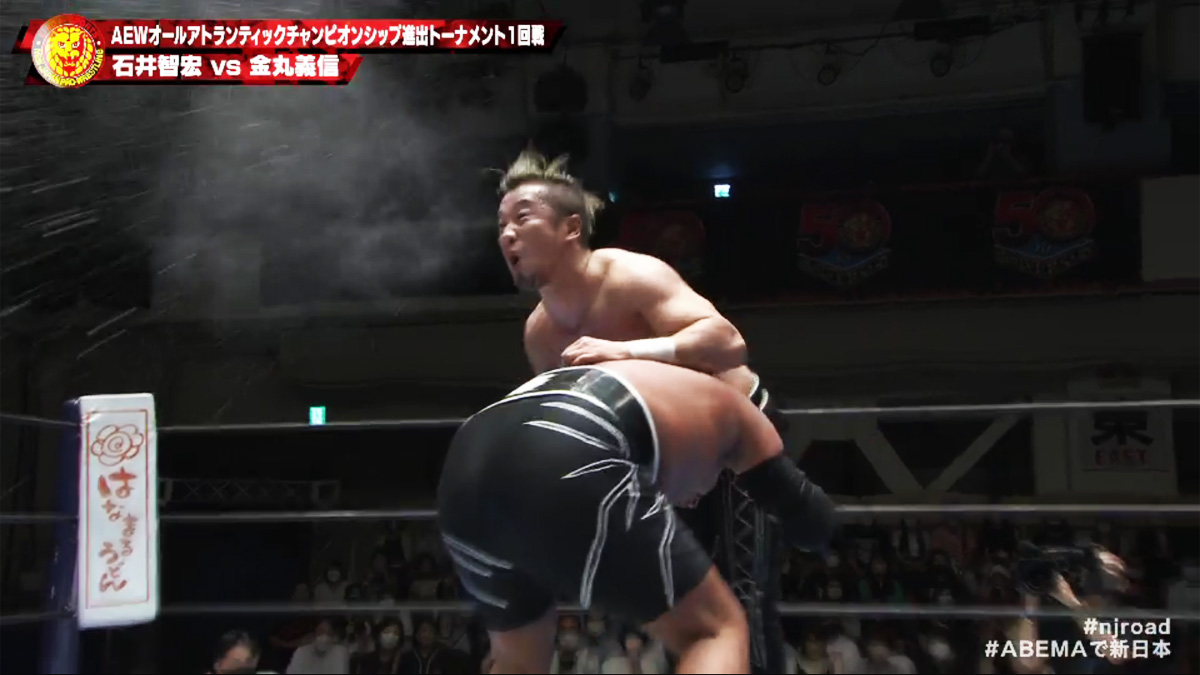 Kanemaru throws the official into a charging Ishii. The injured official flies, rolls out of the ring to the floor. Kanemaru DDTs Ishii. Kanemaru reaches for his bottle of whiskey. He takes a big swig. Ishii spears him and Kanemaru spits the whiskey out of his mouth. Ishii wins with his Brainbuster. 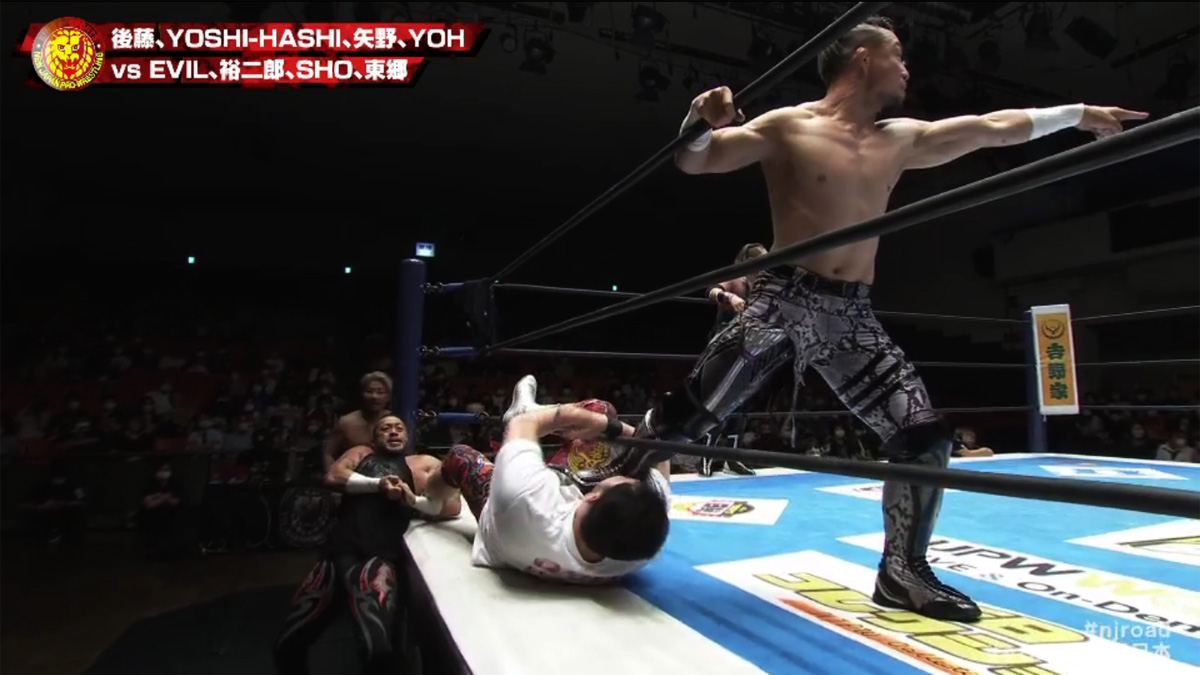 Evil stops Yano from tearing off a turnbuckle. House of Torture does so on the other side of the ring. Yano gets whipped into the exposed buckle, over and over.  Yano gets the crap kicked out of him until he hot tags in Hashi. Yoh has Evil pinned but Togo stops the official from making their count. Evil pins Sho with Everything is Evil. 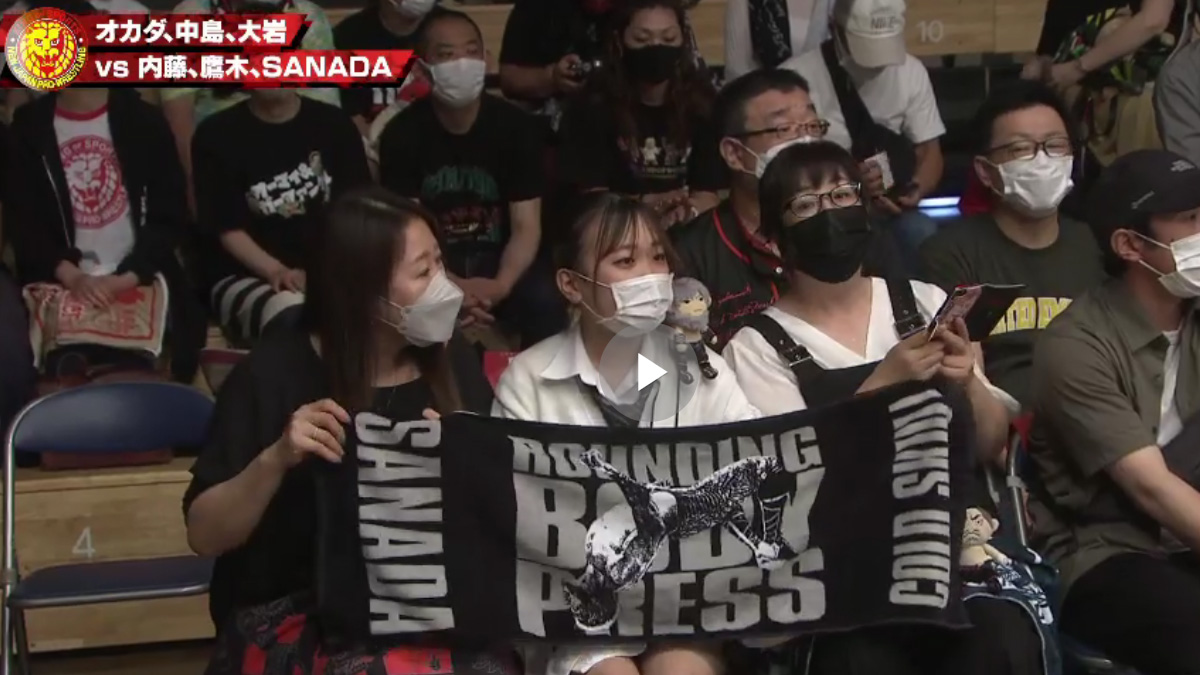 Some big time Sanada fans in the audience. Courtesy: NJPW.

Gedo and Ishimori go after Bushi’s eyes blinding him for much of the match. Gedo clobbers Bushi with the bell hammer but doesn’t get disqualified. Hiromu makes Gedo submit to ‘D’.