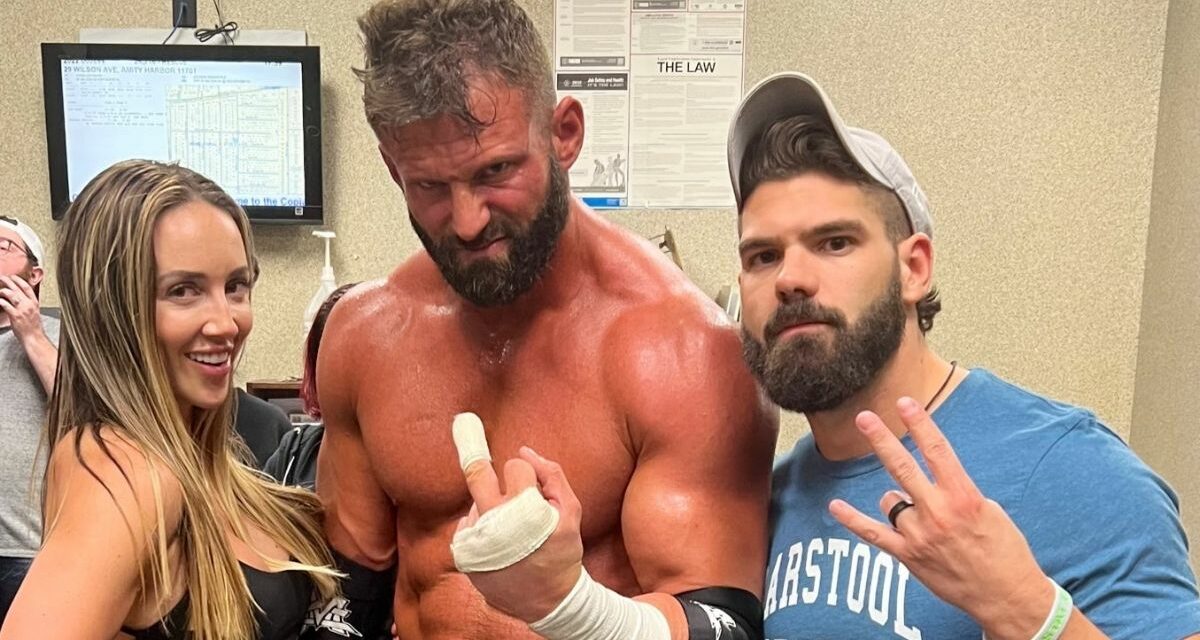 Don’t call Matt Cardona a “bad guy.” Because, even though he used some decidedly villainous tactics to win (and hold) the NWA World’s Championship, cheap-shotted Jordynne Grace to steal the Impact Digital Championship, and is basically the anti-Christ to GCW fans, he insists he’s done nothing wrong.

“I don’t think I’m the bad guy,” he maintained, during an exclusive with SlamWrestling.net just before his title defense against Nick Aldis at the NWA Crockett Cup. “It’s just me trying to capitalize on opportunities. I’ve had to do whatever I could to win titles, and I don’t regret it one bit. If the people want to boo me for that, well that’s on them.”

He does admit, though, that showing off this more aggressive attitude is allowing him to have more fun than he’s had in a long time in his career. And if people are enjoying being along for the ride, that’s great. But if they’re not, well, that’s not going to change his approach one bit.

“It’s been a lot of fun,” he confirmed. “Especially in Impact, which was the last place where I was a quote-unquote babyface. I said this from the day I was released by WWE: I’m not trying to prove anybody wrong, I’m trying to prove me – and my fans – right. There are a lot of Matt Cardona fans out there, who have been by my side through the old YouTube days. I’m not trying to convert new fans over, but if they do, I’m glad to have them.”

Besides, in terms of really awful people, Cardona feels there are many of them out there who truly deserve your scorn: fig swappers. That includes people who buy an action figure, replace the figure with a lesser-value one or otherwise modify the figure like putting on a different head, and then return the figure, so that when it gets restocked, the next person may end up unknowingly buying the fraudulent figure.

“I hate those f—ing people,” he said, his voice rising. “They’re the scum of the earth. After they swap the figure, some poor parent thinks, ‘I’m gonna buy little Jimmy this figure for Christmas or his birthday’ – these parents don’t know any better. And then this poor kid is going to end up with this f—king figure. It’s horrible, it’s f—ing horrible. Those people should be arrested.”

His passion for pop culture is one of Cardona’s hallmarks, and with many of the pandemic restrictions lifted, he’s looking forward to getting back on to the comic convention scene, including at the annual San Diego Comic Con, where he will be broadcasting his Major Wrestling Figure Podcast live on the scene. 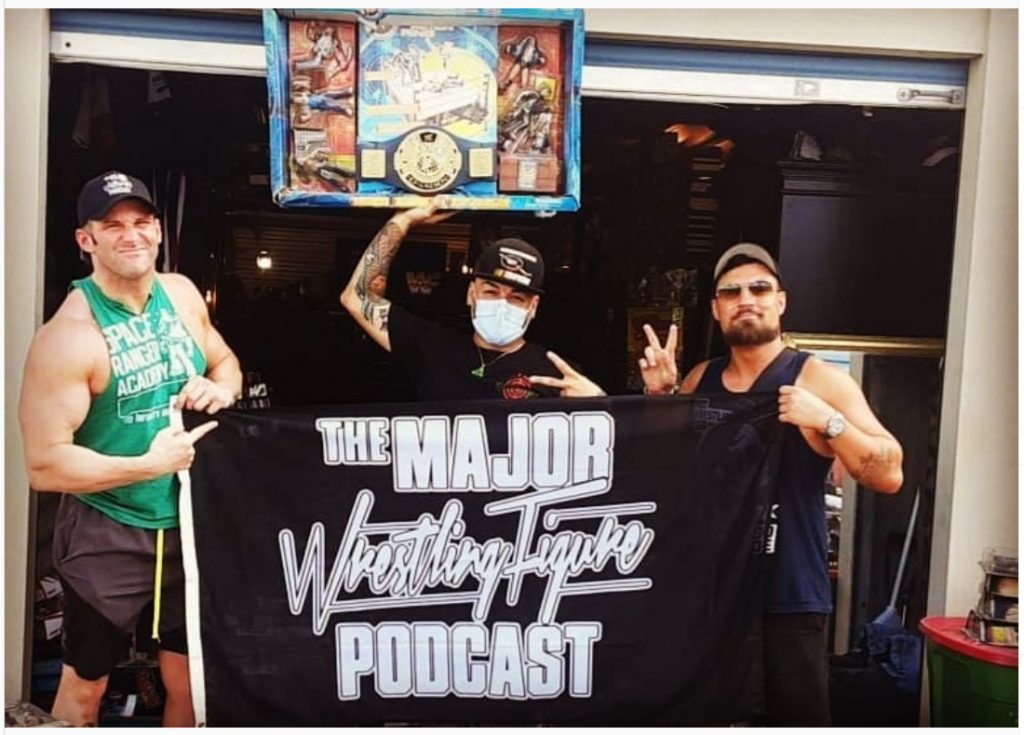 “We’re going to be there for two days,” he said happily, “so it’s great that I not only get to go, but work there and get paid.”

Of course, he anticipates that most of his money will go back into his now-famous figure collection.

“Oh, man,” he said, when asked to describe the size and scope of his collection. “Whether it’s wrestling figures, Ghostbusters, Star Wars, Ninja Turtles. Then there’s also some really cool stuff that aren’t necessarily action figures per-se. Like, I have a Han Solo in carbonite statue in my house. You can’t collect a lot of those. And sometimes I see something really cool, I consider it art, and I need to have it. I have a Ghostbuster Terror Dog head – it’s just a giant head, and it’s hanging on my wall. To me, that’s art.”

A struggle he’s having – which he says may actually be even more difficult than some of his in-ring battles – is in determining what figures to keep, and which ones he has to purge to keep his figure collection down to a more manageable size.

“I’m trying to downsize my Funko Pop collection,” he said, cringing at the thought. “I was getting out of control, and had over a thousand of them at one point. Because they’re so addicting. You see one, and you’re like, ‘Ah, it’s only ten bucks.’ But then you have a thousand of them, and you wonder where you’re going to put them all. So I’m in the process of condensing it down only to the essentials. But it’s hard. I mean, do I need over 100 Star Wars ones? No, I don’t think so, so I’ll try to cut it down to, like, five. But how do you choose? It’s kind of like getting rid of your kids,” he laughed.

What’s not as difficult, though, is in keeping up the wrestling schedule. Even though he’s wrestling for numerous companies, and may indeed have multiple shows in a week, Cardona has no plans to slow down.

“I love it,” he said, definitively. “Sure, I get tired sometimes, but this is what I signed up for 20 years ago. Because I love it. And I’m going to do it as long as I can.”

“Most people, when they get released from WWE, they fade away to obscurity,” he observed. “But I would argue that my value is higher than it’s ever been before. Right now, it’s the middle of March, and I’m already taking bookings through November, I’m almost already booked for the year. So I feel that my stock is at an all-time high, and I’m going to continue to ride this wave.”