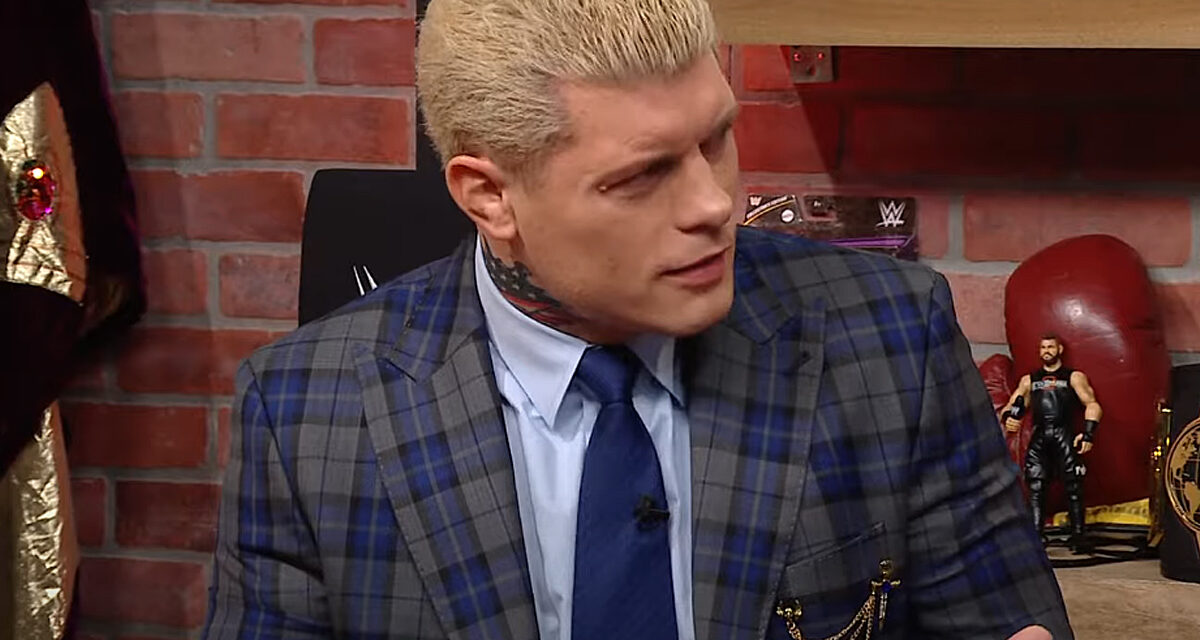 Cody Rhodes had nothing but nice things to say as he acknowledged AEW in an interview, appearance on the WWE’s The Bump today.

“I really don’t know how else to put it other than it was just it really was time. I loved what I had been doing. I am so proud of it. I know people aren’t living under a rock. I have come from another company that I loved everything about, everything, but I needed to move forward,” he said explaining they he left AEW behind and returned to the WWE.

Cody even referenced AEW commentator Tony Schiavone in discussing his entrance at WrestleMania over the weekend.

“I was in a bit of what I would call a trance. My friend Tony Schiavone, he actually mentioned this to me, he said he said I looked like I was in a trance until I got about midway down and realized what was happening and where I was. It really was the case because this wasn’t part of the plan. That’s beautiful way life is but it was it was such a big heavy moment for me,” he said.

Cody also explained how special the moment was for him and his wife Brandi as the show rolled footage of Cody embracing her before stepping through the curtain on Saturday night.

“We felt we did everything right in leaving AEW and coming here. We set our house up there and again we are so proud of it but for the past 40-something days we’ve been quiet and everyone’s had these theories and talk. I just wanted this to be a positive moment, no strings attached to that positive moment and we got to experience that together. I know whatever her next big step is I want to be there for her like she was there for me because I couldn’t have done it without her. She is very much my Cinderella story,” he said of her.

Cody was genuinely shocked at the reaction he received from the WrestleMania crowd. He thought fans would be divided with some welcoming him back and others not.

“I am also an outsider. I broke the throne, I helped create an alternative promotion. I caused an incredible amount of disturbance in this world and it wasn’t a negative return. It was positive!” he said.

As far as the current WWE talent, Rhodes had this to say about Roman Reigns.

“He is an intimidating presence. There’s a match out there, right? That is likely the match that exists out there but before the match you’ve got to cross paths in some capacity and we haven’t yet. I look forward to that because consistent? Did it. I have pulled the wagon and I am still pulling the wagon. I do, to a degree, know what that feels like, to a degree. I look forward to that interaction,” he said with a smile.