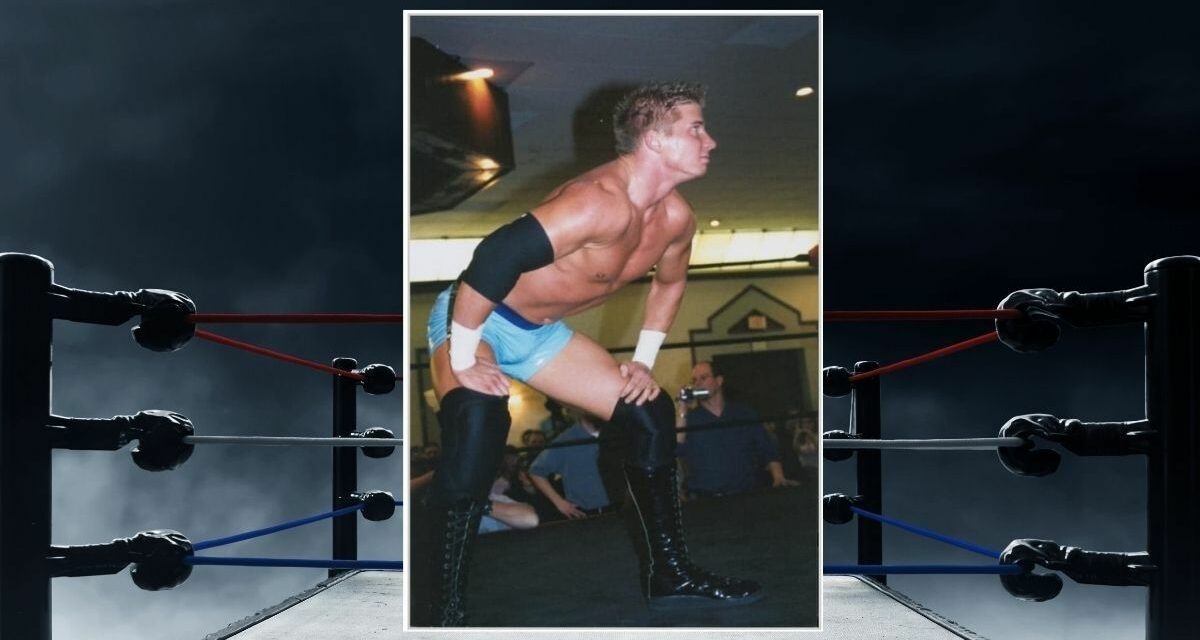 Adam Ellerman, who went by “Mr. Electricity” Adam Evans in the ring, died at 35 years old on January 27, 2022, in auto-pedestrian crash in Chicago Heights, Illinois. According to reports, Ellerman was walking on the sidewalk at 5:30 a.m. when he was hit by an incoming vehicle.

He had been a well-liked part of the Chicago wrestling scene.

“I never heard anyone say an ill word about him. Adam was solid in the ring, and when I helped train him very early in his career, he was a sponge, wanting to learn everything,” recalled veteran wrestler Trevor Blanchard.

Adam Ellerman was born on July 24, 1986. Ellerman attended Bonfield Grade School and Herscher High School, then graduated from Lincoln-Way East High School in 2005. He caught the wrestling bug from his uncle, who was a big fan. He trained with Brandon Bishop and Blanchard, before he debuted as a pro wrestler in November 2001, at only 15 years of age.

On his defunct website, www.adamevans.tv, Ellerman’s mother, Connie — who used to drive him to many shows since he was underage — was quoted: “When I think of my youngest son, Adam, I see the heart and soul of someone more than his years… His commitment, dedication, and total focus to his dreams and goals few ‘mature’ adults display, let alone someone as young as he. He is truly an exceptionally talented young man with enough ambition and desire to achieve his dreams and goals. He is a dedicated athlete with nothing but a bright future ahead of him… I am beyond proud of him and he never ceases to amaze me… xoxo.” 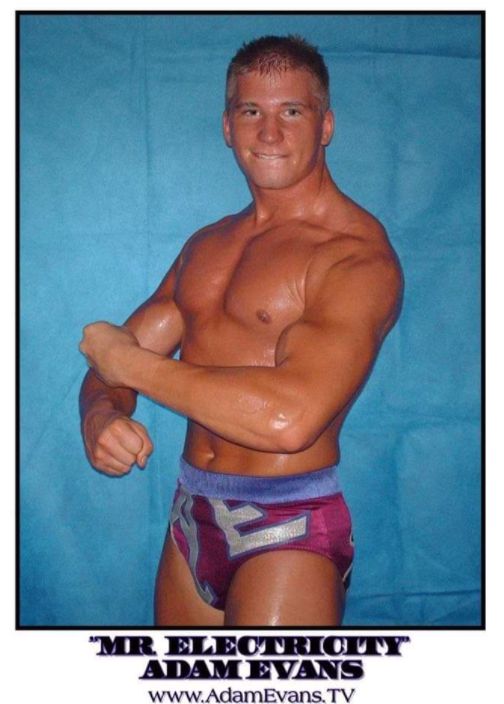 Brandon Bishop also was quoted on the website: “I like to call Adam Mr. Potential. I couldn’t be more proud of him. It’s very rare that one has the heart that he does. Great talent. And at 15 years old! Wow!”

The 6-foot-1, 225-pound Ellerman worked as Adam Evans, and mixed traditional, old-school moves in with the new. Technical wrestling was his style, and his favorite move was the Brainbuster. Other moves included The Idolizer (Sit-out “Stroke”), Stalling Vertical Suplex and Super Kick.

David Herro, a promoter out of Green Bay, Wisconsin, posted to Facebook upon learning of Ellerman’s death. “Sorry to hear the news of the passing of Adam Evans. Adam teamed with King Kong Bundy vs. Dinty Moore & Steve Stone at the very 1st Blizzard Brawl. May his memory be eternal.” 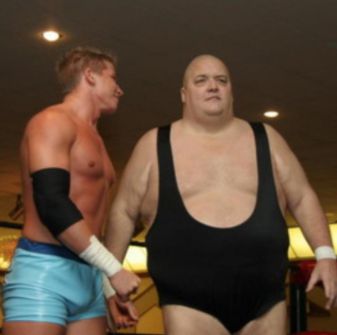 Others who knew Ellerman shared memories of him:

William Davis on Facebook: Sad to hear the passing of Adam Ellerman aka Adam Evans. He was the “young kid” among us young kids who broke into the wrestling business together. He was so young his mother would have to drive him to practice and to his first shows. I remember seeing him work on WWE Smackdown and I remember talking to him a few years ago when things weren’t so great for him. He was definitely too young to pass on. Very sorry to hear of his passing and my prayers go out to his family.

Nick Cutler on Facebook: I’m in shock… One of the first guys I looked up to in the wrestling business on a local level was Adam Evans. Those of us in the wrestling world know that 99% of the independent circuit do NOT look like they belong in the ring, and I am a BIG believer in looking the part. When I started refereeing shows while I was training, Adam Evans was the guy on shows I looked at and said “THAT’S who I need to model myself after.” A guy who takes this sh-t seriously, no matter what the level or the show. One of the first BIG shows I worked on, the promoter who was a friend of mine asked who I wanted to work with. Without hesitation, I told him Adam Evans. We went out and had a GREAT match. He then called me at 11:30 that night once he’d made it home to thank me and just talk about shi-t. When Adam left the business, he kind of went off the radar. Deleted social media, and he was hard to get ahold of. I always had his number saved though, and whenever I’d see his name on my caller ID, I’d smile and say “Adam F—ing Evans.” I haven’t seen his name pop up in quite some time. And I always would wait for him to call me because I assumed that when he wanted to talk, he’d call, ’cause that’s just how we was. The few times I tried to call him, I wouldn’t get an answer. So I always just wait for the next call. I’m heartbroken that I’ll never look down at my phone again and say “Adam F—ing Evans.” Really wish I would have just said screw it and made the call. Rest In Peace my friend. I love you, and I’ll miss you.

Joe Corleone on Facebook: Our passion for wrestling and our eccentric personalities brought us together. Whether traveling nearly every week for a time, to Danville, Watseka, Green Bay, Indiana, etc, and either many times facing you or tagging you, many memories come to mind. Too many actually. But I will share one sentiment. In our pursuit, we felt as if we were Kings of the world. That we had everything in the palm of our hands. That we loved something so much, we were willing to go to the ends of the Earth to achieve our goals. I’m sorry our paths went in different directions over the years. It would have been nice to have one last match. Rest easy. My friend, Adam Evans.

Ellerman — who used the phrase “I am the premier and the future of professional wrestling!” — wrestled on and off for close to 20 years. Blanchard said that he had lost touch over the last few years. Ellerman was attending Prairie State College, he was due to graduate in May 2022. 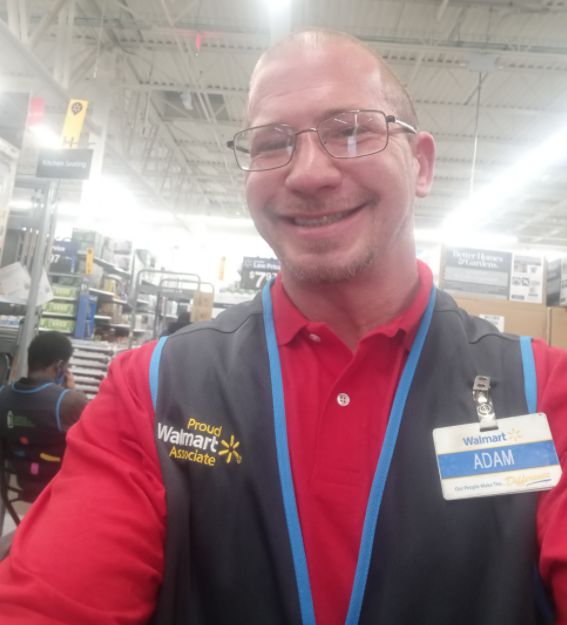 A recent photo of Adam Evans.

According to reports, Ellerman was taken to Franciscan Health Hospital after the accident, where he was later pronounced dead. Ellerman’s death was ruled an accident.

There will be a memorial service for Adam Ellerman on Tuesday, February 8, 2022, at Woods Funeral Home, 1003 S. Halsted St., Chicago Heights, Illinois, at 9 a.m. Further details are here.

EDITOR’S NOTES: Ellerman’s school history has been added to the obituary.