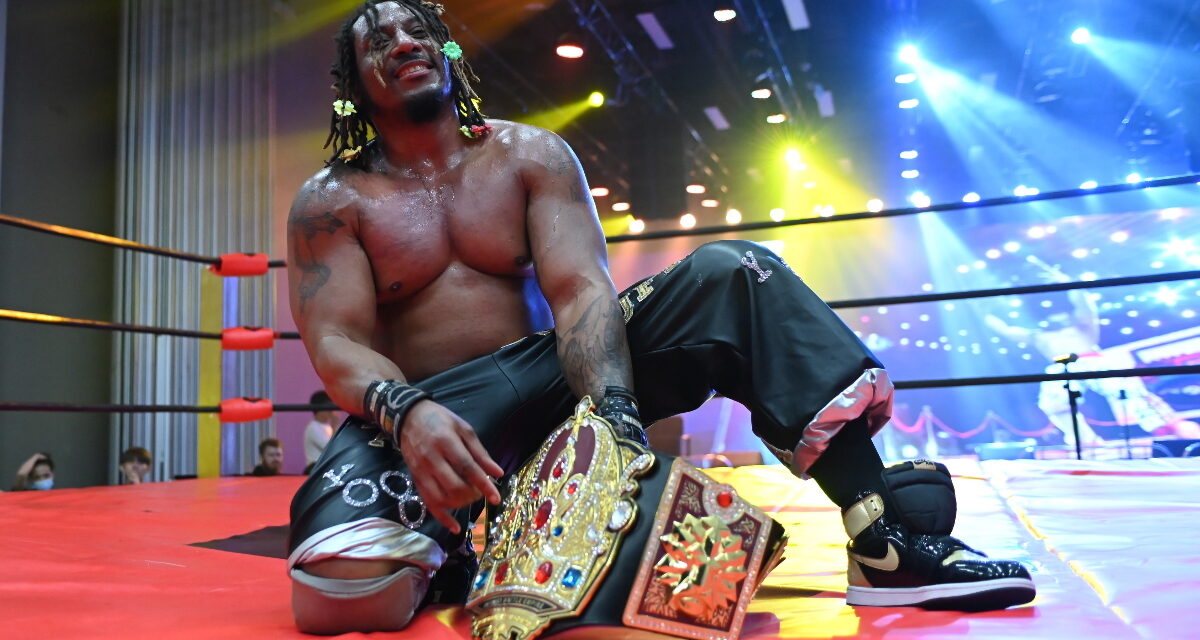 Things start off with a cold open promo building on last week’s big main event. MKW Champion Coldray of the Supreme Society has a message for Wang Tao he says that after defeating Wangtao, he wants to make sure that Tao never messes with him again because the odds will always be in the champion’’s favour. He has chosen a partner for Tao in tonight’s main event against the Supreme Society and after tonight, Coldray hopes that Wangtao will smarten up about getting in the way of the MKW world champion ever again. 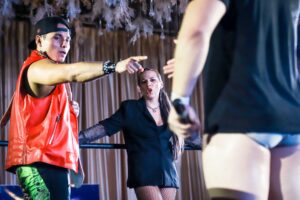 Hong Wan enters and grabs a mic. He says that since he has returned to MKW, he’s been humbled by the ability and skills of the wrestlers now so he needs to continue to develop and improve. Honwan asks Ash Silva to come to the ring he enters along with Queen Marie. Wan says that Ash Silva has really proven himself to be a great MKW Belt & Road Champion, and for now, he can rest easy, because Honwan will no longer come after him, and also wants to say, that he respects Ash Silva and the he is glad that Ash Silva can continue to represent the MKW Belt & Road championship and offers his hand as a show of respect. They shake hands to seal the deal and Ash and Marie exit. Next Wan invites Mamba out. He says Black Mamba and him clearly don’t see eye to eye on anything anymore, but wants to offer his hand to show that he still respect Mamba, but as Mamba is about to oblige, Wan pulls away and exits, leaving Mamba hanging, it seems Wan has learned from Mamba’s double crosses. 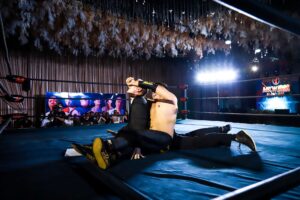 Upset at being humiliated, Mamba takes his frustration out on MKW interviewer Jim Murray. He superkicks Murray, throws him at the ring post then locks in the crippler crossface in the ring.

For this match we head to Singapore Pro Wrestling’s studio.

NYC and Trexxus start. Trexxus is substantially stronger and it shows but NYC is unrelenting in his efforts to escape and reverse holds.

Once NYC tags Lee the teamwork of the two shines with seamless and unique attacks that have their opponents taking a powder. They continue with the advantage until a distraction by the illegal Trex allows Tang to hit a backstabber on NYC.

Trex and Lee control things until they take things a little too far with repetitive corner attacks allowing NYC to escape and make the tag. She comes in hot but it doesn’t take long for the two to turn things around on the diminutive female.

She takes some vicious suplexes and slams but is able to escape another corner attack to make the tag to NYC.

A sequence of shotgun finishes finally ends when Tanf and Trex hit a unique double team cutter after a referee distraction low blow allows them to capitalise.

Before we get to the next match, Black Mamba interrupts Adam Tang on commentary. As Mamba enters clutching his Book of the Satanic Temple we get a pre-tape promo that shows a disembodied voice telling him he has been following the instructions of the book well and to prepare for the next step. Back in the ring Mamba gets on the mic and says that he’s ready for the final step to complete the resurrection.

The crowning of the first ever IBEW champion!

This week the bonus matches from May 25 2021 – a never before aired event called “IBEW x MKW: The Foundation” in Shenzhen continue here with the event’s main event.

The two feel each other out in stalemates of strength, grappling and strikes until an unexpected frankensteiner from Buffa sends Junjie to the floor. Buffa dominates the ringside brawl and hits a massive cross body block once they’re back in the ring leading to nearfalls on more of his signature moves. 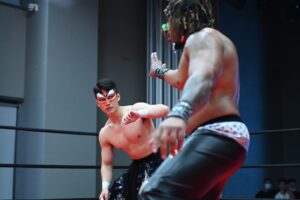 Junjie (left) and Buffa (right) feel each other out early on.

Junjie is able to land a chop that leads to an exchange between the two. As Buffa comes off the ropes from one Junjie hits an impressive powerslam shifting the momentum in his favour.

The two then take turns with longer respective sequences of bigger attacks until Buffa hits a super X factor for the win. 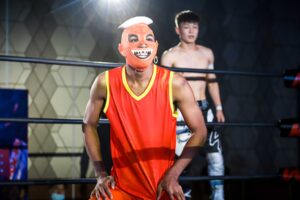 Kid and Johnny start. Kid is able to get the better of Johnny with his unorthodox comedic offence. Tao however doesn’t fare as well, Johnny is able to tag out to Ray.

Ray comes in to meet Kid still decked out in his fur entrance jacket and drinking a martini. He throws the drink in Kid’s face and Johnny takes over. Kid manages to get a few licks in and tag out and gives Ray his comeuppance.

Coldray shows off his power to take control with a suplex reversal and begins to pound Tao. In the middle of a stomping he’s distracted however. A familiar tune plays over the speakers causing a big disturbance for Ray. It’s the music of the first ever Chinese pro wrestler: The Slam! Tao capitalises with a schoolboy for the win.

A variety of intriguing action closes out MKW's fourth season.