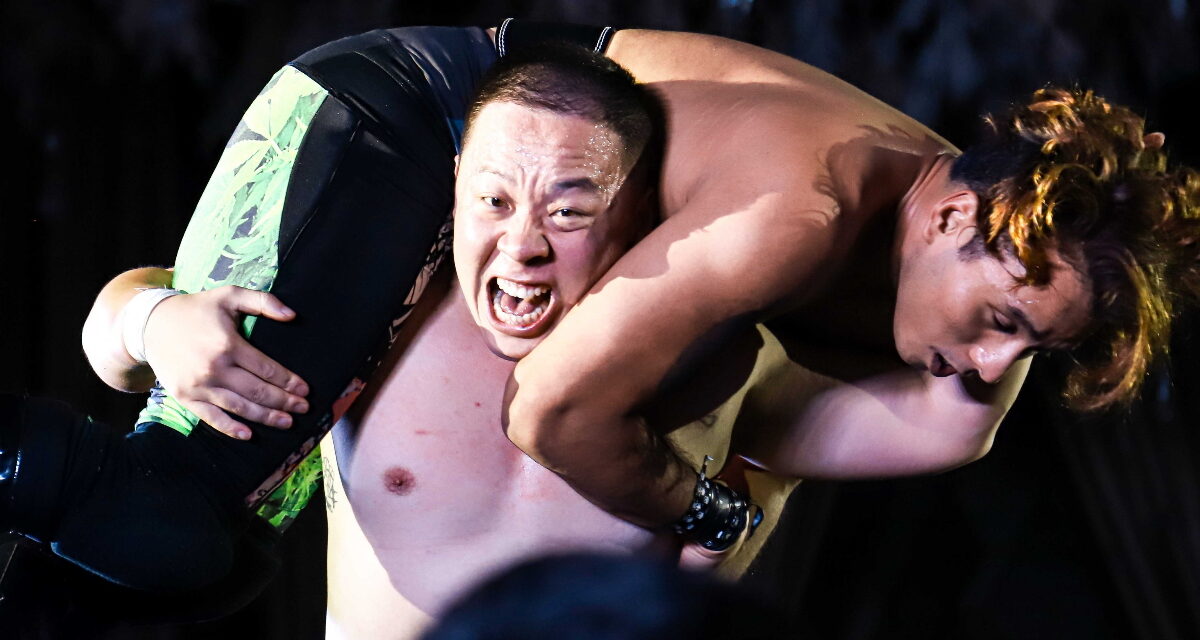 This week begins with a trio of cold open promos. Honwan and Black Mamba’s rivalry has expanded to include Ash Silva tonight as they face off in a three-way and we hear from all three men here. Wan is incensed after Mamba turned on him again. Mamba seems hypnotized and focused by the Zombie Dragon’s satanic book which he now cherishes and Ash says the two are fighting over his belt like a couple of girls who he swipes left on.

As Money enters he gets a PIP promo putting down Saga for his size, equating it to gluttony. 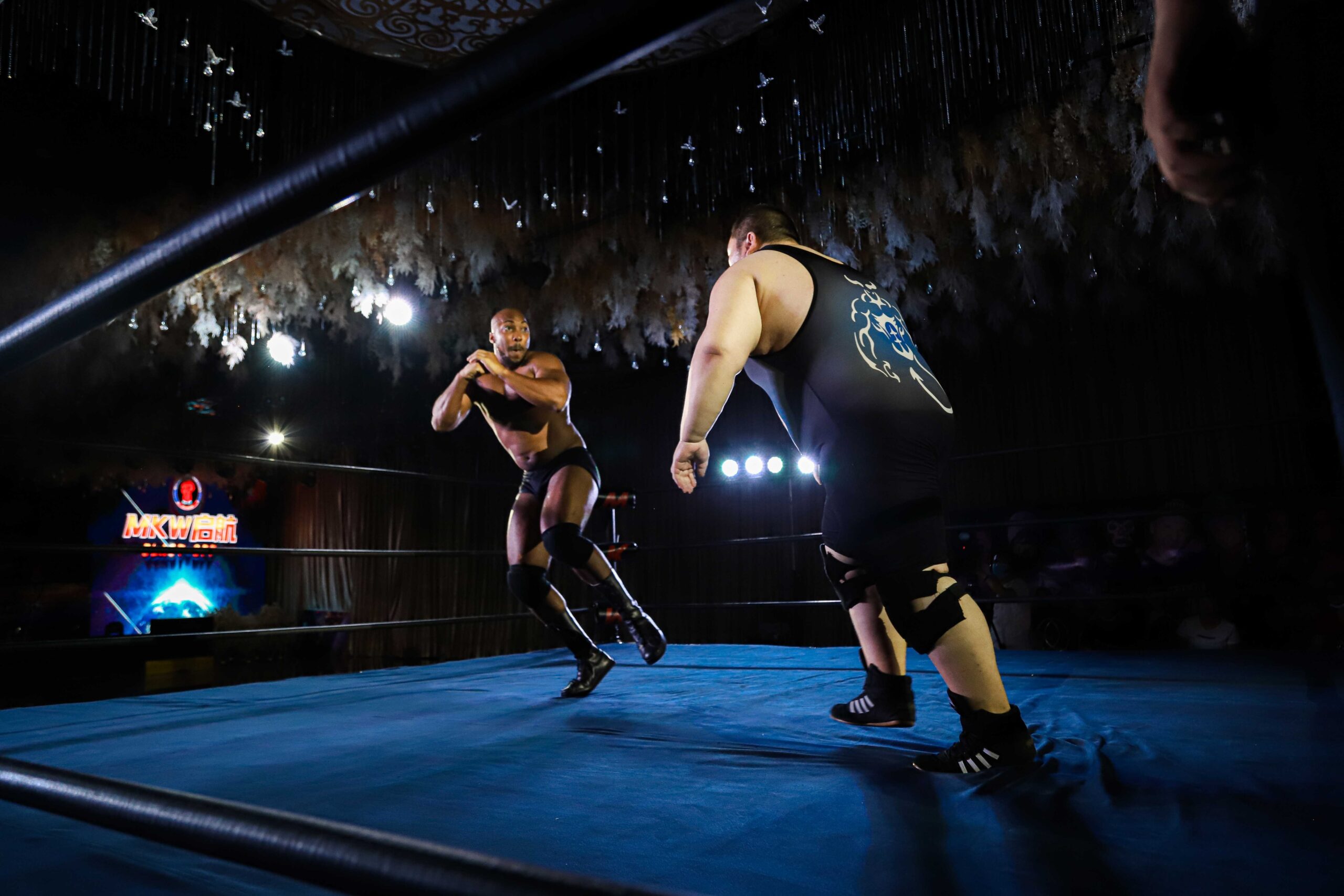 Uncle Money winds up on Saga

In the early going the two seem equally matched in strength but after evading a clothesline, Saga puts down Money with one of his own and then flexes for Marie.

Money then lures in Saga with a knuckle lock challenge but immediately lays a beating on him instead. When Money plays to the crowd Saga is able to turn things around firing back with shots himself.

A well placed knee puts Money back in control and he abruptly finishes Saga with a DDT.

This week the bonus matches from May 25 2021 – a never before aired event called “IBEW x MKW: The Foundation” in Shenzhen continue. 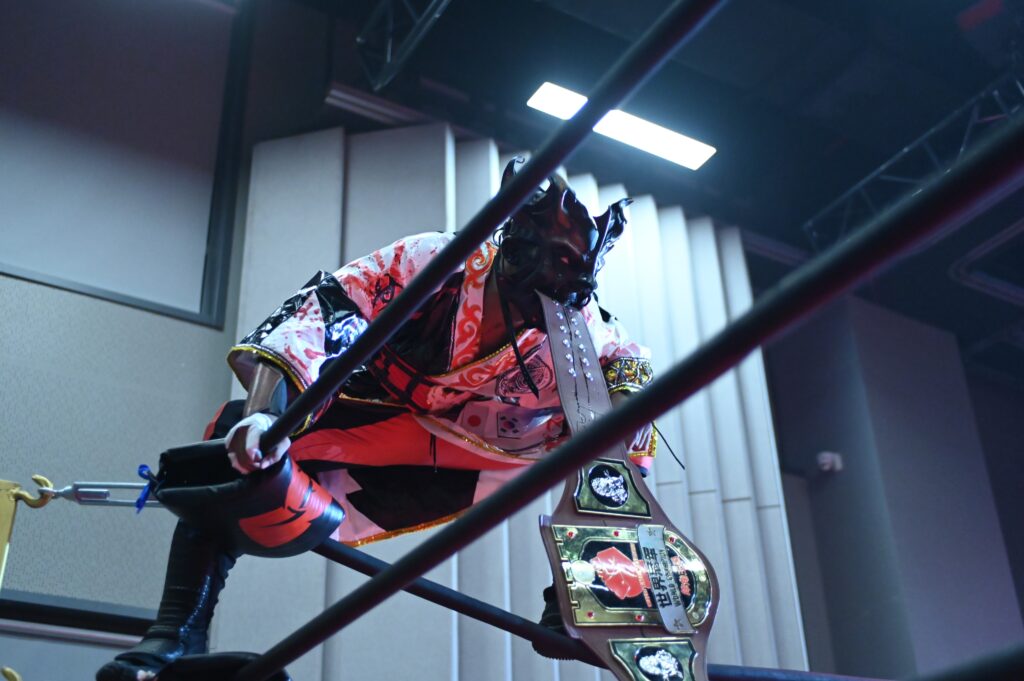 Jingjia kicks Zombie Dragon and then seems sincere in asking him for a handshake immediately afterward. Not the most convincing approach to sportsmanship. I’d say Dragon was stupid in accepting the gesture but when Jingjia immediately started to light up Dragon, he didn’t even register the blows.

Dragon takes control with a dropkick and dominates with calculated intensity until a forearm catches Dragon off guard. The two go back and forth with bursts of offense until Dragon is able to hit consecutive big moves. An electric chair and top rope elbow spell the end.

Before the match we get a nice video package that explains how the history of these men and the Belt & Road Championship are intertwined.

Wan immediately goes for Mamba, brutalizing him with strikes and tosses him out of the ring, allowing Ash to take over on Wan. 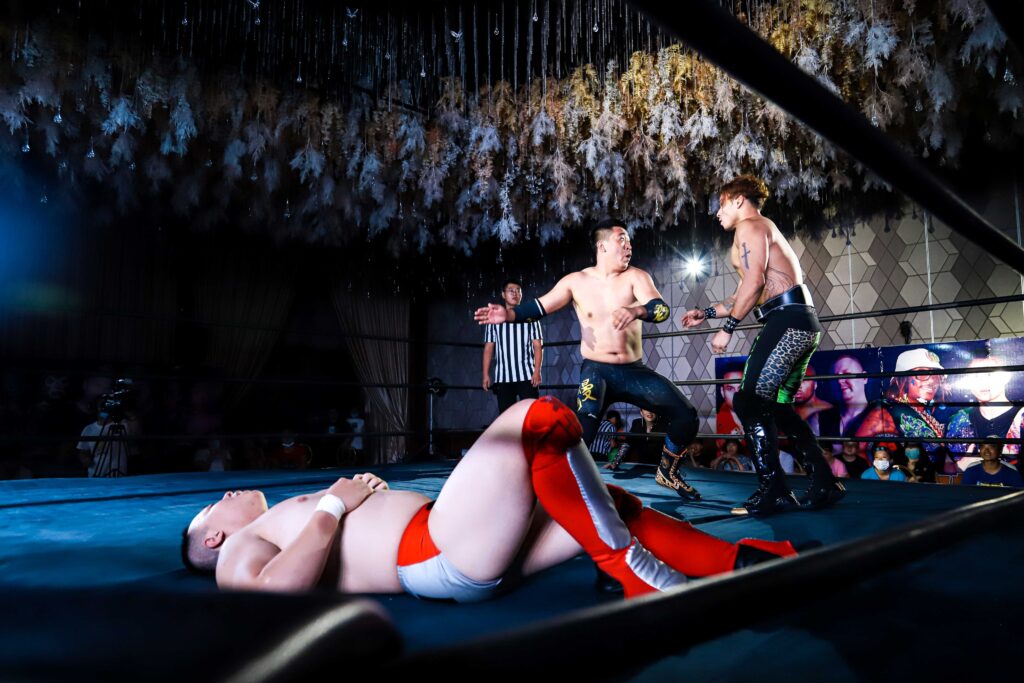 Black mamba unloads on Ash Silva as Honwan writhes on the ground.

Mamba reenters but is dispatched quickly by Wan who begins an assault on both men. It ends when Mamba catches him with a jaw breaker. The history between Ash and Mamba is evident when they are the two standing here over Wan. Mamba has a lot on his plate as he has a hatred for both men. He comes across as a protagonist as he mounts an assault against both opponents. But honor amongst thieves rings true as Ash and Mamba team up sporadically.

A theme of slap offs between them allows Wan to get a second wind.

Wan hits his standing moonsault on Mamba but Ash immediately dog piles them with his frog splash to come out on top.

TOP IMAGE: Honwan has Ash Silva up in a Fireman’s carry.

Overall good matches, even the weaker opener served its place to build to the main event that intertwined the various relevant story lines into it.